The Federal Aviation Administration has agreed to pay the US government $90,000 to settle allegations it retaliated against a staffer who raised concerns about unqualified safety inspectors.

Those inspectors’ lack of training and of required certifications has called “into question the operational review of several aircraft, including the Boeing 737 Max and the Gulfstream GVII”, says the US Office of Special Counsel, an agency with investigation and prosecution authority. 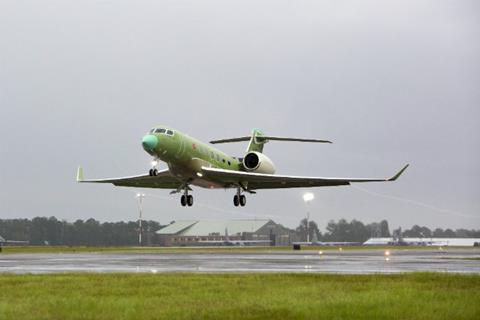 “The whistleblower disclosed that flight inspectors were certifying pilots and conducting safety check rides even though they lacked the necessary formal training and certifications required to perform that oversight,” says the Special Counsel, which disclosed the FAA’s settlement on 24 February.

It adds that the FAA’s Office of Audit and Evaluation has since substantiated the whistleblower’s allegations, concluding that “after disclosing the problem, the whistleblower faced retaliation”.

“After he made the disclosures, his managers also allegedly removed his duties and denied training requests, flight certifications, and job training opportunities,” the Special Counsel says. “The whistleblower decided to take a new position in another city in order to escape what he believed was pervasive harassment.”

Gulfstream declines to specifically comment about the whistleblower’s allegations or FAA’s settlement, but notes its G500 and G600 jets have flown more than 9,000h and that the company has “a more than 60-year history of successfully developing pilot training materials”.

The FAA says it “takes all whistleblower allegations seriously and does not tolerate retaliation against those who raise safety concerns”.

In September 2019, following the FAA’s investigation into the allegations, the Special Counsel told the US Congress and President Donald Trump that “the FAA’s failure to ensure safety inspector competency for these aircraft puts the flying public at risk”.

The FAA investigation found that 16 of 22 safety inspectors, including those as the FAA’s Seattle Aircraft Evaluation Group, had not completed formal training. Eleven of the 16 inspectors lacked “flight instructor certificates, which are a basic position requirement”, the Special Counsel said last September.

Some of those inspectors administered “hundreds” of check rides used to qualify pilots, it adds.

The FAA in April 2019 told Congress that all inspectors who worked on the 737 Max Flight Standardization Board certification activities were “fully qualified for those activities”, the Special Counsel says.