News of the recall surfaced in a 19 August regulatory filing with the US Department of Transportation (DOT) by Russia’s Volga-Dnepr Airlines, which has applied for rights to fly the engines from Washington state to Ohio.

Ohio-based GE Aviation confirms it is shipping four “compliance engines” to its Ohio facilities. Compliance engines are those that will power 777Xs during Boeing’s flight tests.

“The GE9X engines are the compliance engines that will be returned for the high-pressure compressor hardware enhancements that GE revealed at the Paris air show,” the company tells FlightGlobal. “GE Aviation remains aligned with Boeing on this effort as we work toward first flight” of the 777X. 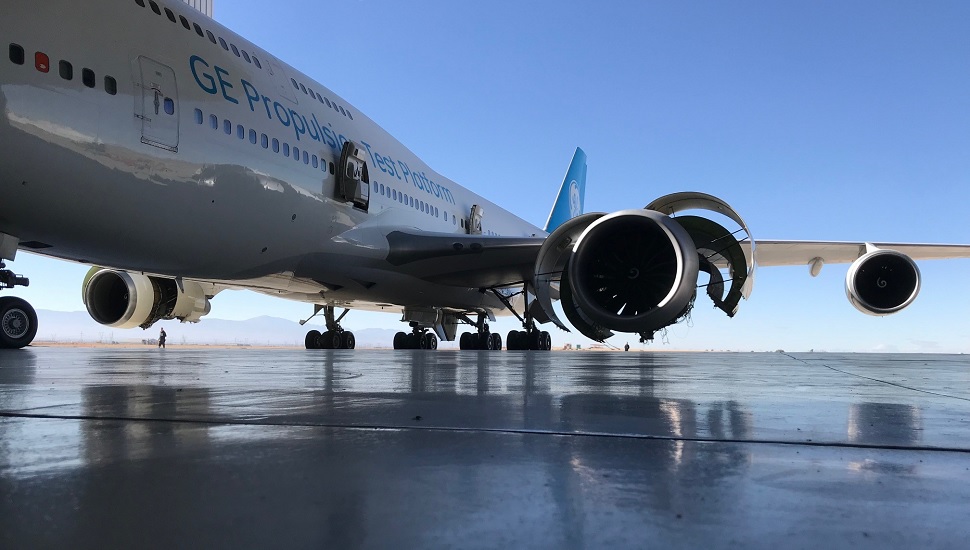 At the Paris air show, GE Aviation chief executive David Joyce disclosed that his team was redesigning a stator in the GE9X’s high-pressure compressor. The issue, detected in May, resulted in exhaust gas temperatures outside an expected range and premature component deterioration, he said.

Joyce said GE Aviation would address the problem by designing a “more-robust” component, which it would install on the eight engines involved in the GE9X test programme.

In July, Boeing publicly delayed the 777X’s first flight from 2019 to 2020, citing the engine issue as the cause. The company still aims to achieve 777X certification and to deliver the first aircraft before the end of 2020, but has conceded the timeline could slip.

Volga-Dnepr intends to transport the “GE9X engines, as well as ancillary parts and equipment”, back to GE Aviation within the next month on Antonov An-124 freighters, according to its regulatory request with the DOT. Non-US airlines wishing to operate intra-US flights generally need exemptions from US regulators.

“Approval of the requested exemption is necessary to enable Volga-Dnepr to respond to an emergency created by unusual circumstances not arising in the normal course of business,” it says. “Failure to deliver the engines by air could delay testing, production and subsequent delivery of Boeing airplanes, which would cause financial harm to GE Aviation, Boeing and their customers.”

Boeing tells FlightGlobal it “is returning the first set of GE9X test-flight engines to GE for retrofit”.

“As discussed during Boeing’s third quarter earnings call, there were some challenges with the engine that were discovered during pre-flight testing,” it says.