Sikorsky has launched a new B-model variant of its S-92 heavy-twin helicopter, featuring improved levels of cockpit automation and a cabin capable of serving multiple missions.

In addition, manufacturing efficiencies and revised supplier agreements mean that Sikorsky will be able to keep the price of the new model below that of the current S-92A. The company has not disclosed specific prices, however.

The upgrades will also be available as a retrofit package, raising in-service helicopters to an A+ designation.

"We really have an opportunity here to standardise the configuration of a lot of the basic equipment in the aircraft… and bring more multi-mission capability," Sikorsky oil and gas market segment leader David Martin tells FlightGlobal. "This is really shaping up to be a great next step in the lifecycle of the S-92."

Announced by Lockheed on 5 March during HAI Heli-Expo, the new variants reflect an effort to spark S-92 demand amid an oil and gas industry downturn that has hurt heavy helicopter sales.

Sikorsky aims for the S-92B to be available in 2022, but the company has not set a firm timeline for development or certification, saying "market interest" will determine scheduling.

Both variants will be offered with optional GE Aviation CT7-8A6 engines, improving hot and high performance.

The aircraft will also see the introduction of "phase one" of its Matrix autonomy technology, including the 2.0 iteration of its Rig Approach system and a new facility called SuperSearch. 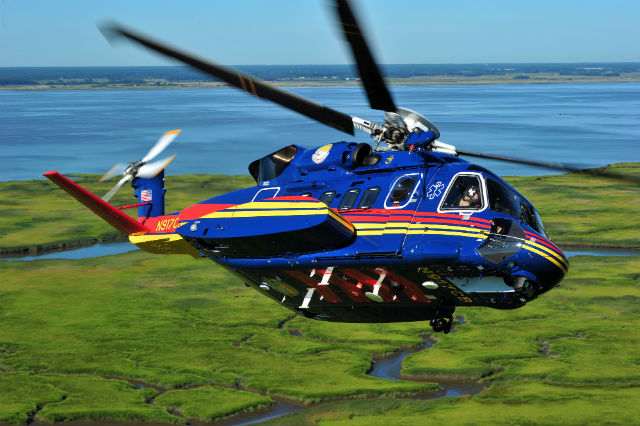 Rig Approach 2.0 will be capable of flying the aircraft from take-off until roughly 0.25nm (0.5km) from offshore rigs, at which point the pilots take over, says Martin. SuperSearch can help crew locate missing objects 20-30% faster by flying the aircraft along optimised, algorithm-created flight patterns.

"That's the initial foray into the infrastructure of a more-automated cockpit," he says.

The updated S-92s will have new aluminium "Phase IV" main gearboxes, with better resistance to corrosion and degradation than the current magnesium gearboxes, Martin says.

In addition, the new gearboxes have component replacement schedules aligned with overhaul schedules, which, Martin says, can cut operating costs by 20-30% for companies enrolled in Sikorsky's power-by-the-hour plan.

A test of the new gearbox operating without primary lubrication for the equivalent of 500nm of flight at 80kt (148km/h) revealed "no discernable anomalies", Sikorsky says.

The S-92B will also have larger windows and a cabin door suitable for multiple missions, and both variants will have new cabins that operators can easily convert between search and rescue and offshore oil fit-outs.

That feature brings value to companies that fly S-92s for multiple customers and to lessors interested in remarketing off-lease S-92s, says Martin.

"Now [buyers] have the flexibility to put that aircraft in multiple missions, multiple regions of the world," he says.

Sikorsky holds outstanding orders for 33 S-92 variants, though those include 15 CH-148 aircraft for the Royal Canadian Air Force and six US presidential VXX helicopters for the US Marine Corps, according to Cirium's Fleets Analyzer.

The Company has produced about 300 S-92s, including military variants, and 277 remain in service, data shows.