Zunum Aero, a Boeing and JetBlue-funded aerospace startup, has reported significant delays to its hybrid-electric aircraft development project amid reports the company has essentially shut down operations due to insufficient funding.

Citing statements made by former staffers, Forbes reported last week that Zunum laid off most of its 70 staffers in November 2018 and vacated facilities in Indianapolis and Bothell, Washington.

The company ran out of cash but was pursuing an agreement to land more funding and remains committed to developing electric-powered flight, according to Forbes and The Seattle Times.

Zunum did not respond to multiple requests for comment but in a recent quarterly report said its project to develop a hybrid-electric aircraft was one year late.

"Zunum Aero has experienced delays in investor fundraising since October 2018 and is looking at up to one full year programme delay at this point," says the report, filed with the Washington state Department of Commerce.

The Commerce Department has provided Zunum with $281,683 in funding, part of a grant of up to $800,000 for the purpose of developing a prototype of an aircraft powered by a roughly 1,340hp (1,000kW) hybrid-electric propulsion system.

It intended to develop aircraft with 10-50 seats. 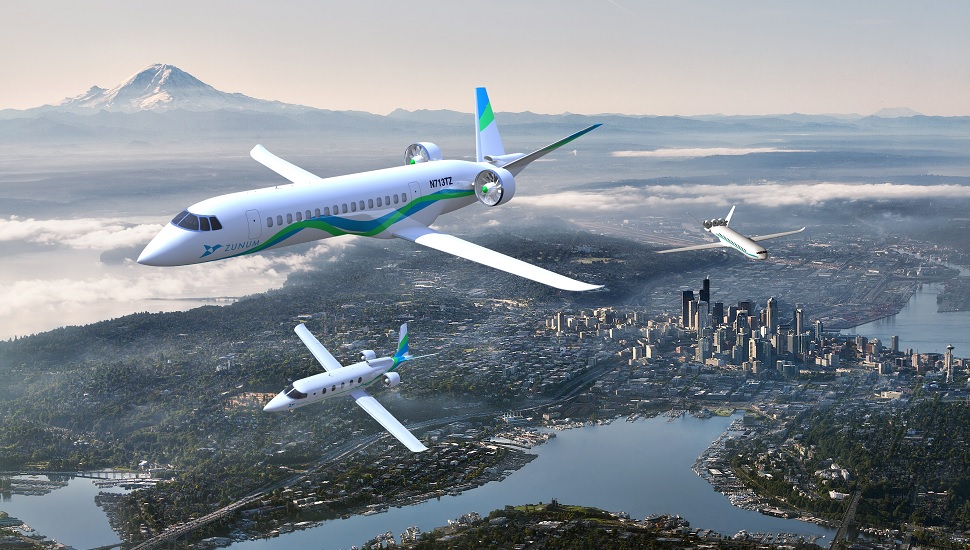 Boeing did not immediately respond to a request for comment from FlightGlobal.

JetBlue Technology says it was "an early-stage investor in Zunum".

"As is the case with all our investments, we partner with startups to gain strategic insights into emerging technologies, like electric propulsion. We are aware that Zunum is continuing to fundraise amidst a growing market for electric aircraft," JetBlue Technology adds.

Story updated on 11 July to include comments below from Zunum and Boeing.

“Like startups often have to do, we have been navigating a challenging period. However, our team remains committed to a future with electric flight everywhere," says Zunum chief executive Ashish Kumar. "We are a group of persistent problem-solvers and are continuing to make progress toward our goal.”

Boeing says that after being an "early investor in Zunum" it is "currently taking a more-passive approach to our relationship, as the company is searching for additional funding".

"Boeing is committed to investigating new technologies that will bring greater fuel efficiency and environmentally progressive innovations to its customers and communities around the world," Boeing adds. "One such technology Boeing is exploring is groundbreaking electric and hybrid-electric propulsion systems, a key enabler in future electric air transportation."