The Federal Aviation Administration may require Boeing 737NG flight manuals to include updates now required for 737 Max manuals. Additionally, 737NG pilots are now subject to some new training requirements that the FAA rolled out on 18 November as part of lifting of the Max’s grounding.

“We do have an interest in making sure there’s consistent training [and] standards” between the 737NG and 737 Max, FAA administrator Steve Dickson says on 18 November. 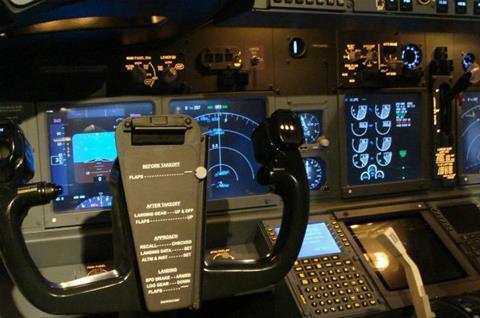 Details about how the Max’s clearance might affect the 737NG were included in two documents accompanying the FAA’s 18 November order rescinding the Max’s grounding.

One was an airworthiness directive (AD). That document describes various changes required for the Max, including to the jet’s flight control system.

The AD also calls for various updates to 737 Max’s “non-normal procedures”, which are detailed in that jet’s aircraft flight manual (AFM). Pilots use those procedures to address flight issues.

The FAA “expects” Boeing will apply those same updates to the 737NG’s flight manual, the AD says.

“The FAA is considering mandating these 737NG AFM changes by a separate AD rulemaking action,” the agency adds.

The AD also specifies that 737NG pilots must receive some new training developed by the FAA in response to the two Max crashes.

The new training includes reviews of the jet’s flight control computer, electric and manual stabiliser trim, unreliable airspeed, the condition known as “runaway stabiliser” and the effect of aerodynamic loads on the stabiliser.

“Therefore, pilots serving in mixed fleet operations of the Boeing 737 Max and the Boeing 737NG will have consistent procedures and training in both airplanes,” the AD says.