Embraer sees an opportunity to develop a new 50-seat jet, and SkyWest has interest in ordering several hundred.

But that does not mean such an aircraft will actually get built.

An airline industry conference this week highlighted debate about the amount of demand for new 50-seat jets and the market dynamics that have left airframers unwilling to commit.

"There is an opportunity in the sector," Embraer head of market strategy Victor Vieira says at the Boyd Group International Aviation Forecast Summit on 27 August. "Currently, it makes sense to have a new 50-seater."

"We have about 200 of them now. We know that we could fly 150 of them for a very, very long time," he tells FlightGlobal. "There is still good demand for 50-seaters."

Debate about the fate of 50-seaters becomes more urgent each year as the existing fleet inches toward retirement. No replacements exist.

United has responded by converting 70-seat CRJ700s to a new 50-seat derivative dubbed the CRJ550, to be operated by regional partner GoJet Airlines.

Airlines worldwide operate roughly 1,100 jets in the 50-seat category, nearly all CRJs and ERJs, according to Cirium fleets data. US carriers operate some 700 of those, many more than 20 years old. 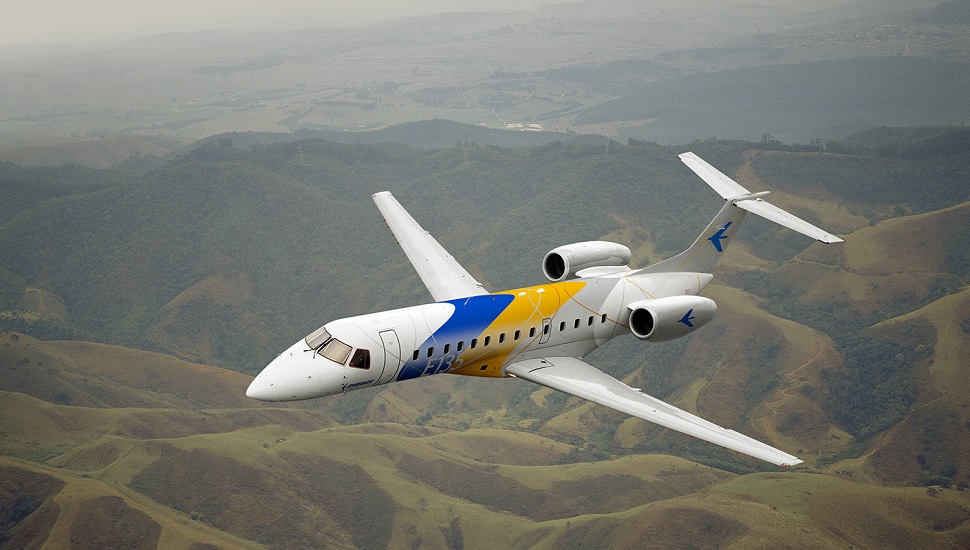 Though Embraer sees opportunity, Vieira says the business case remains uncertain. He questions whether US carriers will eventually replace most 50-seaters with larger aircraft.

That would be more likely if US major airlines succeed in negotiating changes to "scope clauses" in their pilot contracts. Those clauses specify the number of regional jets, by seat count, that the regional partners of the major airlines can operate.

Observers have also said a pilot shortage could steer airlines toward larger jets.

"The point is, will it be worthwhile from an economic standpoint?" Vieira says of developing a new 50-seater. "There has to be a sound business case to justify it."

Michael Boyd, the consultant whose company hosted the conference, thinks 50- to 70-seat jets will be gone from US fleets within several years.

Such a change would mirror the trend of US airlines switching to larger aircraft and cutting service at small communities. Turboprops are nearly gone from the US market, too.

"Fifty-seaters, their day is coming to an end," Boyd says on 27 August.

Childs disagrees. He sees no shortage of pilots and predicts 50-seaters will fly for years.

Childs has had discussions with Bombardier, Embraer and Mitsubishi Aircraft about developing a new aircraft, which he concedes is a tall order.

Embraer might seem the most capable of pursing such a project, though its future remains uncertain amid a pending takeover of its commercial division by Boeing. Bombardier has nearly exited commercial aviation and CRJ production is wrapping up. Mitsubishi has its hands full with development of its SpaceJet regional jet.

"The problem…is you have scope," Childs says. "What we are asking them to do is to make an airplane that only fits in the United States."

SkyWest is also eyeing investments to extend the service life of its existing 50-seaters. Many of those have logged 30,000 cycles but could fly to 60,000 cycles, equating to 10 or 15 more years of service, Childs says.

"The [financial] return for us on the 50-seaters is strong enough today that we can put a lot of capital into these aircraft and continue to fly them," he says.