The engine, assembled by Mitsubishi Heavy Industries Aero Engines (MHIAEL) in a facility outside Nagoya, has since passed P&W's production acceptance examination and will now enter the MRJ flight-testing programme, says P&W in a media release.

P&W developed the PW1000G line of geared turbofans, but partnered with Mitsubishi Heavy Industries to help manufacture and assemble the MRJ's PW1200G. News broke in July that MHIAEL has started assembling the first PW1200G. 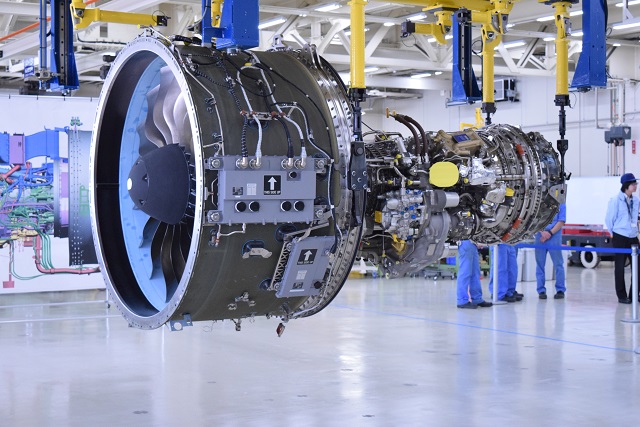 Mitsubishi's aero engine unit is now constructing a PW1200G test and production assembly site in the Nagoya suburb of Komaki, which will be one of two global PW1200G assembly sites, the release says.

The other is P&W's facility in the Canadian city of Mirabel, near Montreal.

MHIAEL is still working toward obtaining certification from the Federal Aviation Administration for its Komaki facility, says P&W.

“We’re gearing up intensely as we prepare for production by building the capacities and expertise we need to perform this critical work," MHIAEL chief executive Katsuyuki Shimauchi says of his company's PW1200G work.

The FAA certified the PW1200G in 2017. The MRJ remains in flight testing, and Mitsubishi Aircraft anticipates delivering the first aircraft – an MRJ90 variant – in 2020, it says.

P&W did not immediately respond to questions about how many PW1200Gs MHIAEL will assemble, or about when the Komaki shop might receive FAA certification.