Some financial analysts suspect airframers might further cut aircraft production in 2021 owing to the depth of the pandemic-driven aerospace downturn.

“Aerospace manufacturer build rates will likely be cut over the next year as deliveries from Airbus and Boeing miss expectations,” says recent report from Bloomberg Intelligence.

“Airbus may been to cut its 40-a-month rate on the A320 unless demand improves quickly and significantly,” the report adds. 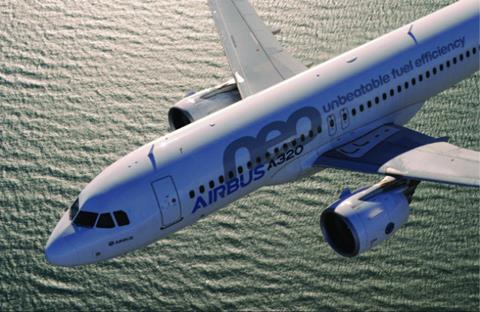 An Airbus A320neo powered by a Pratt & Whitney PW1100G turbofan

It notes that Boeing has aimed to deliver, in 2021, roughly 450 737 Max – aircraft the company produced but has not delivered owing to the regulatory grounding.

Reaching that goal “will be difficult, especially as airlines have little need for planes,” Bloomberg writes.

Teal Group analyst Richard Aboulafia likewise thinks more rate cuts are possible. He notes Airbus and Boeing have been unable to deliver all the jets they are now producing. As a result, the companies are sitting on costly stockpiles of new aircraft.

“It’s clear that, for a time, while there’s a surplus of already-built jets, they might just be considering lower rates,” Aboulafia says. “I think that there’s a very strong chance of it, especially on twin-aisles.”

Airbus and Boeing could disclose more details about their 2021 plans in the coming days when they issue third-quarter financial results. Boeing intends to release its results on 28 October, followed by Airbus the following day.

Boeing has not specified near-term 737 Max production rates, saying only that its output will reach 31 Max monthly by early 2022.

In recent days, some US airline executives have expressed optimism that demand for leisure air travel will rebound amid upcoming end-of-year holidays.

“Our expected delivery rates are lower than Boeing and Airbus guidance,” Bloomberg says. It anticipates Airbus and Boeing will each deliver about 30 jets (737 Max, A320neos) monthly in 2021.

Bloomberg expects neither company will increase widebody production in 2021. “Demand for the largest twin-engines, the Boeing 777-9 and Airbus A350-1000, won’t rebound soon,” it says.