PARIS: Boeing Next chief lays out future of air travel

Boeing foresees a time when supersonic and hypersonic aircraft connect the world's cities, with small electric air taxis shuttling passengers within them.

With the exception of supersonic, such technologies remain untested for commercial applications.

But Boeing's technology development unit Next sees such aircraft in its future.

Next is showcasing its prototype two-passenger electric vertical take-off and landing (eVTOL) aircraft at Paris. It is also developing hypersonic technology and a supersonic business aircraft through a partnership with Aerion. 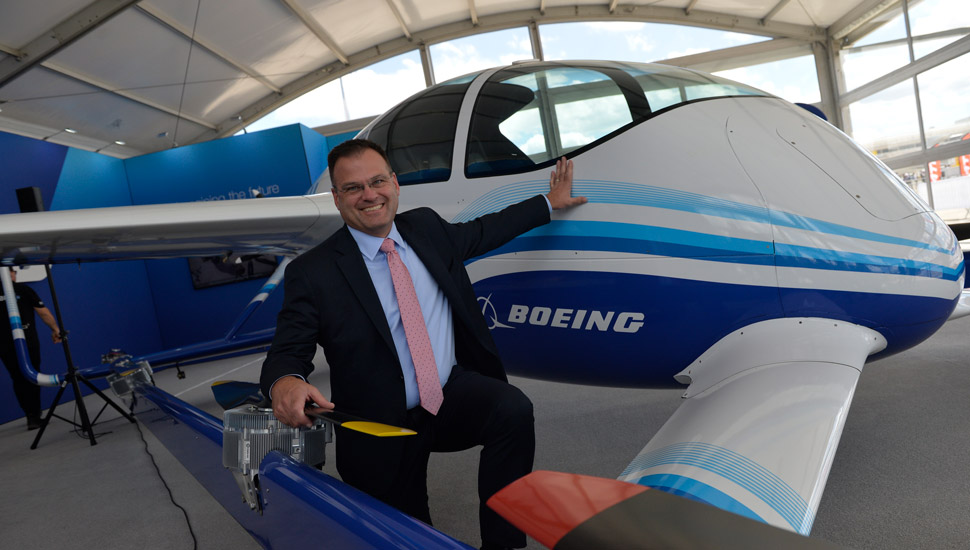 "We are focused on this because of some of the dynamics happening in the world today," Next vice-president Steve Nordlund says of Boeing's eVTOL vehicle.

Nordlund, who made his comments during a Paris press briefing, says the advancing state of technology and the need for travel alternatives within traffic-choked cities makes air taxis viable.

Next developed the eVTOL in partnership with subsidiary Aurora Flight Sciences. They flew the aircraft for the first time in January from an airport near Washington, DC. The prototype has eight lifting props and one cruise prop.

Now the company is working to mature the technology with the aim of eventually designing an eVTOL aircraft capable of carrying passengers on flights up to about 43nm (80km).

As part of those efforts, Boeing and Texas technology company SparkCognition in 2018 created SkyGrid, a company charged with developing software to integrate air taxis into the broader air traffic system.

And last year, Boeing unveiled a concept for a passenger-carrying, Mach 5-capable hypersonic aircraft, with an executive at the time saying such an aircraft could fly in 20 or 30 years.