The team behind the Perlan II is kicking off a fourth flying season with the goal of soaring the unpowered aircraft to a record altitude of 90,000ft this year.

That would be the highest Perlan II can safely fly and a milestone for the Airbus-supported project, which aims to gather high-altitude climatic and aerodynamic data.

Perlan Project, the venture supporting the Perlan II, hopes to fly the aircraft for the first time this year on 15 May, weather permitting. That flight would leave from Nevada’s Minden-Tahoe airport, which sits east of the Sierra Nevada mountains.

But the real high-altitude testing will occur later this year and about 5,930nm (11,000km) south, in the Argentine town of El Calafate. There, Perlan II’s pilots hope to ride Andes mountain air waves to record-breaking altitudes. 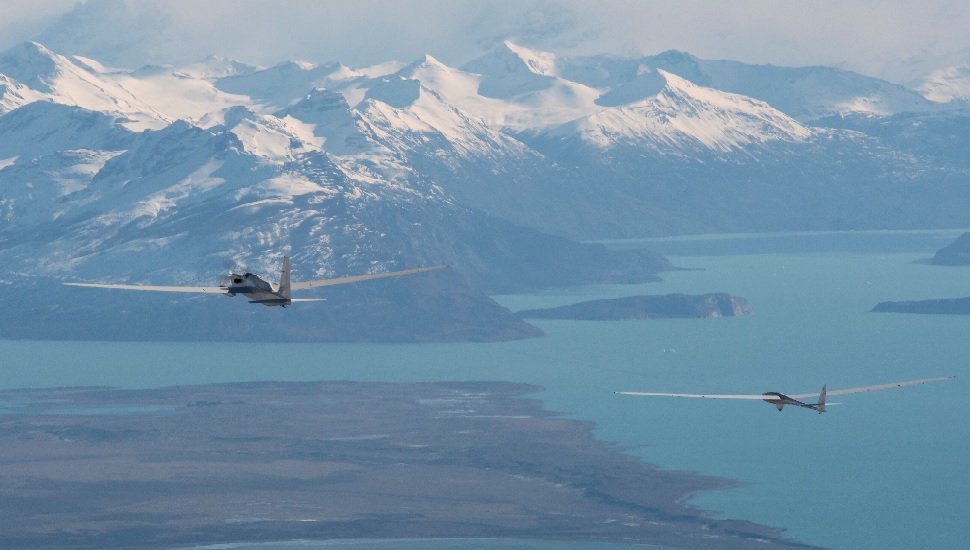 The project could also help advance technologies to help aircraft to take advantage of atmospheric conditions, such as by flying with the best possible tailwind, Airbus adds.

The Perlan II’s predecessor, the unpressurised Perlan I, broke a glider record in 2006 when it reached an altitude of 50,722ft. 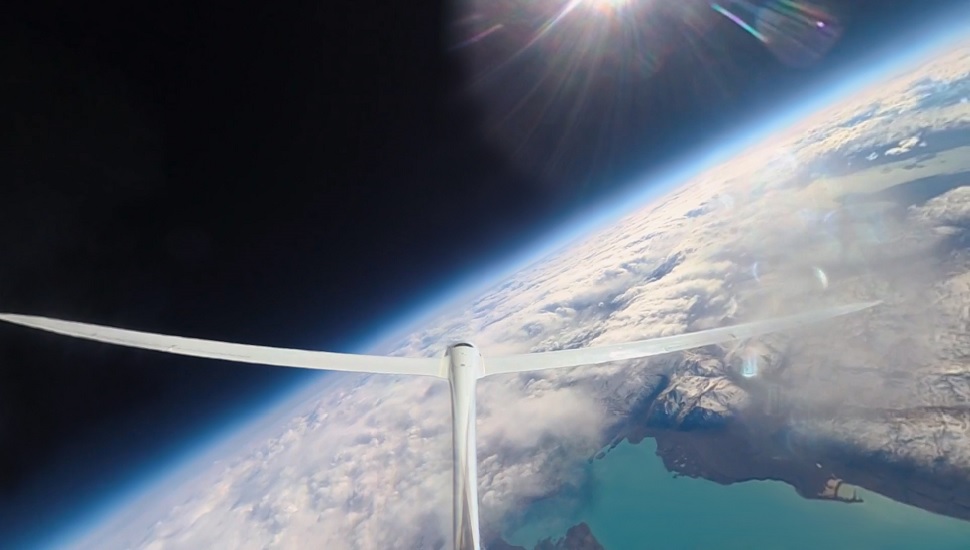 A shot from Perlan II's tail camera at roughly 76,000ft

Perlan expects to ship the Perlan II to El Calafate next month and to begin flying from there in early August.

At 90,000ft, the aircraft’s true airspeed – relative to the outside air – is 6.7 times its indicated airspeed (KIAS). That means at a cruise speed of 50KIAS, Perlan II is actually zipping through the sky at close to 350kt, says Payne.

Such speed enables the aircraft to remain relatively stationary at 90,000ft amid winds that can reach 150-200kt – something a hot air balloon cannot achieve.

“We think we are unique in that we can hover above the ground,” Payne says. “It’s hard [for other aircraft] to gather data in one spot over time.”

New technology for the team this year includes a “wave visualisation” system that can help the pilots find “lines of rising and sinking air”, says Payne.

The system displays likely locations of air waves based on computer models that account for topography and weather data. 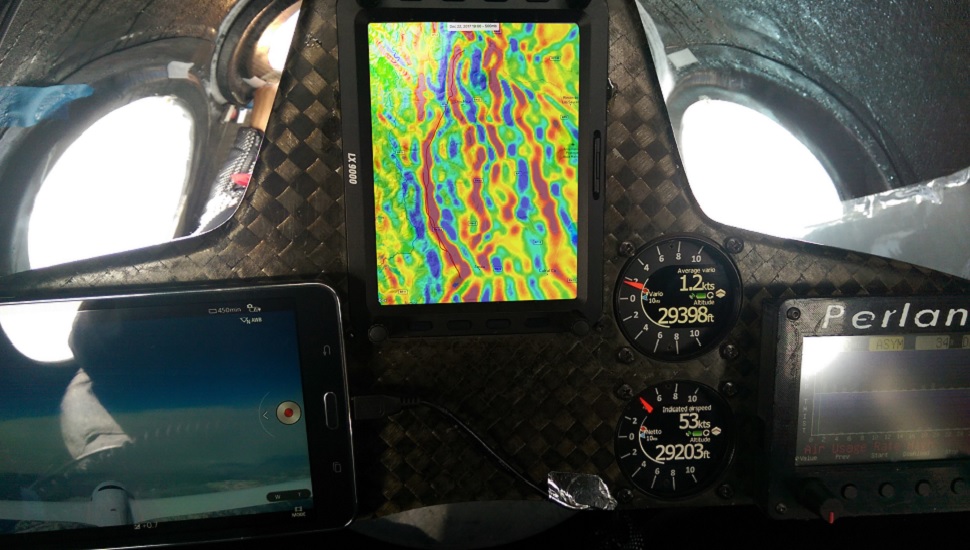 The aircraft also has an updated data acquisition system, including technology capable of detecting “microturbulence”, and an improved inertial navigation system, he adds.

The 2019 flight tests will wrap up later this year, though Payne hopes that the project will continue. Some team members have even talked of a potential “Perlan III” aircraft capable of breaking more altitude records, he says.