Boeing has flipped on the power to its first 777X test aircraft, a move that allows the company to progress with a broad array of systems tests prior to next year's planned first flight.

The company performed the power-up in early December at its site in Everett, where two flight-test 777Xs are in final assembly.

The power-up procedure occurs when airframes move to the final position in the assembly process and enables "hundreds of functional tests" to be performed, says Boeing.

The process does not include starting the 777X's GE Aviation GE9X engines. 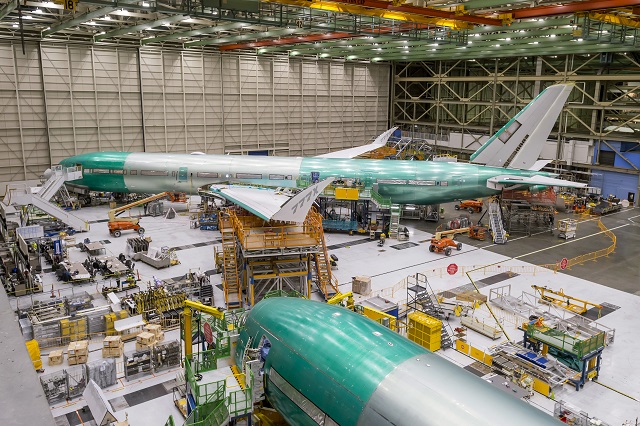 The test aircraft is scheduled for first flight in 2019, and Boeing expects to begin 777-9 deliveries in 2020. Boeing has orders for 316 777X, according to Flight Fleets Analyzer.

Chicago-based Boeing has been providing updates on the 777X production progress via social media posts in recent months. It will broadcast a live video tour of the powered-up 777X airframe via Facebook on 6 December.