Airbus's goal of bringing its new Airspace cabin to all its aircraft models is coming closer to reality.

The European manufacturer, which already offers Airspace-equipped A350s, has firmed up its A320 Airspace design and completed proving flights of an Airspace-equipped A330-900neo, Airbus vice-president of cabin marketing Ingo Wuggetzer told reporters on 25 September.

An open question, however, remains when or if Airbus will design an Airspace derivative for its newly-acquired A220, formerly known as the CSeries.

"The target is [that] we achieve a single experience cross-fleet," Wuggetzer tells reporters during the Airline Passenger Experience Association's annual expo held in Boston this week.

A rendering of an A350 Airspace cabin 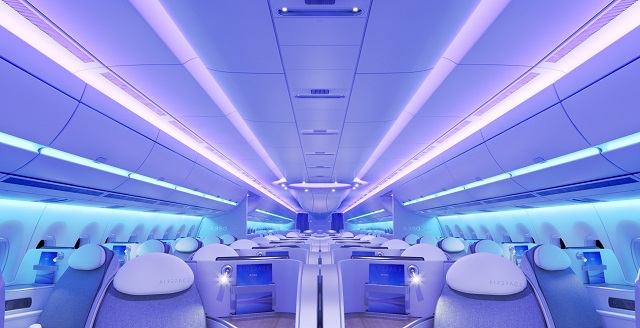 Airbus placed an Airspace-equipped A330-900neo (a future TAP aircraft) through about 150h of flight testing, flying the aircraft to 16 cities over 18 days, it says. 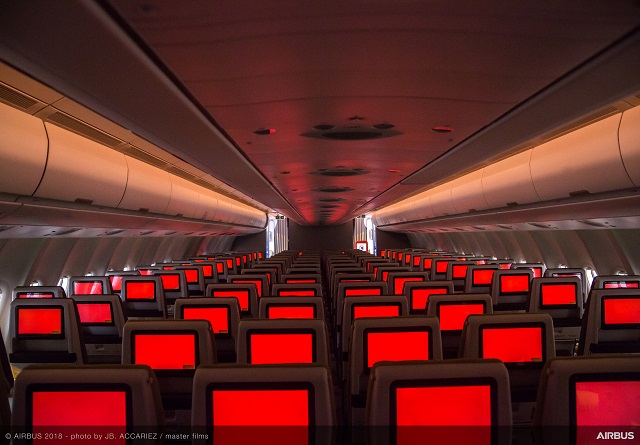 Meanwhile, Airbus continues working toward a goal of delivering its first A320-family aircraft with the Airspace cabin in 2020.

"The industrialisation is on track," Wuggetzer says of that project. "We have identified all suppliers."

Diehl Aerospace will supply A320 lavatories, lighting and sidewalls, while Austrian company FACC will provide overhead bins and the door area, Airbus says.

The new bins, which Airbus calls the "XL Bin", have 40% more volume than earlier-generation bins and can accommodate roller bags on their sides, Airbus says.

The airframer will introduce the XL bin in early 2019 when it completes the first A320-family cabin retrofit for American Airlines, Wuggetzer says.

Some 300 of American's Airbus narrowbodies will be retrofitted with the Airspace cabin, he adds. 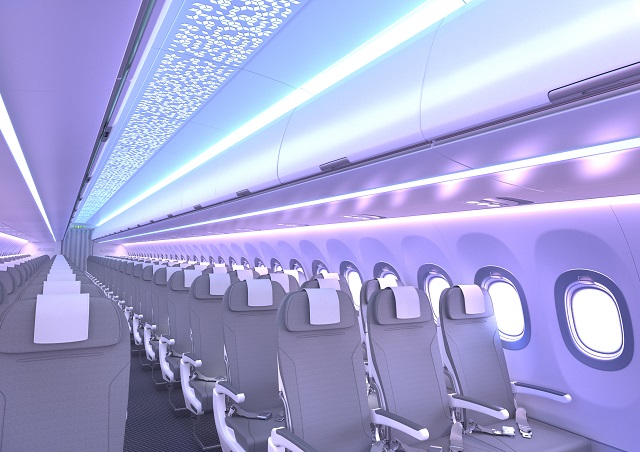 Airbus has received orders from thirteen airlines for more than 800 A320 Airspace cabins, including cabins on new and retrofitted aircraft, it says.

A220 CABIN UNCHANGED FOR NOW

Airbus has yet to announce changes to the cabin of its A220. Airbus purchased majority ownership of that aircraft from Bombardier earlier this year.

Wuggetzer insists the A220 already has a modern, spacious and well-conceived cabin, which is supplied by Zodiac Aerospace.

Still, he can envision areas of improvement and notes Airbus prefers for customers to have a choice of cabin suppliers.

"We don't have to, but we might," Wuggetzer says of potential A220 cabin changes.