Boeing has released its first images of a largely-assembled 777X and disclosed details about the structural testing its static test 777X will soon undergo.

The company posted video of its static test 777X and its first flight-test 777X on social media on 5 September.

Both aircraft are 777-9 variants and were at Boeing's Everett manufacturing site. 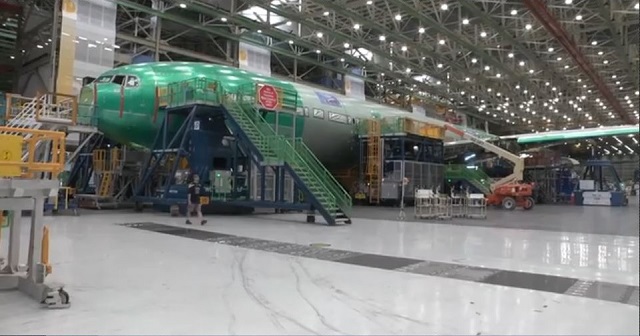 Boeing, which had previously released only digital renderings of the 777X, says the video follows the recent completion of the joining of the static test aircraft's body sections.

That test airframe will be the first 777X off the line at Boeing's Everett site, Doreen Bingo, Boeing's static test aircraft lead, says in the video.

The test airframe lacks engines and avionics systems and will be used exclusively for ground-based testing, she says.

Boeing will soon subject the airframe to a series of tests designed to evaluate the strength of structures like the wings, struts and the fuselage.

For instance, Boeing will "attach loads to the wing and distribute the load in a way that emulates air loads", she says. When subjected to this "ultimate load" test, the wing of the original 777 flexed 8.1m (26.5ft).

The static test aircraft's wing includes the wingtip but lacks the wingtip folding mechanism that will be found on production 777Xs, she says. 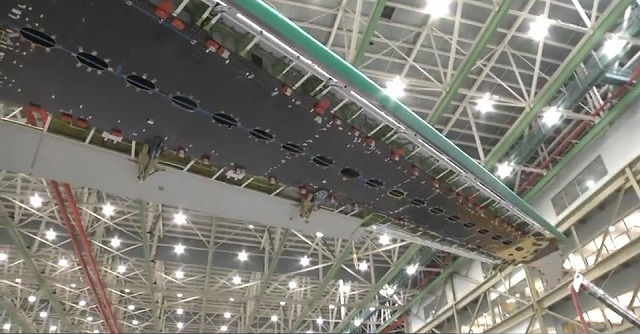 "The static test is our opportunity to verify… all the load-bearing parts of the structure," says Bingo. "The intention is to test the structural strength of the airframe."

Boeing has not disclosed the timeline of its static test schedule.