UPS confirms that its newly-ordered Boeing 747-8 Freighters will be delivered by the end of 2022, at which time the company will have 28 of the aircraft in its fleet under its current fleet plan.

The express package delivery provider announced on 1 February, 30 years to the day of the founding of the company's air arm UPS Airlines, that it converted 14 options for 747-8Fs into firm orders.

UPS also announced an order for four new 767 freighters, with three of those aircraft to be delivered in 2019 and one in 2020, says UPS.

"The aircraft will be delivered on an expedited schedule, building on the company’s 2016 order of 14 Boeing 747-8 freighters. All 32 of the jets will be delivered by the end of 2022, adding more than 9 million pounds of cargo capacity," says UPS.

The 14 newly-ordered 747-8Fs are in addition to four 747-8Fs that UPS already has received from Boeing and an additional 10 still-undelivered aircraft from its earlier order with Boeing. That includes one 747-8F that Boeing delivered to UPS in January.

UPS attributes its additional fleet growth to strong domestic and international demand for air shipments and to the recent overhaul of US tax law, which reduced the corporate income tax to 21% from 35% for profits in excess of $10 million.

The incoming 747-8Fs will create a "cascade" effect within the fleet, enabling UPS to shift larger aircraft like A300s and MD-11s to routes currently served by 757s and 767s, it tells FlightGlobal.

Some 125 of those aircraft arrive in Louisville daily, landing in the early morning hours and typically carrying more than a million packages. UPS unloads and sorts those packages at its 483,100m2 site, then sends the aircraft back out in a highly-automated and choreographed process that is completed in several hours. 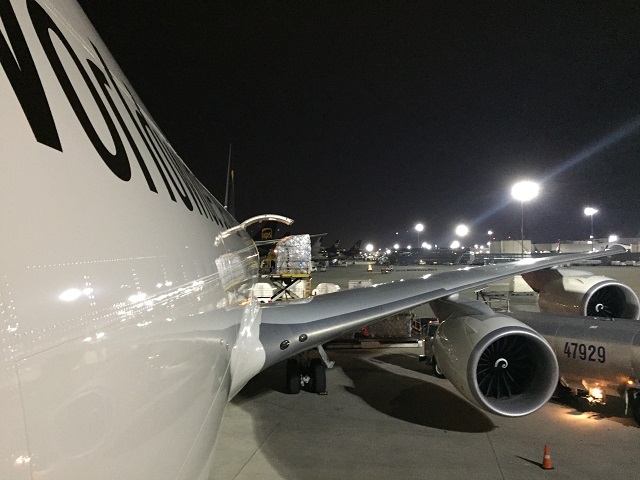 Workers unload a UPS 747-8F (N607UP) at Louisville early on 1 February, following a flight from Anchorage 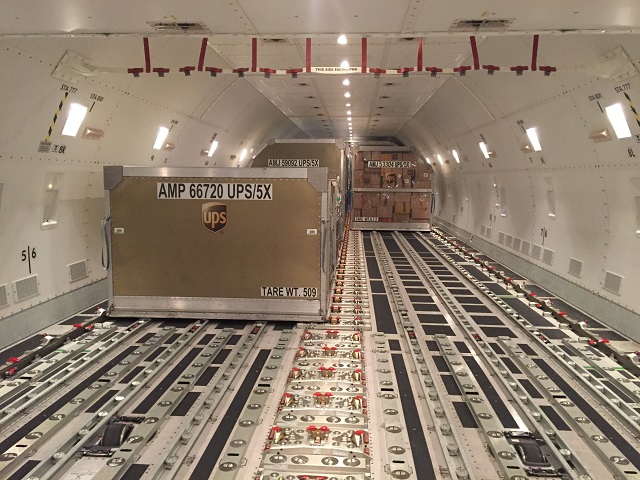 The company typically deploys 747-8Fs on high-traffic trunk routes to Asian cities, connecting in Anchorage to UPS' primary hub in Louisville and to other hubs in Philadelphia; Rockford, Illinois; and Ontario, California.

Meanwhile, UPS has embarked on a plan to upgrade cockpits of its A300s, 757s and 767s to enable those aircraft to operate for decades and to comply with US air traffic control modernisation.