The US Federal Aviation Administration has proposed new aircraft efficiency rules that leave uncertain the ability of Boeing to keep selling 767 Freighters for delivery after 2027.

An official with Boeing says the company hopes to find a means of ensuring 767 deliveries can continue. But the official adds that Boeing is evaluating a possible 767F replacement, potentially including a freighter version of its 787.

The FAA released its proposed aircraft-emission standards on 15 June. The move stands to align US standards to those set by aviation group ICAO in 2016. 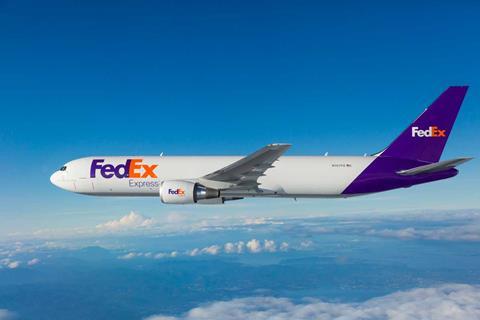 Regardless of the FAA’s action, the 767’s future remains in limbo due to the ICAO standards.

The FAA’s emission caps are to apply to large aircraft manufactured after 1 January 2028, “regardless” of when those types were certificated, says the agency’s proposal.

The standards would also apply to new aircraft types submitted for certification after 1 January 2021. They would not apply to aircraft already in service.

The FAA’s proposal lays out emissions requirements and complex means of proving compliance. The agency says the standards will apply to “the upcoming Boeing 777X and future versions of the 787 Dreamliner”, and to Airbus A330neos.

The proposed rule does not specifically mention 767s.

However, the proposal is the FAA’s regulatory response to aircraft-emissions caps required under a 2021 rule issued by the US Environmental Protection Agency. That rule calls 767s “non-compliant”.

Speaking to reporters in Everett on 15 June, Boeing freight customer leader Brian Hermesmeyer says the US manufacturing giant intends to explore means of producing 767s beyond 2027. But he declines to specify how.

“We will continue to work with regulators and customers, to work within sustainability frameworks, to make sure that the 767 may have a possibility to continue,” Hermesmeyer says.

“Are we looking at different freighter platforms in that space? Absolutely,” Hermesmeyer says.

He calls a 787 freighter “a natural place for us to look”.

“For now, Six-Sevens will be delivered through the end of 2027, and we will make sure that we have the right airplanes in the right space for the market,” Hermesmeyer adds.

The FAA declines to comment about the rule’s impact on 767s.

Boeing found a winner in the freighter version of its ageing 767 platform. The type has proved particularly popular among express package deliver companies, including haulers of e-commerce packages.

Boeing holds outstanding order for 61 767Fs, most on order with FedEx and UPS, according to the company’s data.

The FAA is accepting comments about its proposed rule through 15 August.

The rule is part of the climate action agenda of the administration of president Joe Biden. The US government has pledged for the country’s airline sector to achieve “net zero” carbon emissions by 2050.

The rule sets fuel-efficiency standards based on carbon dioxide emissions. It “accommodates a wide variety of fuel efficient measures when manufacturing planes, including improvements to aerodynamics, engine propulsion efficiency and reductions in an aircraft’s empty mass before loading,” says the FAA.