Participants in a panel on aircraft recycling at this year's Global Sustainable Aviation Summit highlighted the potential need for more decommissioning facilities to cope with rising retirements, as well as the challenge that lies in securing a second market for carbonfibre.

The summit, held in Geneva on 3-4 October, was organised by IATA affiliate the Air Transport Action Group (ATAG).

Tim Zemanovic, who is president of US recycling plant Jet Yard, forecasts that 12,000 airliners will need to be recycled over the next 20 years.

"It's been averaging 400-600 aircraft a year for the last several years," he says, putting the annual value of the teardown business at $80 million.

Zemanovic feels there is sufficient recycling capacity to cope with the growing numbers of aircraft retirements – but fellow specialist Pierre Bonnichon, business development manager at Tarmac Aerosave, is not so sure.

"I think for storage purposes you will find space, but when it comes down to the decommissioning process and achieving the best recycling rates, there might be a shortfall at some stage,” warns Bonnichon. 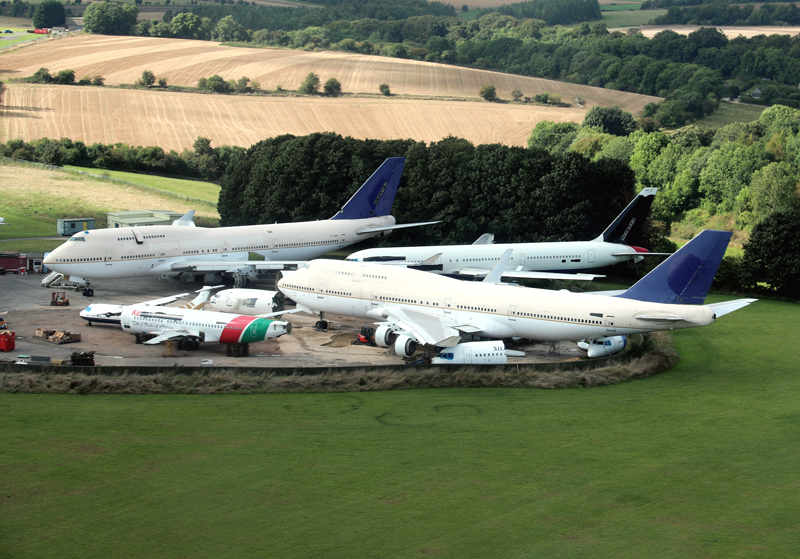 Around 40-50% of the aircraft by weight "is returned back into the aircraft parts market", says Zemanovic. He notes that typically, around 85% of each airliner being decommissioned today is recycled in some way, with about 15% going to landfill. The aim is to increase the recycled portion to 95%, he adds.

Airliners being recycled today are constructed largely of aluminium – a material which has multitude of second-market opportunities. But newer aircraft like the Airbus A350, Boeing 787 and Bombardier CSeries make extensive use of carbonfibre, which could prove problematic when these reach their end-of-life.

While carbonfibre can be recycled today, "the challenge is to find an end user", says Kahina Oudjehani, head of ecodesign and environmental affairs at Bombardier. "Who's going to buy the carbonfibre from the recycler? That's the challenge."