“It looks… to us like it’s probably going to be a requirement that allows [pilots] to get back and flying,” Donnelly says of potential 737 Max pilot training regulations.

He cites a possible “transition course” for the first pilots, possibly referring to training that focuses on how the 737 Max differs from earlier-generation 737NGs. That training is also called “differences” training.

“Then [it] would mandate actual Max sim training later on,” Donnelly adds.

He did not elaborate and Textron did not respond to requests for more information. The company’s Tru Simulation and Training division makes 737 Max simulators. 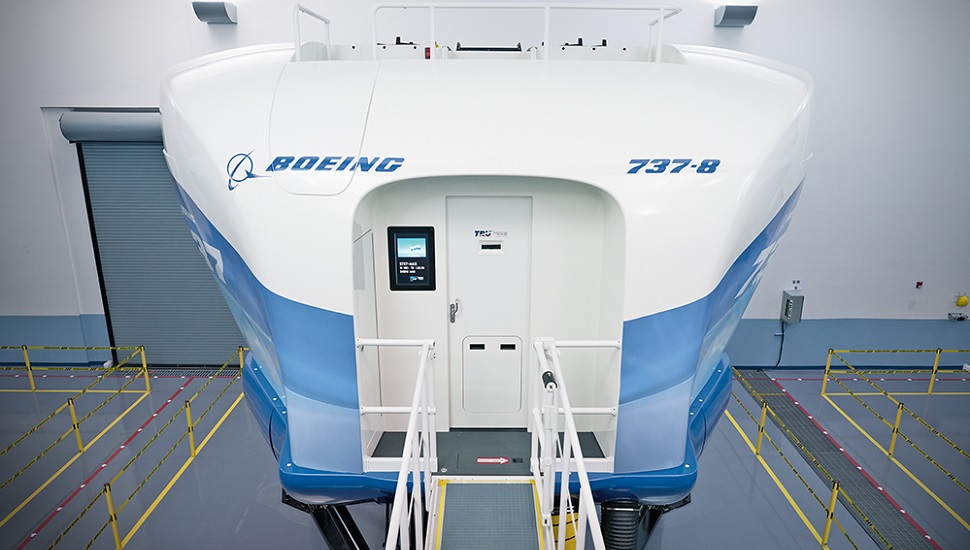 Donnelly specifies that requirements regulators might impose as part of their decision to lift the 737 Max grounding remain unknown.

“A lot of this will depend on… how all this plays out in terms of the recommendations or requirements that FAA and EASA put on airlines,” Donnelly says.

The FAA did not respond to questions about potential simulator time.

“We’re following the lead of the regulators and not going to speculate on the situation,” Boeing tells FlightGlobal.

Pilots of those aircraft did not recover from sudden dives caused by erroneous activation of a flight control system called the maneuvering characteristics augmentation system.

Such training could involve computer-based “differences” training to teach pilots how the 737 Max differs from the 737NG, or possibly simulator requirements.

But, some observers note, requiring all 737 Max pilots to train on the relatively small number of available 737 Max simulators could take many months, further delaying the aircraft’s full return to service.

The company has already delivered the machines to Boeing and “several 737 Max customers”, he adds.