Citing violations of export restrictions, a US federal judge has authorised the US government to seize a Boeing 787-8 and Gulfstream G650ER owned by Russian billionaire Roman Abramovich.

It is unclear how the government intends to actually seize the aircraft, or whether doing so would be feasible. 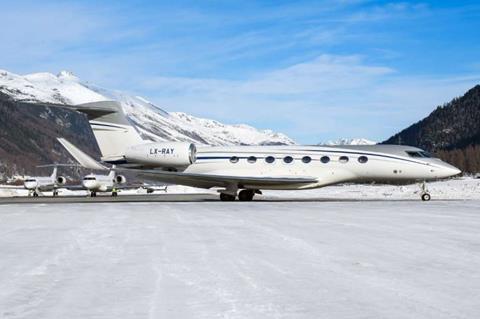 The US government is looking to seize this Gulfstream G650ER

One aircraft – the G650ER – is now in Russia, while the 787-8 is in the United Arab Emirates, the US Department of Justice says on 6 June.

Judge Sarah Cave with US District Court for the Southern District of New York signed a warrant on 6 June granting the US government authority to take the jets.

“The Boeing and Gulfstream are owned and controlled by Roman Abramovich, a Russia national, through a series of shell companies in Cyprus, Jersey and the British Virgin Islands,” the DOJ says.

Abramovich is a industrial magnate whose interests have included steel and nickel production. He also owned Chelsea Football Club, but sold the UK Premier League team in May.

Wenham and Clear Skies are ultimately owned by an entity called The Europa Settlement Trust, of which Abramovich is beneficiary, the DOJ says.

Judge Cave authorised the jets to be seized due to “violations of the Export Control Reform Act and the recent sanctions issued against Russia”, the DOJ adds.

The USA levied the sanctions in response to Russia’s February invasion of Ukraine. The measures restrict the “transfer of US-manufactured aircraft and aircraft parts and components to or within Russia without”, the DOJ says. 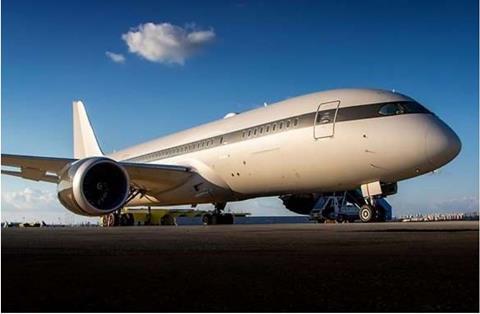 The 787-8 controlled by Abramovich

Asked how the US might go about seizing the aircraft, the DOJ says, “We regularly work with foreign partners to execute seizure warrants, as we have in Spain, Fiji and elsewhere”.

The DOJ does not elaborate but says its investigation is ongoing.

The US government is also seeking penalties against Abramovich of “up to twice” the value of the jets.