AirAsia X crew did not follow procedure in engine failure

Faced with a right engine failure, the flight crew of an AirAsia X Airbus A330-300 not only failed to follow the proper response procedures, they also chose to divert the stricken aircraft to an airport further away.

In releasing its final report into the 2016 incident, the Australian Transport Safety Bureau (ATSB) stressed the importance of following proper procedures when facing an engine incident.

ATSB’s director for transport safety Stuart Godley adds: “It also highlights that those procedures need to be designed with clarity.”

The AirAsia X A330, registered 9M-XXD, was operating a flight from Sydney to Kuala Lumpur on 16 August, 2016, when the incident happened. It was carrying 234 passengers and 10 crew members.

“Where there is not a need for immediate response, [there is a need] to look at the full contextual and available information before deciding on a plan of action.” - Australian Transport Safety Bureau

The bureau found that the AirAsia X flight crew commenced, but did not complete, the associated procedure to address the failure.

“In accordance with the procedure the flight crew reduced the engine’s thrust to idle, but then elected to monitor the engine instead of shutting it down,” the ATSB noted.

The emergency procedure required the crew to monitor, and then to shut it down if the problem persisted. The flight crew reported that “all other engine indications were normal” after the thrust lever was retarded, even though the oil pressure warning persisted.

“As this was the only abnormal indication, they were reluctant to shut engine 2 down. This also led them to believe that the fault might be a false warning from the oil pressure indicator,” the ATSB notes.

After four minutes, the pilots returned the Rolls-Royce Trent 700 engine to normal operations. However, the engine surged, stalled twice, and eventually failed.

The crew then shut the engine down, and proceeded to divert the aircraft to Melbourne, while attempting to restart the engine twice.

At the time the flight crew decided to divert to Melbourne, the nearest airport was at Alice Springs, about 205nm (380km) away. Adelaide, the next closest, was about 545nm away. Melbourne was considerably further at 815nm.

The ATSB further states that even though Alice Springs was the nearest, the captain “discounted [it] as the emergency was considered to be controlled”. This meant the “initial diversion decision was to go to Melbourne”.

“This decision was based on the understanding that the track took the aircraft close to Adelaide, which would allow for a diversion to Adelaide if conditions deteriorated,” the ATSB adds.

Furthermore, the captain reported that Adelaide was subject to a night curfew, though the airport traffic control later advised that it was ready to accept the aircraft.

The crew also picked Melbourne as it was a “preferred” diversion point “from a passenger wellbeing perspective”. AirAsia X also had a Melbourne station, which allowed for easier aircraft recovery.

Although an aircraft like the A330 can fly safely on a single engine, “the decision [to divert to Melbourne] increased the time that the aircraft was operating in an elevated risk environment of single-engine operations”, says the ATSB.

The incident highlights the importance of following procedures, says the ATSB. “Where there is not a need for immediate response, [there is a need] to look at the full contextual and available information before deciding on a plan of action,” it adds.

To this end, the ATSB notes that AirAsia X has used the incident “as the basis of a training package on response to engine failures, restarting failed engines and diversion decision making”.

Cirium fleets data indicates the aircraft was delivered to the airline in 2009. Ai 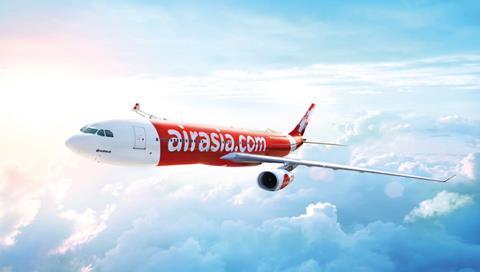