CDB Aviation signed more new leases and new financing transactions in 2020 compared with the year prior, although its aircraft sales fell and it acquired fewer aircraft. 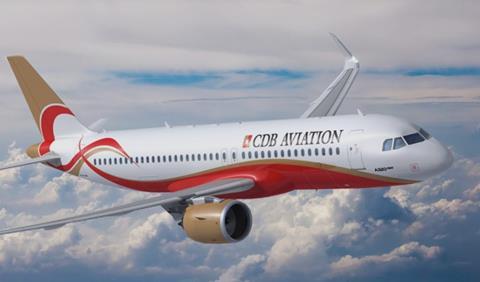 It also signed financing transactions in 2020 to the tune of $4.7 billion, an 89% increase on the previous year.

In 2020, the lessor added Frontier Airlines, United Airlines and WestJet Airlines, among others, as new customers. It also grew its headcount from 117 to 122 employees.

“In the face of these adverse conditions, our team has persisted to attain continued growth and advance key initiatives, progressing several aspects of our long-term vision.”

He adds: “Our prerogative, for both the near and longer term, remains centered around working in tandem with our shareholder, board, and experienced team to leverage our financially strong, highly competitive, and industry-oriented position to deliver financing and fleet solutions to airlines in all markets, with a clear focus on maintaining growth momentum and building for the future.”