The continued closure of Mainland China has depressed the recovery of traffic demand in the Asia-Pacific – even as borders fully reopen in other parts of the region – with airlines cautiously optimistic about their near-term prospects.

Director general of the Association of Asia Pacific Airlines (AAPA) Subhas Menon says that year to date, international traffic in the region has only recovered to about 40% of pre-pandemic traffic, with China’s shut borders “the main reason” for the lower figure. 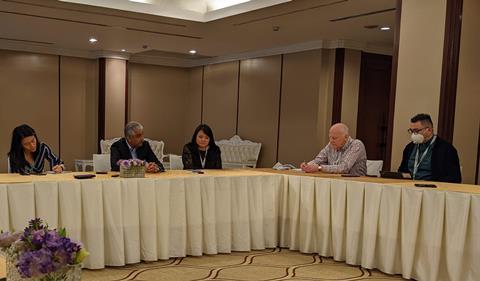 “China hasn’t come to the party yet,” says Menon, speaking to reporters in Bangkok, where the association is holding its 66th Assembly of Presidents on 10 and 11 November.

China remains the last major economy to remain largely shut off to travel – through onerous restrictions like testing, quarantine and flight caps – as part of a zero-infection strategy that Beijing intends to stick with in the near-term.

Without taking into account China, AAPA estimates the raffic recovery to be around 60% pre-pandemic levels. Menon notes that the figure has not included the recent border openings of Japan and Taiwan, or the easing of travel restrictions in Hong Kong.

In particular, Menon says Japan’s border reopening – announced in October – is expected to “quite substantially” boost the recovery, especially through the year end.

“[I think] this shows that if you reopen your borders quickly…and you return travel formalities to what they were in 2019, then you will see a travel rebound concomitantly.”

However, Menon believes the uplift from North Asia’s recent reopening is not enough to bring recovery to earlier estimates of around 75% pre-pandemic levels, which were disclosed by IATA in June.

He offers a lower projections – at around 65% — though he stresses that even that is a “very optimistic” viewpoint.

Nonetheless, Menon says the outlook remains positive for airlines in 2023, but warns that the sector could face several risks, including inflation, fuel costs, as well as geopolitical tensions.

In a separate statement following the media briefing, the AAPA states: “Apart from consolidating the lessons learned from managing the pandemic, the industry is also bracing to navigate the multiple headwinds that appear ahead as a result of a moderation in the outlook for the global economy. Overall, airline margins remain under pressure.”

The association notes that prospects for Asia Pacific airlines “remain promising as long as pent-up demand continues to hold up and cargo yields remain healthy”.

Menon doubles down on the sentiment, noting that airlines at the meeting are “cautious”, as they see a good rebound in travel even as the global economic outlook softens.

“Despite the softening of the global economic outlook, Asia Pacific airlines are well-placed to see traffic volumes recover closer to pre-pandemic levels if demand continues to stay strong,” he states.