European regulators and politicians need to pave the way for further consolidation within the airline sector if its operators are going to be able to compete against global rivals, the head of the world’s biggest aircraft lessor argues.

Speaking during a wide-ranging panel debate at Eurocontrol’s Where to Next for European Aviation conference in Brussels on 4 October, Aercap chief executive Aengus Kelly said that while US carriers have thrived since consolidation moves after the financial crisis, national interests continue to hold back development of European airlines. 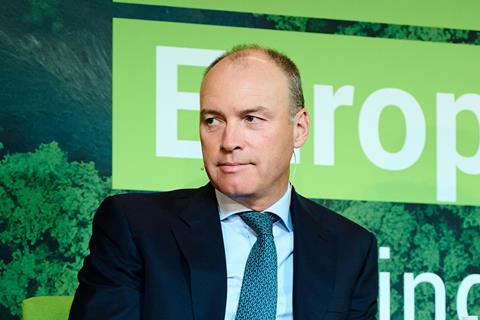 “Nobody deals with the airlines more than we do,” Kelly says. ”The biggest challenge in this market [Europe] is the nationalism that surrounds airlines.

”The US is an example of what can happen if we want to try to create durable, profitable, tough airlines here in Europe that can take on the world,” he says, noting the sector remains too fragmented and with too many political interests.

Cross-border consolidation in Europe has thus far been driven through holding company structures, under which individual brands operate as part of a wider group, or by pan-European low-cost carriers moving into the space vacated by airline failures. The holding company structure is in part a response to European carriers needing to retain national traffic rights in parts of the world without agreements covering EU-wide ownership rules.

”Are airlines as profitable as they could be?” Kelly asks. ”No, but one of the impediments is here in Brussels and in European capitals, where they have to allow airlines to achieve scale. You are not really going to stand up on an international basis with 50 aircraft, you just don’t have the scale and buying power.

”To be fair to airlines over the course of the last 20 years, the management of airlines has improved dramatically,” Kelly says. But he adds: ”The potential could be so much greater, if the airlines were able to run it like other industries where you don’t have the continual political involvement.”

He also suggests consolidation will help Europe in terms of meeting its effort to cut aviation emissions.

”Consolidation of the airline business will make things a lot more efficient too,” Kelly says. ”That’s where the European Commission has to look and say ‘are we willing to build global champions in Europe anymore or we just happy slipping into mediocrity’.”