Croatia Airlines to receive Kn600m through capital injection and loan

Participants in a Croatia Airlines extraordinary assembly have approved an increase in the airline’s share capital through the issue of new shares to the Croatian government.

The decision was made during the assembly on 14 December.

Under the measure 35 million ordinary shares will be issued, with a nominal value of Kn10 each, increasing the share capital by Kn350 million.

Croatia’s government, through the ministry of sea, transport and infrastructure, has approved not only the capital increase but also a shareholder loan to the carrier amounting to Kn250 million.

This brings the overall level of support to the carrier to Kn600 million ($97 million). 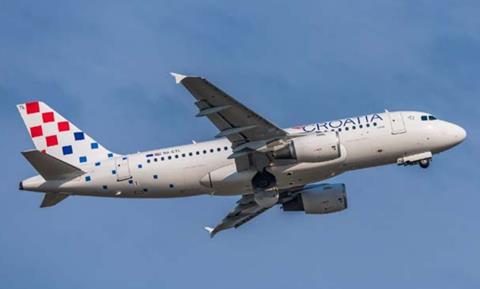 The government says the combination of share capital and loan is intended to “solve liquidity problems” suffered by the airline as a result of the air transport crisis.

It brings the airline’s overall share capital from Kn277.8 million to Kn627.8 million.

The government says the decision will “ensure the necessary financial stabilisation” of the airline in the wake of the pandemic.

“Terms of the loan…will be regulated by a contract between the [ministry] and Croatia Airlines,” it adds. These will include stipulations such as a maturity of five years and an interest rate beginning at 0.22% and increasing gradually to 2%.