Major rating agencies do not expect the AerCap-GECAS merger and the sale of FLY Leasing to Carlyle Aviation Partners will lead to much further consolidation among larger rated lessors.

They opined that AerCap was driven not to build scale but because it could acquire aircraft assets at a good price, during a panel discussion at the Airline Economics Virtual Growth Frontiers Tokyo conference on 15 April. 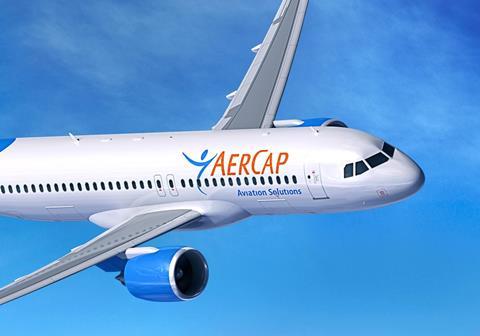 “There are benefits to scale, but arguably AerCap was already on sufficient scale to have those benefits,” Mark Wasden, senior analyst at Moody’s Investors Service said.

“I don’t see that combination as having to do with scale, per se. There may be incremental benefits to do with scale. The company itself has said, ‘We’ll have a more granular customer base and fleet, etc.’, but I think this had more to do with [AerCap being an opportunist] in terms of acquiring aircraft at a good price. It was a pure economic analysis: ‘Does this provide returns to our investors over time’?”

He adds that any further consolidation in the upper tiers of the aircraft leasing sector will likely be motivated by the same factor.

“I do think there are smaller aircraft leasing platforms, probably below the radar for most of us, who may decide they need to exit… because they don’t have the platforms necessary to service these leases during a period of additional stress,” he says.

“There’s a lot of technical expertise required and some of them will probably choose to exit. The private equity firms will be active in consolidating some of these assets, but I don’t expect to see a lot more activity on the upper end of the competitive space.”

“They’ve done it before, they did it with ILFC, they got a discount and this is a similar situation,” she says, adding that FLY Leasing had been for sale for some time and therefore its sale was “no surprise”.

“The big guys all have their own platforms; they don’t need to acquire anybody for their platforms, so I don’t really see much in the way of M&A among the top tier of the aircraft lessors – the ones we all rate.”

“I could see some activity among the smaller ones. There’s also been some new start-ups out there and new capital coming into the space looking for homes to spend their money on,” she says.

Danise Chui, managing director at Kroll Bond Ratings, says it is unlikely that by executing mergers, higher-tier lessors could lower their cost of funds or get a better rating.

“Any potential M&A is really about the price of the portfolio of the aircraft,” she says, adding that few lessors would want to sell their assets at a discount.

“So I don’t see a lot of M&A coming, especially in the top tier. For the lower tier, there are some platforms that really do not have the economy of scale, then there may be [some M&A activity happening] over there.”