Hong Kong Airlines (HKA) has vowed to get its finances back in shape and “drive consolidation” within the company, after it escaped further sanction from the territory’s authorities.

On 7 December, Hong Kong’s Air Transport Licensing Authority (ATLA) said it was satisfied the beleaguered carrier had met the new licensing requirements for its continued operations.

ATLA had earlier instructed the carrier to ensure a satisfactory cash injection and to raise and maintain its cash levels to a level stipulated by the regulator. If it failed to do, it could face being shut down. 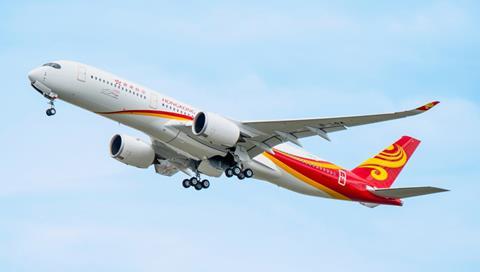 After its latest round of meetings with the carrier, ATLA says it considers the airline to have met the requirement for cash levels and acknowledges its pledge that this will be maintained.

But it adds that it will still be monitoring HKA’s finances closely, and that the airline still needs to submit further details regarding its compliance with the conditions attached to its licence.

The carrier says in a statement responding to the authorities’ decision that it will comply with these requirements “as always”.

HKA was handed a financial lifeline earlier in the week, in the form of an urgently-drawn-up cash injection plan. No details of how much would go into the carrier, or where the money came from, have been disclosed so far.

“Funding for operation will be injected into Hong Kong Airlines by phases,” HKA says in its latest statement.

“Moving forward, we will continue to drive consolidation and strengthen our internal structure to operate more efficiently and improve our revenue,” the carrier adds.

HKA faced an uncertain future on 2 December, after Hong Kong’s authorities, including ATLA and the Civil Aviation Department, issued an ultimatum: to turn around its dire financial situation, or face being wound up by 7 December.

The carrier had been plagued by a slew of financial troubles, which led to massive network cuts and unpaid salaries. HKA has already exited the North American market, and is cutting down on frequencies to other Asian points, stating that it will be focusing on “priority routes”.