The aviation industry has easily enough capacity to distribute Covid-19 vaccines, while the cold storage requirements of some products will be “demanding but not insurmountable”, HSBC has suggested.

Describing vaccines as “the textbook ideal product for air cargo distribution”, the bank predicts that the key integrators in the air freight industry, FedEx, UPS and DHL, will play an active role in their distribution. “In terms of air capacity, we expect the super-connectors Turkish and the Gulf carriers to be active and Air France-KLM and Lufthansa to be highly involved among the European listed airlines,” adds HSBC. 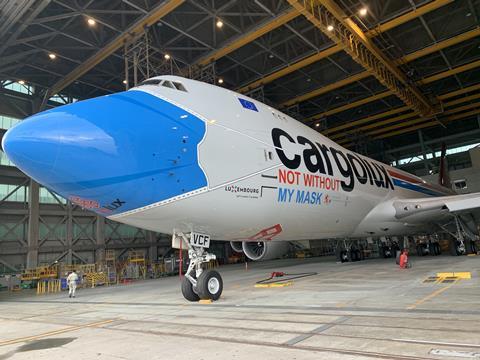 The distribution will be complicated by the need for some products to be cooled, although IATA recently highlighted that the Pfizer/BioNTech product – which must be kept at minus 80 degrees Celsius – is transported in a self-contained cooled package and does not require external cooling.

Most vaccines, such as AstraZeneca/Oxford’s product, will require temperatures of 2-8 degrees, and transportation of medicines at these temperatures is routine and well established, HSBC asserts.

The use of dry ice to enable cooling for some products will add some complexity to the process. Dry ice turns to gas over time, displacing oxygen in aircraft cabins. This limits the amount of dry ice that an aircraft can carry. It may also mean that aircraft carrying significant amounts of dry ice are unable to have passengers on board concurrently.

Although the forecasting of traffic flows arising from vaccine distribution is difficult, HSBC believes that the capacity of cold-storage facilities will be key to the roll-out.

In Europe, that means Brussels and Basel are likely to be critical locations, being close to vaccine production sites and cold storage facilities, with Frankfurt, Paris and Amsterdam also important.

The “super connector” airlines of the Middle East are also set to play a significant role in the roll-out, sitting at the crossroads of Europe and Asia, China and Africa. “This location looks very relevant in the context of the vaccine-distribution flows that we anticipate”, writes HSBC.

IATA previously estimated that around 8,000 jumbo-jet flights will be required to distribute the vaccine. Although this figure has been disputed as too high, HSBC argues that even if correct it will be easily manageable for the world’s cargo-carrying airlines.

The top 20 air cargo carriers alone, it writes, have around 1,000 widebody freight aircraft between them, implying that all 8,000 flights could take place in a little over a week allowing for one rotation per day, were the entire fleet dedicated to the one task.

Given that the ramp-up to maximum vaccine production is expected to take around nine to 12 months, “We do not see the provision of air cargo capacity as a constraint to the vaccine distribution effort,” concludes HSBC.