IATA director general Willie Walsh believes load factors in the highly profitable third quarter for airlines illustrate capacity has been well-matched to demand and provides reason for optimism that recent profitability is sustainable even with economic headwinds ahead.

Airlines enjoyed improved financial fortunes across the regions during the third quarter, as demand surged due to Covid border restrictions further easing. Notably, revenues in many cases were at or above 2019 highs, even though capacity was still not fully restored. 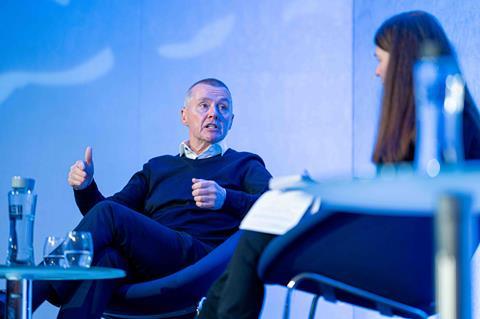 That revenue increase was largely driven by higher yields, the result of ‘revenge travel’ demand as passengers were willing to pay higher fares having missed out on travel during the pandemic. Walsh though takes particular heart from the load factors, which he believes illustrates a sustainability about the industry performance.

”I think it is sustainable, because the average seat factor across the third quarter was still in the order of 82-83%, which is similar to what the industry was doing in 2019, actually slightly less than 2019,” Walsh said, speaking during the Airlines 2022 event in London on 21 November.

”So capacity and demand have been coming back at a fair pace,” he says, noting load factors would have been far higher if it was a case of demand being high because of a shortage of capacity.

“I think the profitability for the quarter was good and important for the industry given the significant financial losses encountered in 2020 and 2021, and at an industry level 2022 will be more profitable.” he says.

IATA will provide a fresh industry forecast in December, which will include its first outlook for 2023. The industry body’s most recent outlook, issued in June, is for collective losses to be cut to less than $10 billion this year and that an industry-wide profit for 2023 was “on the horizon” for the first time since 2019.

“[There is] still a long way to go, particularly when you look at the damage to balance sheets in that period,” says Walsh. “But it is good to see a strong recovery, and despite the headwinds, we believe that recovery will continue into 2023.”

He was speaking during Airlines 2022, an event co-organised by FlightGlobal with IATA, Airlines UK and BAR, exploring the competitiveness of the UK’s aviation sector, and which was set against the backdrop of looming recession and forecasts for a sharp drop in living standards.

Walsh though flagged that economic projections are not as grim in other markets and that the incoming headwinds should be seen in a wider context.

”I think if we do see these downturns, and some economies definitely will, we are seeing them from a very different position than we saw them before. So we are going into these downturns with very high demand. That’s not like what we have witnessed before.

”We have faced these challenges before and I think airlines know what they need to do to respond to this.”

He also believes the historical precedence of previous crises shows that passenger levels are not necessarily impacted by recession.

”Interestingly, its not often that passenger numbers decrease with a global crisis,” he observes. ”What you see are airlines taking price action to ensure people still travel. I think we can take confidence that we will be able to manage through a challenging economic period, though not as challenging as some of us have seen in the past.”