Indian carriers saw domestic passenger numbers decline again in April, as the country plunged into crisis amid a resurgent wave of coronavirus infections. 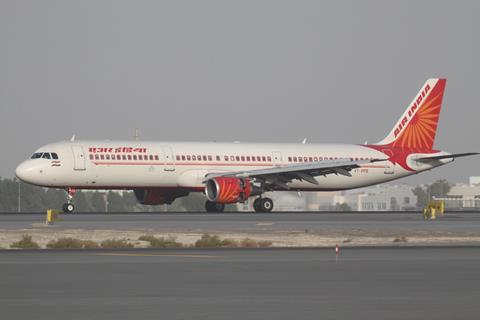 The DGCA notes that there was no year-on-year comparison, as India banned all domestic flying in April last year, during the first wave of the coronavirus outbreak.

State-owned Air India flew just 685,000 passengers on its domestic network, 25% lower month on month. Other private carriers — including low-cost carriers like IndiGo and Spicejet — carried just over 5 million passengers in the month, a 27% decline compared to March.

A second lethal wave of infections struck in April, crippling the healthcare system. This has “severely impacted” flight operations, according to the Indian civil aviation ministry.

The South Asian country reported new cases in the hundreds of thousands daily — in April alone, there was more than 6 million new coronavirus cases in the country. Johns Hopkins University data also indicates India is the second-worst hit country globally.

Airlines and militaries have swung in to conduct a major airlift to bring urgently-needed medical supplies to India — including oxygen tanks — amid the surge in cases. Spicejet, for example, has been regularly flying oxygen concentrators from countries like China and Singapore. The Indian Air Force has also been transporting oxygen-related supplies from Asia, the Middle East and Europe, into India.