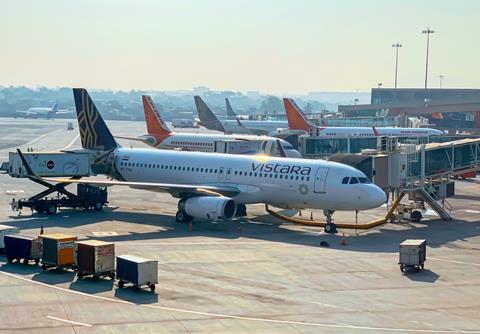 The carrier, which will be merged with fellow Tata-owned carrier Air India, has steadily grown its domestic market share in the second half of the year, overtaking its low-cost compatriots in passenger numbers.

Meanwhile, low-cost operator GoFirst, formerly known as GoAir, was India’s third largest carrier, with about 8.8% share of the domestic market.

Low-cost start-up Akasa Air, which began operations in August 2022, ended the year with about 0.6% market share.