Japan Airlines will retire up to 24 of its Boeing 777 aircraft over the next three years, as it battles the coronavirus crisis that saw it rack up significant losses for its half-yearly results.

Elaborating on its future fleet plans, the Oneworld carrier states that 11 777-200ERs used in its international network will be retired by March 2021, with an unspecified number moved to domestic operations. 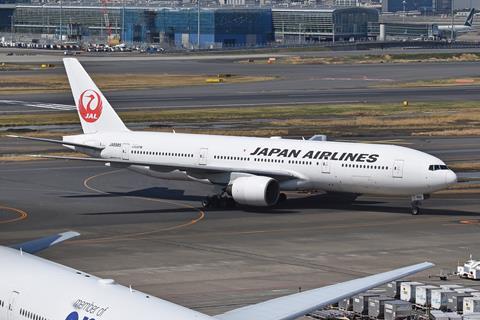 JAL states that the move to retire the widebodies is to address the “temporary demand downturn” caused by the coronavirus pandemic.

By the end of the 2022 fiscal year, JAL will have a smaller fleet of international aircraft, but about the same fleet size plying domestic flights. This is due to the introduction of Airbus A350s, of which it has 25 on order.

JAL’s fleet announcement comes as it swung back into the red for the six months ended 30 September. It also comes days after compatriot All Nippon Airways’ move to shrink its fleet size. ANA announced that it would be retiring 35 aircraft — including 22 777s — this year, an increase of 28 from its original plan.

JAL is also mulling a transfer of more aircraft to its newly-launched low-cost subsidiary Zipair Tokyo, as part of a broader strategy to strengthen its low-cost carrier business.

It discloses that it will be transferring four more aircraft to Zipair Tokyo, over an undisclosed time period, adding that “further additions could be considered”. Zipair Tokyo operates a fleet of two 787-8s transferred from JAL’s fleet.

The low-cost unit was established in 2018, intending to launch passenger flights in May serving Bangkok and Seoul. However, plans were scuttled owing to travel restrictions aimed at curbing the spread of the coronavirus.

JAL also shed light on how it will position its various low-cost offerings, which also include joint venture carriers Jetstar Japan and Spring Japan. Zipair Tokyo will target the low-cost, medium to long-haul and high-growth markets. 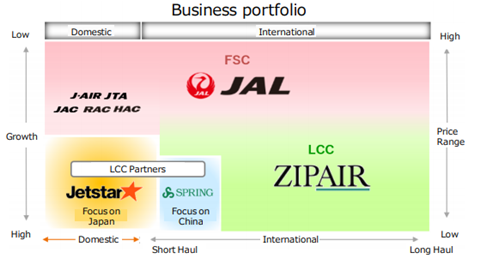 JAL has indicated its focus areas for its various businesses.

Jetstar Japan, meanwhile, will target domestic operations, while Spring Japan will focus on the Chinese market.

JAL REVENUES PLUNGE IN FIRST HALF

For the six months ended 30 September, JAL reported an operating loss of Y219 billion ($2.1 billion), reversing the operating profit of Y80.3 billion it made last year.

Revenue for the period plunged 74% to Y194 billion, led by a 97% fall in international passenger revenue. A rise in cargo revenue of 18% year on year helped offset the overall revenue decline.

JAL reported a net loss for the period of Y161 billion, a contrast to the Y54 billion profit it made last year.

For the period, JAL carried only 112,000 international passengers, nearly 97% lower year on year. International ASKs shrank 88%, while RPKs plunged 97%, leading to a load factor of just 20.8%.

On the domestic front, JAL carried 4.6 million passengers for the period, a 76% year-on-year decline. Domestic ASKs fell 51%, while RPKs declined 76%. JAL notes that domestic demand has gradually recovered since September, after a dip in August owing to a resurgence in cases in Japan.