Scandinavian operator SAS has obtained support from the Swedish and Danish governments, as well as its third major shareholder, for a revision to its recapitalisation plan.

The plan was originally disclosed on 30 June and covered SKr14.25 billion of equity.

SAS says the revision focuses on specific financial details including new conversion terms, such as those for hybrid securities into common shares, as well as those for senior unsecured bonds.

There will also be increased interest payments for hybrid notes placed with the Swedish and Danish governments.

SAS says the timeframe for the plan is also being restructured. 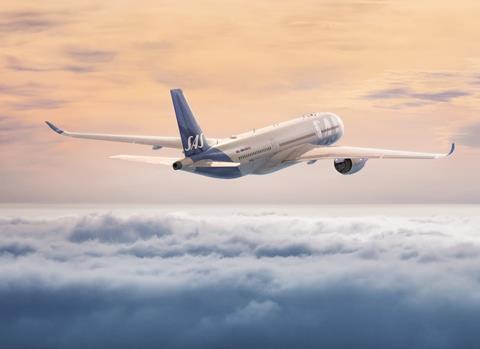 SAS will carry out a SKr4 billion rights issue to eligible shareholders. The plan also features conversion of hybrid notes and bonds.

Shareholders will vote on the revised recapitalisation plan at a meeting on 22 September.

SAS chairman Carsten Dilling says the board believes the plan presents a “constructive way forward” for the company given the scale of the recapitalisation required, and the “complexities” associated with burden-sharing measures to satisfy various shareholders’ interests.

Dilling says the future of the company “depends on a successful outcome” for the plan along with SKr4 billion of efficiency improvements to align the cost base to the lower demand.

“There are no other available alternatives,” he adds, urging shareholders to back the revised plan.

SAS’s three largest shareholders – the two governments and the KAW fund – will vote in favour. They collectively hold around a 35.5% interest.