Surging Covid-19 cases in Thailand and Vietnam will crush air travel in what were comparatively strong domestic markets during most of the coronavirus pandemic.

While both countries enjoyed early success against Covid-19, both are now suffering fresh waves of the virus. Thailand reported a record 11,784 new cases on 19 July, while Vietnam reported 2,014. Given low vaccination rates in both countries – 4.9% of Thais are fully vaccinated, while only 0.3% of Vietnamese are – Bangkok and Hanoi feel they have little choice but to impose lockdowns, with the consequent impact on air travel. 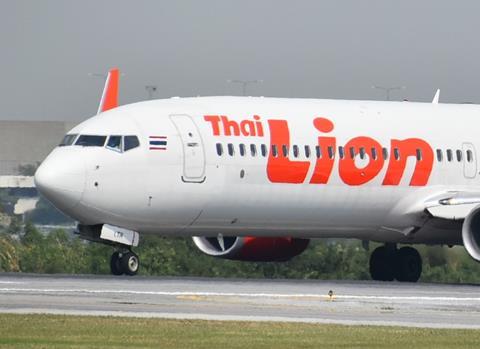 On 18 July, the Civil Aviation Authority of Thailand (CAAT) banned airlines from flying passengers into or out of what are designated as “dark red” Covid-19 hot zones from 21 July. Given the extent of the pandemic in Thailand, key provinces such as Bangkok, Pattani, Rayong, and several others are now deemed “red,” defined as daily Covid-19 infections exceeding 100.

Exceptions to the CAAT’s ruling include flights related to the ‘Phuket Sandbox’ and ‘Samui Plus’ schemes for vaccinated international travelers, aircraft that need to make an emergency landing, and technical stops where passengers do not disembark. CAAV can also grant permission for specific flights, for example the delivery of medical supplies. Cargo flights are also exempt.

While some limited flights will still be allowed for the country to maintain a basic level of connectivity, airlines must follow a number of rules, including that they use no more than 50% of an aircraft’s capacity.

In response to CAAT’s announcement, Bangkok Airways has suspended most of its Bangkok-Koh Samui services, apart from ‘sealed flights’ for international passengers who transit in Bangkok en route to the resort island under the ‘Samui Plus’ arrangement. It has also suspended the launch of other planned services.

Meanwhile, TAT says that ‘Phuket Sandbox’ received 7,462 international arrivals between 1-17 July. While there are 183,000 hotel room nights booked in July, this number drops to just 39,100 in August and 2,900 in September, suggesting that passengers to Phuket a watching developments before booking.

But as for the broader Thai domestic market, one Thailand market observer says it is essentially “dead,” given that most flights are cancelled amid restrictions and lockdowns.

As for Vietnam, on 18 July the Civil Aviation Authority of Vietnam (CAAV) has suspended all domestic passenger flights to and from airports in the country’s southern provinces. The announcement came 10 days after the CAAV ordered airlines to pare back flights between Hanoi and Ho Chi Minh City, providing just 1,700 one-way seats per day on the route.

Cargo flights, however, will be exempted from the ban.

In addition, the CAAV has decreed that from September only pilots who are full vaccinated against Covid-19 will be allowed to operate aircraft in the country.

Cirium schedules data show that in July 2020, with Vietnam shutoff from the world and seeing no Covid-19 cases, one-way seat capacity on Vietnam’s Ho Chi Minh City-Hanoi route grew 5% year on year to 434,000 seats. Seat capacity on the route in July 2021, however, looks likely to fall at least 56.3% from a year earlier.