Virgin Atlantic is now attaching conditions to its support for the building of a third runway at London Heathrow Airport, having previously been “unequivocal” in its backing of the idea.

Speaking during the Airlines 2022 event in London on 21 November, the UK carrier’s chief executive Shai Weiss says Virgin’s experiences during the pandemic and in recent consultations on higher charges at Heathrow have prompted it to “refine our unequivocal support” and make it “more tentative”. 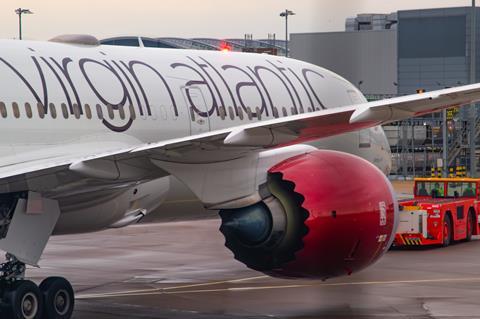 “We would support a third runway, if, and only if, Heathrow remains competitive,” Weiss states, adding that any development at the airport should not be about “paying the bills for enriching shareholders”.

At the same time, those who pay to use the facility should have a stronger voice on its future, he suggests.

“If all these conditions would be there, potentially competition on the campus itself and [if] a massive renovation exercise is undertaken… we would be supportive of the third runway,” Weiss says.

Expanding on those points, he expresses interest in copying the model at US airports where terminals can be owned and operated by stakeholders other than the airport owners, while he also suggests there is a need for Virgin’s Terminal 3 home at Heathrow to be updated.

“Once these conditions are met we would be the biggest supporter,” he says of the third runway.

The extra capacity at the UK’s biggest hub is particularly important for Virgin’s expansion plans, he adds, given its decision not to reinstate flights at London Gatwick airport during the Covid-19 recovery – a decision that Weiss doubled-down on at Airlines 2022.