AVIC is researching the possibility of a civilian cargo variant of its Xian Y-20 strategic transport.

Designated the Y20F-100, the company displayed a large model of the proposed type at its stand in Zhuhai this week. In addition, it had a cargo hold mockup that visitors could view with 3D goggles.

“The Y20F-100 is a large civil freighter at the preliminary research stage,” says an AVIC brochure. 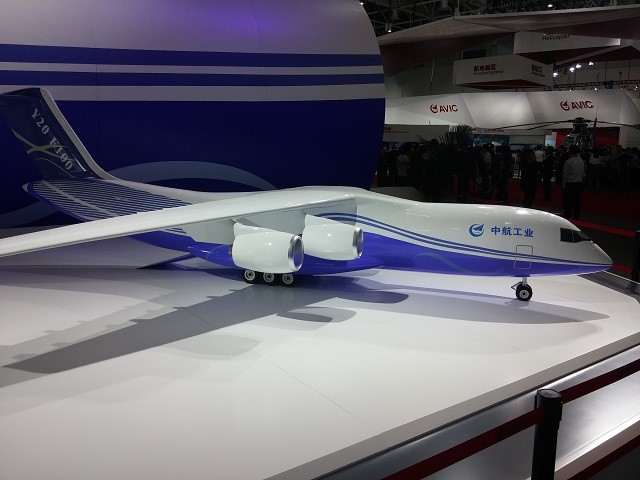 The aircraft will have fly-by-wire flight controls and supercritical airfoils on its wings.

Payload will be 65t, with the aircraft to specialize in the out-sized cargo, such as machinery. It will also be able to handle civilian containers and pallets.

The model on display at the show featured four high bypass ratio engines. This is a key difference from the Y-20 military aircraft, early versions of which are powered by the Soloviev D-30KP-2, a low bypass engine used on the Ilyushin IL-76MD.

China is developing a high bypass engine for the Y-20, the Shenyang WS-20. AVIC, however, did not specify if this would also power the proposed Y20F-100.