Aviation Industry Corporation of China has displayed a model labelled "Advanced Fighter Concept" that the company says will be targeted at export customers.

The model bears a close resemblance to a fighter prototype that recently appeared on Chinese defence sites. On display at the AVIC stand at Airshow China in Zhuhai, the model features low observable characteristics such as canted tails and internal weapons bays.

It is designed with two engines, although the thrust nozzles are conventional without accommodation for thrust vectoring. There also appears to be no accommodation for a lift fan, the salient feature of the Lockheed Martin F-35B that had a profound influence on the design of both the conventional take-off and landing F-35A and aircraft carrier capable F-35C. 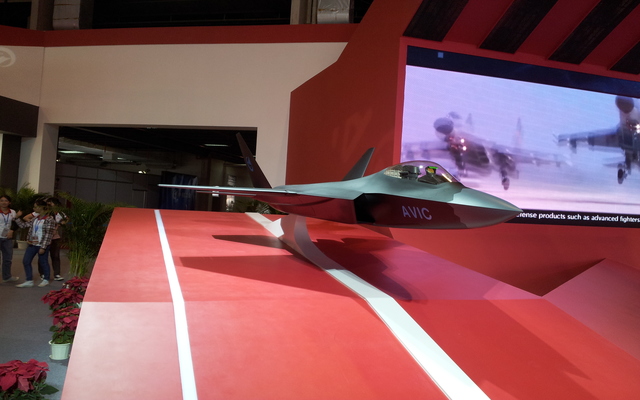 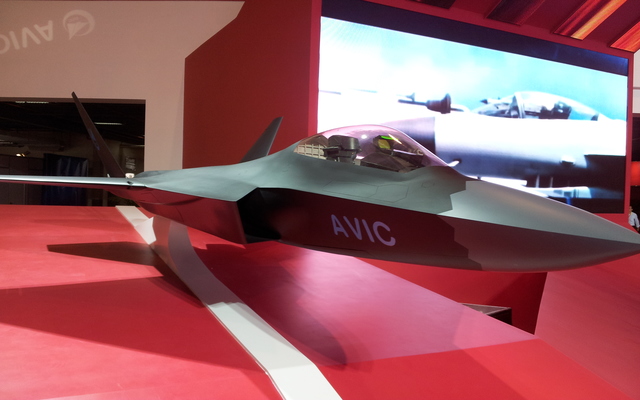 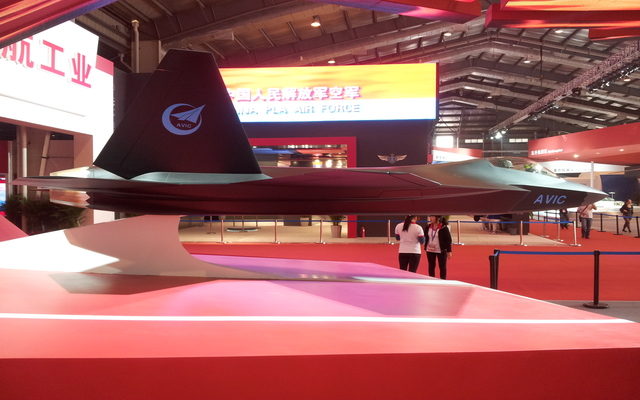 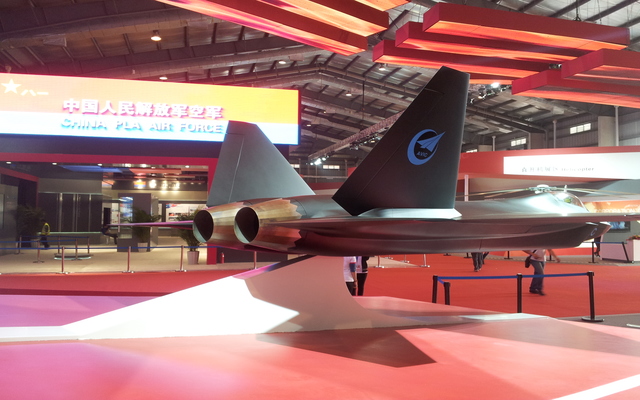 The model bears striking resemblance to the aircraft that Chinese bloggers commonly refer to as the Shenyang J-31. On 31 October, images emerged on Chinese defence sites that appeared to show the J-31 during its maiden flight. Previously, images of the aircraft on the ground appeared in September, reportedly taken at the Shenyang Aircraft Corporation airfield.

China's main export fighter is the Chengdu-Pakistan Aeronautical Complex JF-17 Thunder. An inexpensive, single-engined fighter, the JF-17 has yet to win sales outside Pakistan. This despite reassurances from China aerospace export company CATIC and Pakistani officials over the years that many countries are interested in the type.

Were China to offer an advanced, low observable type for export, it would likely be a compete with the Sukhoi T-50 on the international market, although China has yet to produce a reliable fighter engine.