The Chengdu J-20 fighter has made its official show debut at Zhuhai with a brief flying display.

The one minute display occurred after a performance by the August 1st display team flying J-10As.

The display saw two aircraft fly down the runway at several hundred feet and perform a vertical split. One aircraft then departed, while its partner performed a few high G turns followed by a high-speed climb out to conclude the performance.

The aircraft was agile enough for its large size, but stayed within a fairly basic envelope. Neither aircraft conducted a low-speed, high angle of attack pass, or opened its weapons bays.

After a dramatic appearance at the 2014 iteration of the show, the AVIC J-31 developmental fighter did not reappear. A large model of the aircraft, designed FC-31, was displayed in the hall.

Nearby, their was an "advanced avionics concept cockpit." It featured a side stick controller, a conventional heads up display, and a large multi-function touch screen display. When FlightGlobal viewed it, one half showed essential flight data and the aircraft's weapons inventory, the other half a detailed map of a target area. 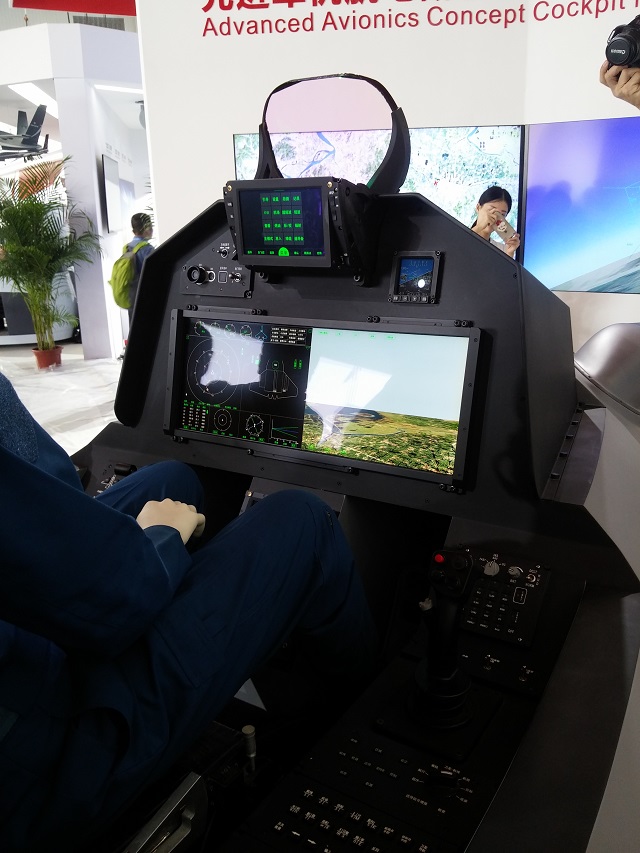 
The status of the FC-31 programme is unclear. While AVIC is eager to promote its expertise as a developer of advanced fighter technologies, at the Dubai Air show in 2015 it held a media briefing that essentially was a call for financial backing for the type.