Among combat aircraft, the Chengdu J-10B made its first appearance. The J-10A, flown by the August 1 display team has been a common sight for years, the J-10B is an improved variant. It is understood to have superior avionics and systems, as well as an active electronically scanned array (AESA) radar.

The aircraft on display was surrounded by an broad range of air-to-air and air-to-surface weapons, and also sported an infrared search and track (IRST) sensor in front of the cockpit. 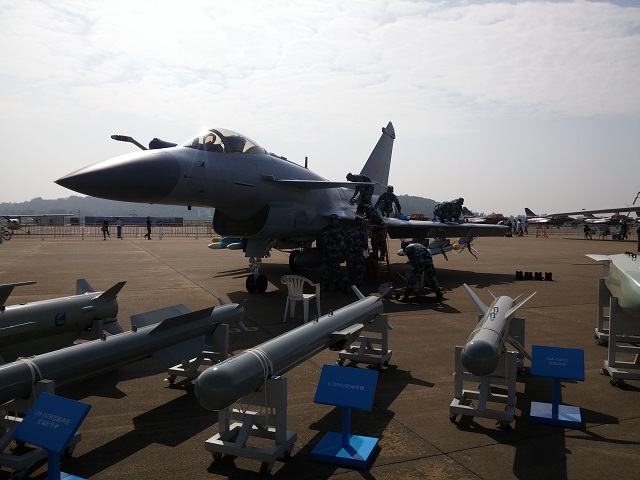 Another newcomer is the Xian H-6H, with an enclosed radome and four hard points. The type is the main strategic bomber platform for the PLAAF, and can also be equipped for the aerial refueling role. 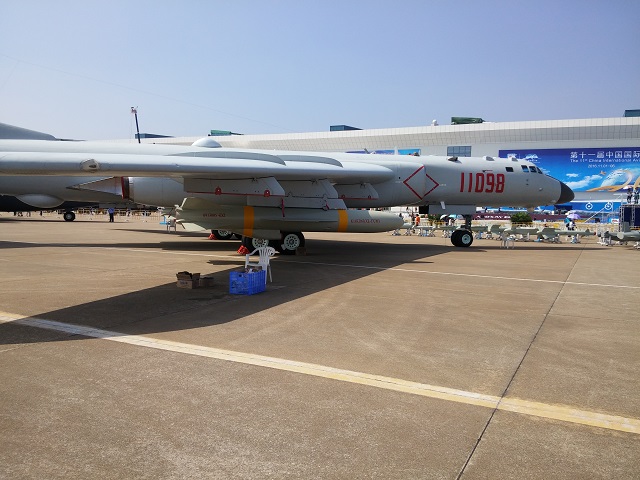 
The Xian Y-20 strategic transport, which appeared in the 2014 flying display, was also on static. Visitors were not allowed to enter the aircraft. When the aircraft's forward door was opened briefly, security guards warned visitors against taking photographs. 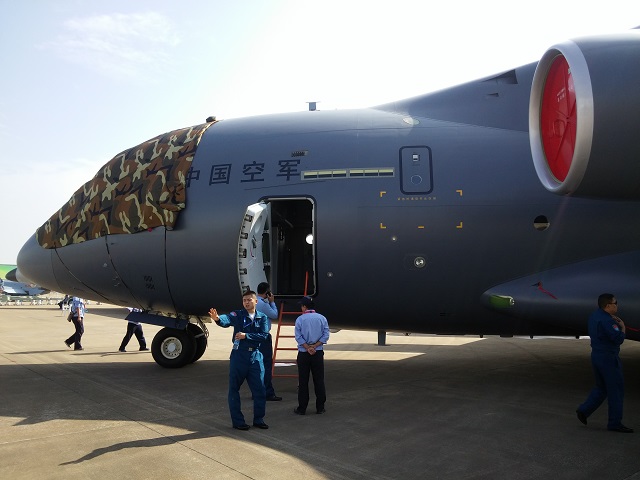 
The interior, glimpsed briefly by FlightGlobal, indicates that folding seats line the aircraft's interior, similar to western transport aircraft. There also appears to be a lavatory in the forward bulkhead located behind and below the cockpit. In addition, there is a crew hatch above the cockpit.