Several additional nations have begun taking part in US-led operations against Islamic State militants in Iraq, with UK aircraft having performed their first strikes, and fresh deployments made or announced by Belgium and the Netherlands.

The UK follows the USA and allies including Middle Eastern nations and the French air force in hitting ground targets in Iraq. The latter dropped Raytheon GBU-12 ­laser-guided bombs from its ­Dassault Rafales for the first time in the current conflict last month.

The Dutch government on 25 September announced its ­decision to deploy some of its Lockheed Martin F-16s to an ­undisclosed location in the ­Middle East. Its commitment of six operational aircraft and two spares is planned to last for ­between six months and one year. 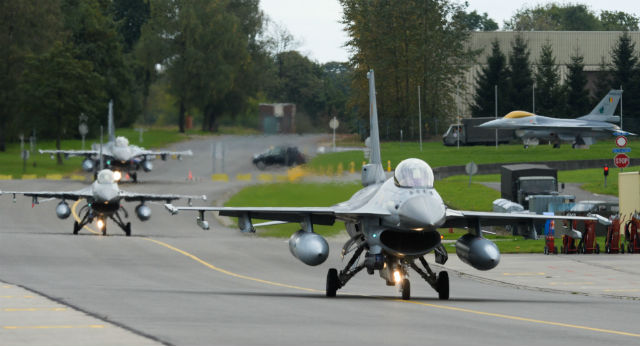 “We stand ready if the government of Iraq requests us to go into different measures of defence-­capacity building,” new NATO secretary general Jens Stoltenberg said on 1 October. “They have not put forward such a request yet,” he adds.