Whereas other parts of the Russian aerospace industry are much more inward looking – a fact of life when under state ownership – the country’s newest pretender to the aeronautical throne has a much more international outlook.

Based in a non-descript Moscow office building, the Rosavia consortium last year launched its concept for a new high-capacity, medium-haul airliner dubbed the Frigate Ecojet. Featuring a highly elliptical fuselage and a triple-aisle interior, the clean-sheet twinjet is designed, the company says, to address a market for a 300-350-seat widebody that can be efficiently operated on routes of around 1,890nm (3,500km), particularly from slot-constrained airports.

The concept dates back a number of years to research and designs produced during the Soviet era. However, the programme’s active phase, says marketing director Sergey Grachev, is covered by the last three years.

Rosavia is aiming to achieve first flight in 2018-2019, with the aircraft to enter serial production and commercial service around 2021, following EASA certification.

Grachev admits the timeline is an ambitious one. "It is a very tight schedule – we need to concentrate all our focus to fulfil this plan,” he says.

However, there are signs that the programme is accelerating. On 3 July, Rosavia announced it had created a specific company – Frigate Ecojet – to direct the programme, taking over all rights to the project. Former United Aircraft and NPO Saturn executive Vasily Danilov was recruited to lead the effort.

A little over a week later on 11 July, Frigate Ecojet announced a second round of windtunnel testing would begin later this year to validate the performance characteristics of the fuselage. To take place in the European Transonic Windtunnel in Cologne, Germany, Frigate Ecojet says the main objective of the trials – which will run until January 2015 – is “to identify aerodynamic parameters that most closely resemble actual flight conditions”.

An earlier phase of windtunnel evaluations carried out in 2013 at the TsAGI Central Institute of Aerohydrodynamics in Moscow confirmed the initial configuration, the firm says, but since then the design has been enhanced.

The model to be used during the tests will be manufactured by Bremen-based Deharde Maschinenbau – a company which, says Frigate, specialises in “the design and manufacture of both windtunnel models and full scale flight articles”. Germany’s ThyssenKrupp System Engineering will oversee the test programme.

Additionally, the company will produce a 14m-long section of the fuselage to validate the shape’s ability to withstand pressurisation, Grachev says. Company documents suggest testing of the barrel is likely to be conducted by another German firm, IMA Dresden, which has previously carried out similar tasks for the Airbus A380.

Grachev says the project is now in the definition phase, and a design freeze is anticipated by June next year. This will usher in a critical period for the company as it looks to sign up the programme’s key suppliers. 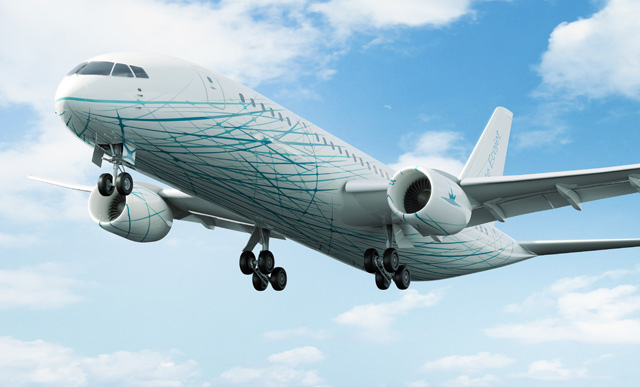 The type is designed to addess a market for a widebody that can be efficiently operated on routes of around 1,890nm

However, those requirements seem to rule out the next-generation powerplants being developed for narrowbody applications, with Pratt & Whitney’s PW1100G for the Airbus A320neo capped at 35,000lb-thrust, for example, and the CFM International Leap-1A at 32,900lb-thrust.

A derated version of the Rolls-Royce Trent 1000 could creep into the upper end of that range, but so far the engine manufacturer has not certificated anything below 69,200lb-thrust.

Nonetheless, Grachev says the company has started “communications” with a number of engine manufacturers to “discuss possibilities”, and is aiming to finalise an engine selection within the next 12 months.

Other possibilities could include Russian-built engines, including the future Aviadvigatel PD-18R geared turbofan – which would boast 39,600-44,100lb-thrust – and the same manufacturer’s PS-90A20.

Proposed developments at rival airframers could spur engine development, adds Grachev. Boeing has already hinted at studies exploring a replacement for the 757, with observers putting its requirement in the 30,000-50,000lb-thrust bracket

“The message from the market is that a project for this kind of engine will maybe become a reality,” he says.

Of course, any 757 successor would be a rival of sorts to the Frigate Ecojet. But, says Gravhev, this would only tackle a small share of the market – and does not specifically address Frigate’s target segment of 1,890nm legs with 300 passengers, flown from slot-restricted airports where airlines are already operating aircraft "not optimised for these routes".

A revived 757 would be a "reaction to the demands of the market", he adds, although he notes that a typical offering from Boeing or Airbus is designed around the average customer, rather than every customer. The Frigate Ecojet would, he argues, allow carriers to replace two narrowbody flights with a single widebody service, cutting costs and freeing up airport capacity.

Grachev adds: "We need to change the classical mindset of airlines. Remember that many years ago when Freddie Laker started Skytrain, many people said it was impossible.

"We try to create a new mindset at the airlines. We will not compete with Boeing or Airbus but introduce something special. We hope we are bringing choice to the market.”

Early discussions have already been held with a number of undisclosed airlines, he adds, but the twinjet is being pitched at those that “think differently”. He cites Ryanair and AirAsia as examples, as carriers working to a “classical model” are unlikely to be convinced by the programme’s potential.

An analysis carried out by Flightglobal in 2013 into the short- and medium-haul markets for widebodies concluded that 50% of all widebody passenger scheduled sectors flown at that time were shorter than 2,500nm, and 70% under 4,000nm. Only a tiny proportion – under 0.4% – exceed the 8,000nm that long-range widebody twins are capable of flying.

“So, airlines continue to select long-range aircraft and suffer their sub-optimal economics on short- and medium-range sectors."

Nonetheless, he suggests airlines at present seem more likely to order “regional” variants of long-haul airliners than anything optimised for the segment, and will accept the lower performance in return for better "fleet commonality and scheduling flexibility".

Grachev is undeterred, however. Pointing to research conducted by IATA Consulting, he says there is a market over a 10-15-year period for around 600 aircraft in the segment, and he believes Frigate Ecojet will provide at least 250 of these. "That would be enough for us, but it is a pessimistic view,” he says.

In fact, he cites the relative success – in sales terms at least – of the Bombardier CSeries against the smallest members of the Boeing 737 Max and Airbus A320neo families. “Look at the sales of the smallest 737 or the A319neo,” he says. “The CSeries can tackle them.”

“That is what we are trying to do for another part of the market. Sometimes I ask who our competitor is – I think we don't have a direct competitor. In reality it is something like the [out of production] Airbus A300 or the Ilysuhin Il-86," he says. 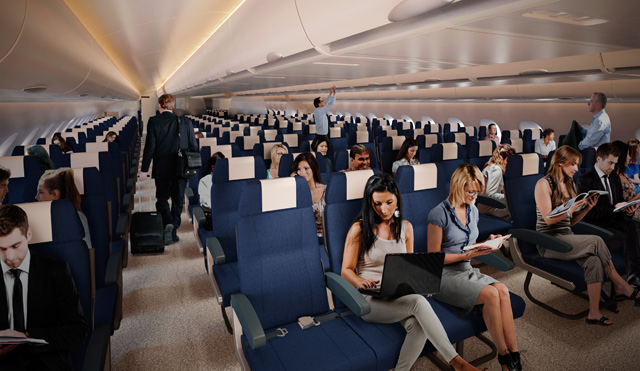 Production at full rate will be around 25 aircraft per year, Grachev says, although the where and how of that assembly work is still up for discussion.

Frigate Ecojet continues its search for potential production sites for the widebody. The company has so far identified a number of viable locations across both western and eastern Europe – interestingly none in Russia – although company documents suggest “various plants in Germany” have made the shortlist. It aims to make a final selection later this year.

The initial 14m fuselage section for evaluation work is to be fabricated by a German company known for working with aluminium – but not necessarily in the aerospace industry, as competencies can be transferred across. The firm is "finalising the technical preparations", Grachev says, adding that "we hope in the coming months [to] start to develop and produce this barrel".

This unorthodox approach was partly driven by the likelihood that if Frigate went to one of the big aerostructure manufacturers requesting a one-off job, this would be met initially with a “no”, ultimately followed by a very expensive “yes”. "In this case we try to look for different possibilities,” says Grachev.

"How many of its own factories does Apple have? None. That's why we have looked outside [of aerospace]. We have chosen a company with the expertise and ability to produce what we need," he says.

It is using aluminium rather than composite, however, "as it is a proven solution that decreases the technical risk".

Discussions over investment in the programme as a joint venture alongside a potential “strategic partner” are also ongoing, Grachev adds, with funding also coming from Frigate Ecojet’s parent Rosavia.

Ultimately, however, the company will sink or swim based on pulling in orders for the unusually shaped jet. The Ecojet is a "targeted solution for a certain market niche”.

“We are proposing a product that is tailor-made for certain operations,” argues Grachev. “It doesn't matter how it looks. If it gives you the possibility of making more money then who cares?"