About as far west as you can go from the aerospace corridor around Montreal and Toronto and the Twin Otter’s original manufacturing site, Canada’s other original equipment manufacturer is proving its gamble to bring the type back to life is more than paying off. Viking Air – based on Vancouver Island on the country’s Pacific coast – has notched up more than 110 orders for the former de Havilland Canada high-winged, twin engine turbine powered aircraft since launching the Series 400 programme in 2007, and has delivered almost 70.

This achievement makes Viking, a privately-owned former maintenance, repair and overhaul facility, one of the most prolific aviation manufacturing start-ups of the modern era. The business model has worked, says Evan McCorry, vice president international sales and marketing, because the company has set itself modest and achievable production targets – “the plan was never to build a whitetail” – and there is plenty of demand throughout the world for a rugged transport or utility aircraft able to take off and land over a short distance and on almost any surface. 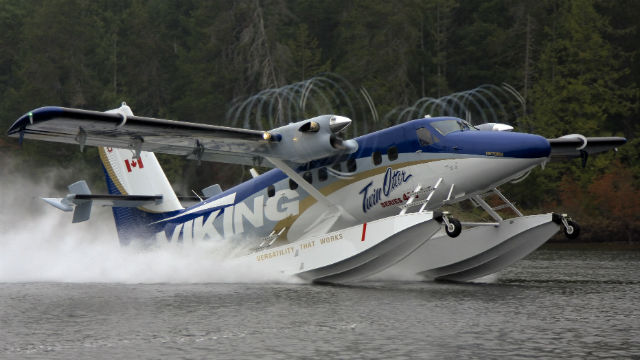 With 99% of sales exported, Southeast Asia, followed by South America, Europe and Africa are its biggest markets. “We are active in developing nations where infrastructure is not good,” says McCorry. “The Twin Otter can land on anything.”

From its facility at Victoria airport, Viking will build 24 aircraft this year – one every 10 working days – although McCorry says this can be raised to 60 a year “if the market demands”. The first Series 400 was delivered in 2010 and the backlog is 15 months, but there are some earlier production slots for those willing to pay a premium.

Before launching the Series 400, Viking bought the type certificates to all the legacy de Havilland types, except the Dash 8, from Bombardier. With up to 600 of the 844 original DHC-6 Twin Otters still in operation – production ended in 1988 – and the type renowned for its longevity and residual value, McCorry admits that “we are in a way competing with ourselves, as it was built so well. People fly them for 30 years.” This year marks the 50th anniversary of the Twin Otter’s first flight. “I’ve just been to Peru and serial number three is still in service there,” he says.

Viking’s story is not one of a visionary entrepreneur out to change aviation overnight. For decades after its formation in 1970, Viking – named so by its then-Norwegian owner – made a modest living from MRO, repairing Grumman flying boats active in the Pacific northwest. It moved into build-to-print parts manufacturing, for Boeing-owned de Havilland Canada and Bell Helicopter (which it still supplies).

When Bombardier bought de Havilland and production of all models apart from the Dash 8 ended, Viking negotiated a deal to sell parts for the DHC-1 through to the DHC-7 directly.

Eventually, in 2006, Viking took over the type certificates, effectively making it the responsible OEM for all aircraft in operation. The company then carried out research into whether there was a viable market for a fresh version of the Twin Otter. It concluded there was, and the Series 400 was born with upgraded Pratt & Whitney Canada PT6A-34 engines, an integrated Honeywell Primus Apex digital avionics suite and, says McCorry, “800 other modifications”. However, the basic all-metal, non-pressurised airframe design remained the same.

Turning from an aftermarket player into a fully-fledged manufacturer was a challenge. The company had to size up for a start, quadrupling its work force to 600 employees – 450 of whom are based in Victoria, and the rest in Calgary. There is also a geographically-spread production chain, with fuselages built in Wichita by Lee Aerospace and the wing, nose and tail by Viking in Victoria. All are shipped to a four-station final assembly line at Calgary, where flight-testing is done. The aircraft then go to Spokane, Washington, for painting and back to Victoria for completion and customer deliveries. 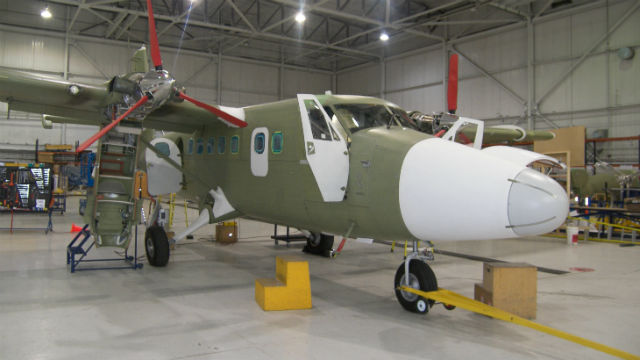 Canadian companies feature in the supply chain, with Fleet in Ontario responsible for the empennage, and local British Columbia firm Sealand Aerospace the flaps. Montreal-based Heroux-Devtek provides the landing gear and Field Aviation in Toronto partners on a multi-role surveillance variant of the aircraft, the Guardian 400, which Viking has high hopes for. Outside Canada, Viking works closely with float manufacturers including Wipaire – around one in seven aircraft are supplied as amphibians, with operators in the Maldives and Papua New Guinea among its customers.

One of the Twin Otter’s strengths, says McCorry, is its popularity across a range of sectors, including military and other government use. “It’s the number one utility aircraft in the world, engaged in everything from parachute jumping to medevac to ISR [intelligence, surveillance and reconnaissance] to troop transport,” he says. “For the ISR market, people want to loiter. The [rival Beechcraft] King Air is too fast. The Twin Otter flies at 180kt but can fly slower, and is comfortable at 5-6,000ft. That’s a sweet spot for ISR.”

However, penetrating the North American defence market remains a challenge. Viking has had little success there, despite legacy Twin Otters being “in service with every branch of the US military”. “Part of the challenge has been awareness,” admits McCorry, who has appointed four US representatives, partly to promote the product to the defence community. Similarly, convincing Ottawa, another legacy operator, of the benefits of the Series 400 is a priority. All McCorry will say is that “we are engaged in a couple of projects with the Canadian military”.

In terms of markets, 24% of Series 400s are in service as commercial airliners “on wheels” – Viking classes amphibian use separately. A similar number are used for commercial or industrial support – everything from shuttling workers to remote sites to monitoring. The next biggest sector is government transport and medical evacuation. One of the Twin Otter’s advantages, however, is its flexibility, says McCorry, noting that in Peru, for instance, the customer is the air force, but the aircraft is used to provide essential passenger and cargo transport to remote Amazon communities.

McCorry is expanding its global sales network of 27 agencies and “upgrading” the way Viking deals with customers by employing regional directors to oversee local representatives. “It’s a different approach to the big OEMs who do it direct, but we are selling a $7 million aircraft, not a $55 million one,” he says. Chinese certification is a big target. “We’re working hard to get it,” says McCorry. “We have several deals lined up, two or three that you’d know by name. With the airport expansion going on there, the Twin Otter is ideal to fly in equipment while they are building runways.”

The no-nonsense, unpressurised Twin Otter is never going to win an award for the most comfortable and luxurious ride in the skies, but Viking has also dabbled in the VIP market. A privately-owned aircraft was on display at the NBAA business show in 2013 fitted with Wipaire floats and an executive interior also by the St Paul, Minnesota-based company. The aircraft featured a four-place club layout with 12 standard seats. Viking believes there is a market for such a variant in the luxury resort market, where top-end tourists have to be transported between small islands.

Although Viking owns the rights to all the de Havilland types, a proposal to reintroduce the DHC-5 Buffalo appears to have stalled. However, McCorry says the company is still “studying” the sector after considering a similar upgrade to the Twin Otter, with P&W PW150 engines and a modern cockpit. The twin turboprop, certificated in 1965, was never as prolific as the Twin Otter – 110 were delivered before production was stopped in 1988 – but several remain in service with commercial operators, as well as militaries, including Canada’s, and the United Nations.

With the Series 400 fleet growing and a diverse customer base, another focus for Viking has been training and parts support. The company is planning to open a new training school next to its Victoria facility in 2016. This will offer a level four simulator with the ability to offer seaplane instruction, and operate 24/7. FlightSafety has the only other Twin Otter simulator at Downsview, Toronto, near the original de Havilland site, but “we hope the market will be big enough for us both to compete”, says Michael Coughlin, chief executive of Pacific Sky, a sister company to Viking that will run the centre. 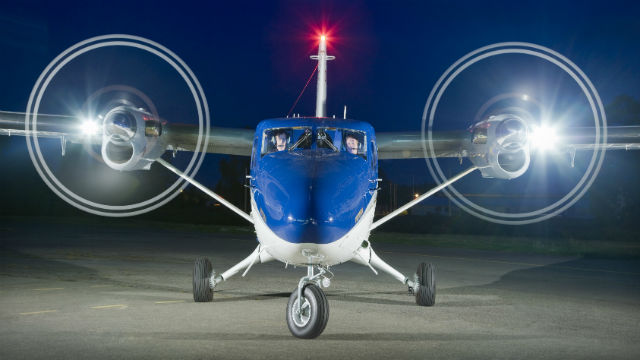 Introducing new operators to the type and assessing their training and support needs is the job of entry into service manager Rob Parker. “Of all our customers, about half are new to the Twin Otter,” he says. “As the balance of our sales shifts to emerging markets, we are finding more customers who have never operated one before.” This brings its challenges. “There are cultural and language and timezone problems you just don’t have with a largely North American installed base,” Parker says. “The guys who need most support are often on the other side of the world and don’t speak English.”

Getting parts to a worldwide operator base is another challenge for a small OEM, says Jeff Humphreys, operations manager for Viking’s aftersales business, which supports legacy de Havilland types as well as Series 400s – around 1,500 aircraft in total. “We put a big focus on our processes, getting to know our customers and anticipating the needs of our customers,” he says. These range from “a sophisticated airline with all the infrastructure such as TMA in the Maldives to a guy in Alaska doing fishing charters with a Beaver, who doesn’t have email and still sends faxes.”

One of the world’s aerospace capitals, Seattle, is a short ferry ride away – but Vancouver Island, with its picturesque inlets and backdrop of wooded mountains, is more the Canada of the picture postcard than the blue-collar manufacturing heartland in the east. Despite being one of British Columbia’s largest private employers, Viking is a “boutique company, a hidden gem”, says marketing and business development manager Angela Murray. Its prospects look good as it continues to find new customers around the globe for a type considered obsolete almost three decades ago.