The concept appeared so profound that many of GE’s engineers sincerely believed at the time that the CF6 had maximised the potential efficiency of the turbofan engine.

“When we were done, the guys said, ‘Gee, we’ll never do an engine this good again. This is the greatest engine we’ve ever done.’ And they believed it. They really did,” recalls GE Aviation president and chief executive David Joyce.

The second-generation CF6-80C engine benefited from the invention of full-authority digital engine controls and from blades designed with 3D aerodynamic shaping. In the past decade, the GEnx engine has replaced the CF6-80C2, with 15% better fuel efficiency, carbonfibre fan blades and fan case and a second-generation twin-annular pre-swirl combustor. That will be followed, in 2020, by a GE9X engine that should be 5% more fuel efficient than the latest version of the GEnx engine.

As the aviation industry looks ahead to ever-tighter restrictions on carbon emissions, Joyce believes the technology that enables fuel-efficiency improvements will continue to stay ahead of regulatory pressures.

“I have great confidence in our industry – not just in GE Aviation, but the technologists across the industry,” he says.

Like any of its peers, GE has a technology roadmap that looks decades into the future, allowing the company to place bets on research funding priorities today. Expanding the use of ceramic and 3D-printed parts throughout the engine is high on the list, as is developing hybrid metallic structures.

But Joyce also points out that some of the biggest inventions are likely to come from technologies that have not yet been conceived. The next wave of engine improvements is likely to emerge as a result of analysing the massive volumes of data harvested from the fleet during and after each flight.

“The analytical tools are just so extraordinarily better now, and they will be better 10 years from now,” Joyce says. “That gives us so much understanding of the physics and interactions that are occurring within the engine.”

The gas turbine engine is a product of the Brayton cycle, which converts a mixture of air and fuel into energy through a simplified, four-step process involving suction, compression, combustion and diffusion. Nearly 80 years after Whittle and German Hans von Ohain separately invented the jet engine, no other means of propulsion can rival the efficiency and reliability of the gas turbine.

Despite that remarkable longevity, the gas turbine still has potentially many more decades of improvements ahead of it.

“I think there is as much headroom to improve in the gas turbine going forward as we have achieved since the first engine ran in 1937 in terms of fuel economy,” says Alan Epstein, Pratt & Whitney’s vice-president of technology and environment. “Do I know how to get there? No, because the old guys took all the easy problems and left us all the hard problems.” 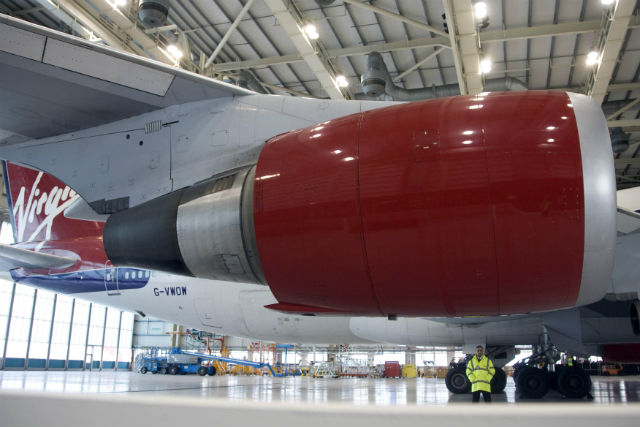 As a former director of the gas turbine laboratory at the Massachusetts Institute of Technology, Epstein also understands how the technology has evolved.

“Whittle’s first jet engine was 10% efficient in converting fuel to pushing the airplane,” he says. “The [PW1100G geared turbofan] going into service later this year is almost 40% efficient. Theoretically, the maximum [efficiency] is about 80%. I don’t know how to get to 80%, but we’re working on technologies for the next Pratt & Whitney GTF [that is due] some time in the 2020s, if there will be an airplane to hang it on. I assume there will be one and that will be another 5%, 8%, 10%, 15% better, depending upon what gear we use.”

The gas turbine has at least two and perhaps three more cycles of improvements before the Brayton cycle process reaches a theoretical limit. That point is still decades away, but engine companies and aircraft designers are already considering exotic concepts, such as hybrid turboelectric systems and unconventional airframe designs.

In the meantime, however, the aviation industry is probably going to face increasing pressure from regulators to cut emissions. Improvements in fuel efficiency could be offset by a predicted doubling of the commercial fleet over the next 20 years. Several industry officials accept gas turbine upgrades are still necessary, but not sufficient to meet regulatory demands.

“We need to decarbonise aviation,” Epstein says. “That’s really the imperative, to reduce aviation’s contributions to the increase in [greenhouse gases]. A large part of that is better airplanes, and the engines that power them. The other part is going to low-carbon fuels.”

Rising interest in biofuels is a key part of the industry’s strategy to overcome rising carbon dioxide emissions. A more fuel-efficient fleet would reduce carbon emissions on a unit basis, but emissions will still grow in absolute terms as the number of aircraft in service continues to rise. The way to solve that problem is to replace fossil fuels such as standard Jet A kerosene (burning it releases into the atmosphere carbon that had been trapped underground for millions of years) with biofuels, which are derived from new-growth plants or plant waste – and thus, when burned, release only carbon that had been absorbed from the atmosphere by the plants very recently.

“If at some point we are all on biofuel then the airplane’s contribution to [atmospheric] carbon is neutral,” says Mike Sinnett, Boeing’s vice-president of product development. “Increased use of biofuels is one way the industry gets its carbon contribution under control.”

Boeing has established a corporate goal of having biofuel contribute 1% of the aviation industry’s overall fuel usage by 2016. The 1% objective carries more significance than the number would suggest. For the energy industry, a 1% measure in any market segment offers a proof of concept, suggesting such a fuel source could be a viable product. That helps drive the business case for investing in the harvesting, refineries and distribution networks necessary to expand the proportion of biofuels in the overall supply.

The industry’s efforts to improve fuel efficiency must keep one step ahead of the regulatory demands. Aircraft and engine design is all about optimising performance at a broad level, with fuel economy traded against other criteria such as reliability and acquisition cost.

“The thing that we would worry about is suboptimisation of the whole process, where you get to the point where there is so much focus on improvements in one specific area that all other areas suffer as a result,” Sinnett says. 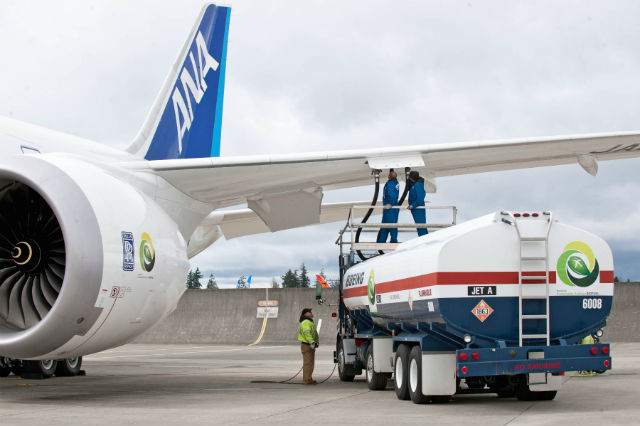