​ANALYSIS: Mueller scrubs up for the MAS emergency room

Taking the reins of a troubled carrier is familiar territory for the German executive, who engineered the turnaround of Ireland’s Aer Lingus. In a 2011 Airline Business interview, Mueller said that when he took charge of the Irish flag carrier in 2009, it resembled a patient in an emergency room, haemorrhaging cash. He may well feel a sense of déjà vu when he formally steps into the MAS role, likely during April or May this year.

At the core of the plan was de-listing

Salient elements of Khazanah’s plan include cutting the workforce by 30% from 20,000 staff in August (a process that is already underway), moving the company’s headquarters, and focusing more on regional routes. Profitability is to be achieved within three years - no small feat given that

All of the changes need to happen in a cutthroat market. On domestic and regional routes,

On the international front

Although experts Flightglobal spoke with are unanimous that Mueller is probably the best man for the job, some question whether even his acumen and leadership skills are up to the task. 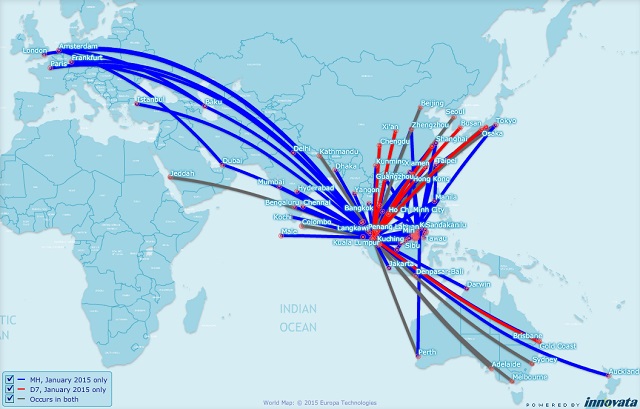 “The key to making these changes happen, and turning

He says the changes will be painful for a lot of staff - those who lose jobs will need to find work elsewhere while survivors will need to be more productive. The environment facing

John Strickland of JLS Consulting is cautiously optimistic of

In regard to local relationship issues, Srickland believes Mueller needs to build a rapport with a strong local team that can help him drive change and deal with sensitive issues.

“Mueller has a good track record for the Malaysia Airlines hot seat,” says Strickland. “He took Aer Lingus from having a primarily low-cost focus to having a business traveller emphasis, at a time when Europe was suffering the effects of an economic crisis with a strong low-cost rival in the form of Ryanair.”

More urgently, he will have to address obsolescence issues with the carrier’s 13 Boeing 777-200ERs, which are on average 20 years old.

“Mueller’s challenge is changing the overall work culture in this airline, helping it know more about the market and their competitors, and making the