ANALYSIS: Rolls-Royce readies for Trent XWB-97 flight test on A380

A year after it powered to life for the first time in a concrete-walled test cell, the engine for the largest variant of the Airbus A350 will any day now be departing Rolls-Royce’s factory in Derby, and making its way by road and sea to Toulouse, where it is set to make its maiden sortie on Airbus’s A380 flying testbed, most likely in October, according to Airbus. Six to nine months and 120h of testing later, the Trent XWB-97 – exclusive powerplant for the A350-1000 – should fly on that aircraft for the first time, ahead of the type’s service entry in 2017.

Meanwhile, with ground testing set to continue for another 12 months or so on seven other development engines, Rolls-Royce will around quarter four next year add the higher-powered engine to a production line that is already ramping up output of its XWB-84 sibling. The XWB-84 (the designations reflect maximum thrust in thousands of pounds) exclusively powers the smaller A350-900, which entered service with Qatar Airways at the beginning of the year, with Vietnam Airlines becoming the second operator in recent weeks.

Rolls-Royce is currently producing two XWB-84s a week – although this has been raised to four to test the robustness of the production process and supply chain, says Tim Boddy, head of marketing for the programme. Both suppliers and final assembly line, he says, coped well with the exercise. He expects output to rise to five a week by the end of 2017 – including by then one example of the -97 variant – and to reach seven a week across the two variants by 2020. “One of our key challenges this year is the customer build-up on the -84,” he says. 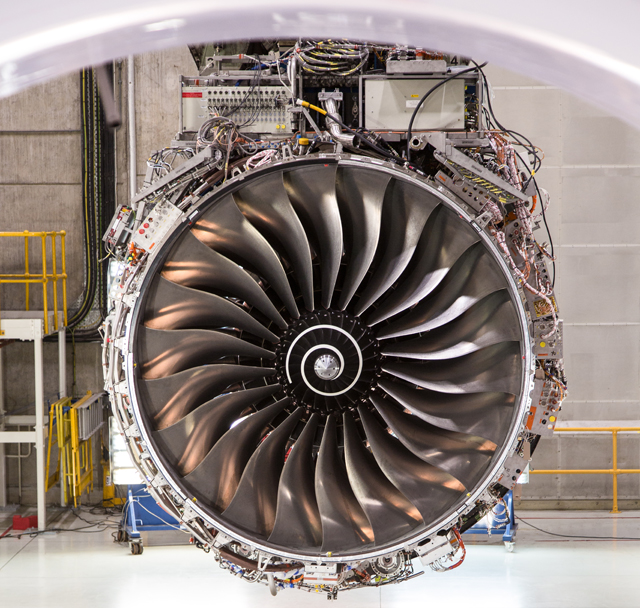 Boddy says he and his colleagues are “delighted” with the performance so far of the engine on the first A350-900s. There are now five of the twinjets in service with the two operators – Latam and Finnair will join their ranks shortly – and the XWB-84 is experiencing “very intense operations for a new engine”, he says. “Vietnam are doing two-hour legs with up to six flights a day, while Qatar does a lot of medium-haul flights and operates in a challenging environment, with lots of flying through sand.”

Although Boddy says “the -84 was always designed with growth potential”, you would have to be a bit of an expert to spot the differences between the XWB-84 and the final production version of its big sister. One of the main tweaks is to the design of the fan system, which includes an inflected annulus to improve flow. “For the -97 we need to run the fan faster, so we’ve added material to the fan blade, the disc and the fan case to cope with that higher stress,” he says. A shroudless blade system has also been introduced for the first time on a Trent.

However, the nacelle is identical and most of the changes are deep within the engine. To achieve higher flow, and thrust, engineers have had to design a way to drive the core faster, and that has involved an increase in size of around 5%. “It’s a subtle change but it’s important to manage down design temperatures,” says Boddy. “When you are driving up the engine temperature, the trick is to run it hot, reliably and with the minimum amount of cooling air. By adding high temperature technology, and adding size to the core, these two things together give you a very robust machine.”

Rolls-Royce will build eight XWB-97 development engines in total and has run five of them. The test programme has just passed the 1,000 cycle milestone with the company claiming “good results so far” and “high confidence in achieving all our targets”. On 25 June, the engine completed a 150h endurance test that included more than 16h at maximum take-off thrust and 42h 30min at maximum continuous thrust. Meanwhile, development engine 20023 is at the company’s Stennis test facility in the USA preparing to have its ability to handle fan flutter and cross-winds scrutinised.

Another engine at Stennis – 20026 – will be used for cyclic testing, while a rebuild of development engine 20021 is taking place after that example underwent bird ingestion and rain and hail tests. The flight testing on Airbus’s MSN1 A380 is designed to fine-tune powerplant integration and “de-risk” the flight test programme on the A350-1000, expected to begin around the third quarter of next year, says Boddy. Testing in 2016 and 2017 will focus on “maturity testing” including further thermal endurance and cyclic tests, to “ensure the final refinement of the product”.

Later this year, the company will achieve another first when the Trent XWB-97 takes to the air on the A380 flying testbed. It will be the only Rolls-Royce product so far to include a major structure built using an additive layer manufacturing, or ALM, process. The 1.5m-diameter titanium front bearing housing (FBH), which holds the roller bearings for the low- and intermediate-pressure compressors, was constructed using the technique, also known as 3D printing, and its host engine has already been ground-tested. Flight International detailed the initiative in our 3-9 March issue.

Production versions of the XWB-97 are not expected to include any ALM-built parts, as Rolls-Royce must first industrialise the technology. However, the effort is part of a drive to introduce a host of innovations to improve the efficiency of its Trent engines. These are wrapped into its two major engine development studies – Advance and UltraFan – unveiled last year. The concepts incorporate packages of technologies such as composite fan blades, low-emission combustion systems and a gearbox, and could theoretically be ready for market in 2020 and 2025, respectively. 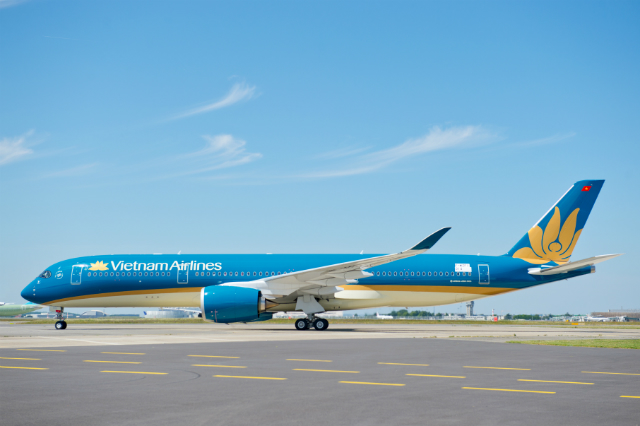 With Airbus sitting on a backlog of more than 780 orders for the A350, including around 170 for the larger variant, the Trent XWB is Rolls-Royce’s most important programme in terms of numbers and reinforces the growing closeness of the UK firm’s relationship with Toulouse. Rolls-Royce has the field to itself with the repowered A330neo, for which it is developing the Trent 7000, and there is increasing speculation that it may launch an engine at November’s Dubai air show to exclusively power a “Neo” version of the A380 – it competes with Engine Alliance on the current superjumbo.

However, while the success of the Trent XWB, the Trent 7000, and possibly a “Trent 9000” if that programme goes ahead, depends largely on Airbus’s ability to secure orders, Rolls-Royce is in a pitched battle with rival General Electric’s GEnx on the Boeing 787. So far, the GEnx has a market share advantage in orders and deliveries of almost three to two over the Trent 1000, but Rolls-Royce believes it is gaining momentum and that the latest Trent 1000-TEN variant, due to enter service in the second half of next year, will give it a technological and efficiency edge over its competitor.

In the next few years, Rolls-Royce could possibly be equipping every Airbus widebody being built – subject to the launch of an exclusively Trent-powered A380neo – with a significant share on one of Boeing’s two new twin-aisle families. Although the firm has had its shareholder battles in recent years, and faces challenges meeting its strategic objective of breaking back into the narrowbody market in the 2020s and maintaining a presence in business jets, the Trent XWB in particular will ensure Rolls-Royce a dominant footprint in the twin-aisle segment well into the next decade.