Accident reports published during the first six months of 2019

Cuban investigators have attributed the fatal Boeing 737-200 crash in Havana to a miscalculation of aircraft weight and balance before take-off, rendering the aircraft uncontrollable once airborne. The Global Air aircraft (XA-UHZ) came down shortly after take-off from Havana, with the loss of 112 passengers and crew. Cuban regulatory authority IACC states that the “most probable” cause of the crash, according to information obtained from the flight recorders, was the “crew’s errors in weight-and-balance calculations”.

The IACC says simulation of the accident, based on flight data, showed the 737 had adopted an excessive nose-high pitch after rotation, before losing speed, stalling and crashing. The trajectory of the extremely short flight suggests the aircraft’s centre of gravity was well aft of the limits. The Cubana flight was operated for the Cuban flag carrier by Mexican carrier Global Air, also known as Damojh Airlines.

The IACC co-operated with the US National Transportation Safety Board, Boeing, and also Mexico’s accident investigation agency, because the aircraft was registered in Mexico. 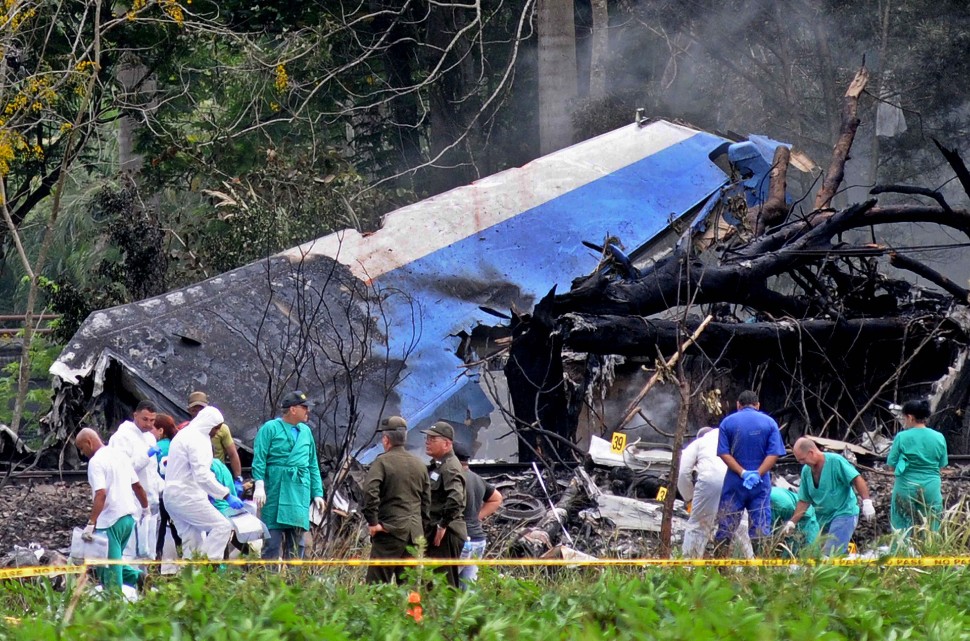 Mexican investigators have disclosed that an unqualified pilot had been in the first officer’s seat of an Embraer 190, and was flying the aircraft until moments before it crashed on take-off in poor weather at Durango. All 103 occupants survived the crash, although the Aeromexico Connect aircraft (XA-GAL) was destroyed.

The investigators found that a crew member travelling in the cabin had been allowed into the flight deck and took the seat of the first officer before departure. The crew member held a multi-engine licence on Beechcraft King Air turboprops, and was “aspiring” to become an E-Jet first officer, having started theoretical training in May and completing 64h of simulator time. He had logged nearly 3,300h on other aircraft, but had no flight experience on E-Jets, and had not completed simulator evaluations required before route training. However, he took the first officer’s seat while the latter carried out external pre-flight inspection. Meanwhile the captain was acting as his instructor – a task for which he was also unqualified.

There was a thunderstorm close by as the crew positioned for take-off on runway 03. CVR recordings reveal that the windscreen wipers were active as engine thrust increased. As the aircraft accelerated – with the unqualified pilot in control – airspeed reading differences between the captain’s and first officer’s instruments became apparent at 80kt (148km/h). The unqualified pilot rotated the aircraft at 148kt according to his ASI (152kt on the captain’s), pitching the jet nose-up to just over 10°. Immediately after lift-off a “gear up” command was heard with the aircraft little more than 2ft above the runway. The inquiry says this is against SOPs in conditions where windshear is likely, which require the undercarriage and flap configuration to remain unchanged until reaching 1,500ft. FDR information shows the gear-up command came at a height of 2.1ft and a ground speed of 144kt.

The E190 had reached a height of 11ft, with airspeed indications starting to decline, when the captain declared he was taking control. It continued to climb, reaching a maximum height of 30ft, with the captain’s ASI showing 130kt. While the crew testified to hearing windshear alarms, none were heard on the CVR, but a “don’t sink” alert – which takes priority over windshear alarms – started sounding at about 20ft. The jet lost height and struck the runway surface, to the left of the centreline, some 2,150m (7,050ft) from the threshold and close to taxiway B. Both engines broke away from the aircraft, which slid along the ground and came to a halt 400m beyond the threshold of the opposite-direction runway 21.

No technical issues were found with the aircraft or engines. Investigators have concluded that the E190 encountered windshear at low altitude during a critical phase of take-of, and while the report attributes the crash to windshear, it cites as a contributory factor the decision to allow an unauthorised pilot to take control of the aircraft, pointing out that the crew experienced decreased situational awareness and failed to adhere to sterile cockpit procedures. The airline says it has dismissed the pilots. 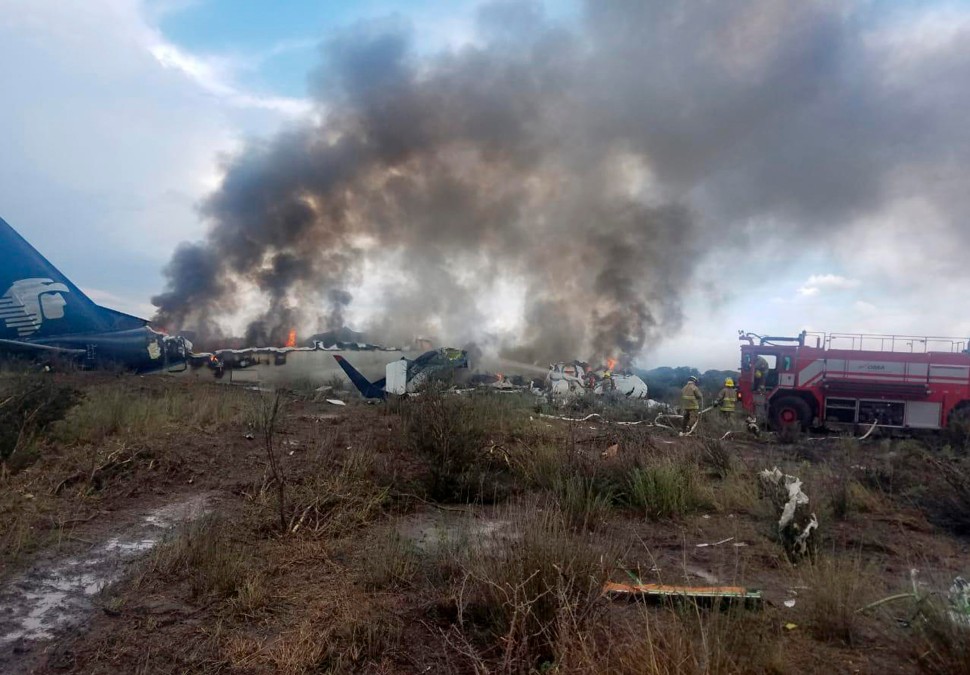 The Nigerian Accident Investigation Bureau has disclosed that the pilots of a Dana Air Boeing MD-83 (5N-SRI) that overran the runway at Port Harcourt should not have been paired together, as the first officer’s training was not complete. The localiser-only approach to runway 21 was carried out in difficult weather, owing to thunderstorms nearby. Monitoring the descent profile on the approach was also made much more difficult by the fact that the airport’s distance measuring equipment (DME) beacon was unserviceable, and there was a 19kt tailwind. The tower had not passed weather information to the crew.

Investigators believe the first officer’s lack of experience increased the captain’s very high workload. The first officer had logged less than 89h on type, out of 358h total time, and while he was qualified to occupy the right-hand seat of the MD-83 he had not been released to fly unsupervised. The report says that with a co-pilot of this experience, the captain should have been a type-rating examiner or instructor, or a line-training captain, but he was none of these.

Investigators state that the first officer was “at the tail end” of his second stage of line training, having demonstrated “satisfactory” performance, and was about to be released to fly with regular MD-83 captains. The report says: “During this very busy phase of approach, it was established that the captain was the only one who was actively alert in the cockpit, including runway look-out, when he was supposed to focus on the instruments and calculations for appropriate decision-making.”

The aircraft landed almost 2,400m beyond the threshold on a wet surface and failed to decelerate in the remaining 580m of the available runway, overrunning by about 300m and sustaining considerable damage. Investigators highlighted other airline failures, including a non-functioning public address system, and unarmed or uninstalled emergency slides. As for the airport, no friction test had been carried out on the runway for five years.

Investigators have traced the cause of a Delta Air Lines Airbus A330-200 engine fire, which broke out shortly after take-off from Lagos, to ignition of leaking fuel from a hairline crack in a fuel manifold.

The aircraft (N858NW) had been bound for Atlanta and was climbing through 1,700ft when the crew received a fire warning for its No 1 Pratt & Whitney PW4000 engine. Nigeria’s Accident Investigation Bureau says the crew opted to return to Lagos. The aircraft was not equipped with a fuel-jettison system, but was certified to make an overweight landing.

After landing the captain ordered evacuation of the A330 from the right-hand side because of the engine fire. The aircraft was carrying 234 occupants; one passenger received serious injuries and another 11 sustained minor injuries during the evacuation. Maintenance company Delta TechOps tore down the affected engine and sent a fuel manifold, fuel nozzle and bracket to Pratt & Whitney for metallurgical analysis. This analysis identified cracks in the manifold. “Cracking in the fuel manifold progressed in high cycle fatigue from an origin at the toe of a tack weld,” the manufacturer reported. “No defects or anomalies were found to be associated with the crack.”

The inquiry says the manifold cracking can be attributed to “high vibratory stresses” owing to coupling of an acoustic combustor mode and a fuel manifold structural mode. It points out that Pratt & Whitney issued a PW4000 service bulletin a month after the incident recommending installation of triplet clamps to reduce vibration stress. Investigators state that the A330 had been maintained in accordance with US FAA regulations and complied with all applicable directives and service bulletins.

UK investigators have traced the jammed nose-gear on a Flybe Bombardier Q400 to fatigue within an electrical harness, which had been secured by a non-flexible cable-tie. After take-off from Belfast City for Inverness the crew realised that they were unable to lower the nose-gear and, after burning off fuel, diverted to Belfast International, where the Q400 landed with its nose-gear retracted.

The UK Air Accident Investigation Branch inquiry found the cable-tie restricted the electrical harness from flexing during the normal operation of the nose-gear, creating a cyclically-driven fatigue mechanism within conductor wires in the harness. Mechanical damage within the harness to the primary “nose-gear lock” proximity sensor resulted in an intermittent and erroneous change of sensor state during landing-gear retraction. “The measured inductance value associated with the sensor state change was not sufficiently high for the sensor to be flagged as faulty, and the erroneous state change was therefore considered valid,” the inquiry says. This meant the nose-gear retraction was interrupted, causing the gear doors to close prematurely, and the tyres to come into contact with the doors. The tyres jammed in the nose-gear bay and prevented nose-gear deployment.

“The flight crew followed the appropriate procedures for dealing with the incident, which led to the safe landing and evacuation,” says the inquiry. Fifty-three passengers and four crew members were on board the aircraft (G-JEDU). The evacuation was “orderly”, with just minor injuries to two occupants, with the only delay resulting from passengers’ concern over the higher drop from the aft exits as a result of the nose-down attitude.

Bombardier has since taken action to clarify nose-gear proximity harness routing and attachment instructions in aircraft maintenance manual tasks, and has published inspection requirements. Both the airframer and landing-gear manufacturer are working to identify a more flexible harness design, the inquiry says. 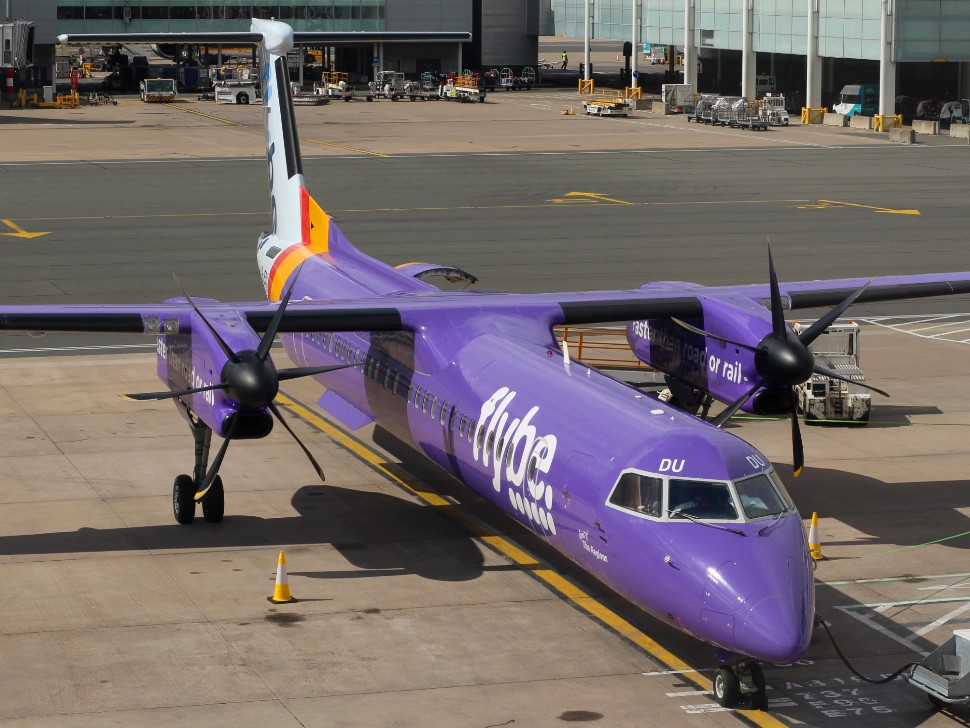 The European Union Aviation Safety Agency (EASA) has ordered repetitive inspections of engine power controls on Aircraft Industries Let L-410 engines, after a fatal accident involving the type in Russia. Investigation into the crash involving a Khabarovsk Airlines aircraft, on approach to Nelkan, determined that its starboard engine entered the reverse-thrust “beta” regime, which is not supposed to happen in flight.

EASA initially advised checks on propeller controls for the General Electric H80-200 engine as well as the beta switch, before formally requiring certain switches to be replaced. However, EASA has revised its directive after finding that engine push-pull settings “may be inadvertently changed” after certain maintenance or modification actions – such as replacement of a fuel-control unit. It states that the push-pull control, as a result, requires conditional repetitive inspections and adjustment. The directive has also been extended to the H85-200 powerplant. 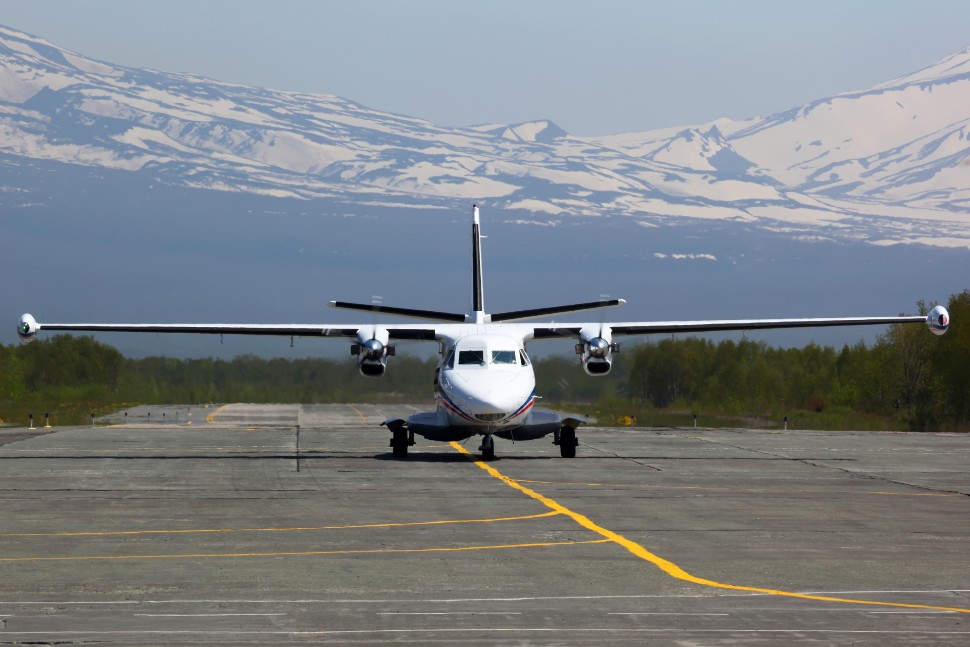