The companies say that their programmes are deeply indebted to the X-51A, which last flew in 2013. Built by Boeing and Pratt & Whitney Rocketdyne (now Aerojet Rocketdyne) for the US Air Force Research Laboratory and DARPA, the X-51A was the first hypersonic vehicle to be propelled over a substantial period of time by a scramjet engine that used JP-7 jet fuel. That hydrocarbon avgas was once used by the Lockheed SR-71 Blackbird. That military-grade jet fuel is more readily available then the exotic hydrogen gas that had been used to fuel previous hypersonic vehicles, such as the scramjet-powered NASA X-43A in 2004.

“X-51 was a really a stake in the ground. It was a propulsion demonstrator. It was intended to demonstrate the capability, to solve the physics of supersonic combustion,” says Tyler Evans, vice-president of Aerojet Rocketdyne’s Rocket Shop. “Ever since then, we’ve been evolving the state of the art around making it more affordable and producible.”

Aerojet Rocketdyne and Northrop Grumman are the engine developers on their respective teams and believe 3D printing will help save on production costs and lead times. Those improvements will be needed to manufacture scramjet engines in large numbers, should the US Department of Defense ever decide to move beyond funding prototypes and towards ordering production models.

“I think we are in a good position now where we are actually starting to drive affordability into hypersonics,” says John Wilcox, Northrop Grumman’s vice-president of advanced programmes and technology.

MATCH IN A HURRICANE

Like a conventional turbojet engine, a scramjet inhales air through its inlet, compresses and mixes it with fuel, and ignites the mixture to produce thrust out its nozzle. Unlike a turbojet engine, it does not have any turbine blades to compress air, but instead relies on air being forced through its inlet as it is pushed through the atmosphere at high speeds, often propelled by a rocket booster. The result is a jet engine with no moving parts, which cannot produce thrust on its own from a standstill. 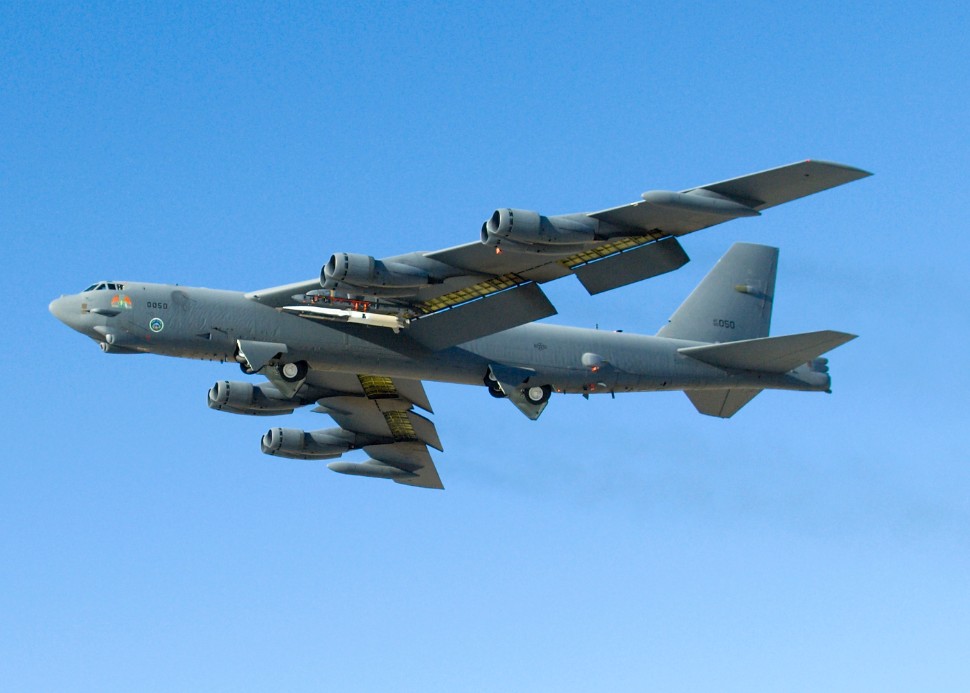 “Mach 5 is considered the upper operating limit of the ramjet,” says Dora Musielak, an adjunct professor of mechanical and aerospace engineering at the University of Texas at Arlington. “A scramjet will not operate below speeds of about Mach 5.”

So difficult is igniting fuel and air at supersonic speeds inside a scramjet that producing thrust with the technology has been compared to lighting a match in a hurricane and trying to keep it burning.

“If you take the length of a typical combustor, say 20cm [8in] or 50cm and divide it by the velocity of 3,000mph [4,800km/h] to 6,000mph, you will find that the typical time that an air molecule spends within the combustor is of the order of a fraction of a millisecond,” says Javier Urzay, a senior research engineer in aerospace at the Center for Turbulence Research at Stanford University. “The main evolution has been in trying to increase that flow-through time, making flow-through times that are longer so you have longer times to burn fuel and oxidizer.”

What’s more, the flight corridor of a scramjet-powered hypersonic vehicle is in the stratosphere at 66,000ft to 98,000ft. Go too high and the atmosphere runs out of oxygen to burn. Go too low and the denser atmosphere causes excessive drag and aeroheating, says Urzay. 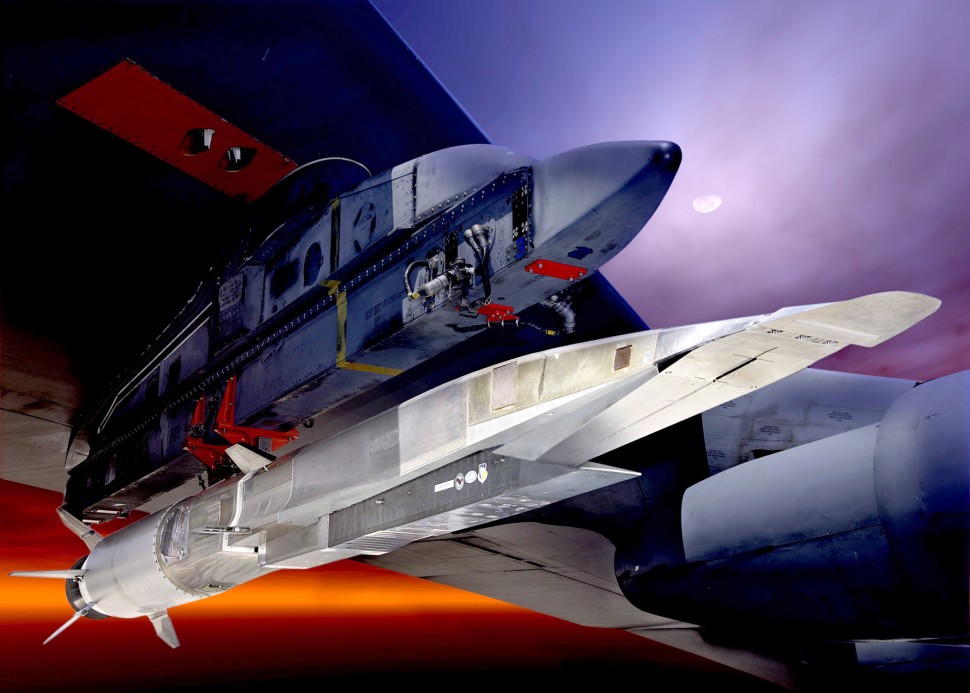 As a result, scramjet developers have been intensely interested in finding or developing new heat resistant materials, says Urzay.

In light of such challenges, as well as unmentioned others, scramjet engines have made lacklustre progress for decades. However, that changed with the success of the X-51A, which made four flights between 2010 and 2013, delivering more than 9min of test data. On its last flight in 2013, the cruise missile flew for 210s at Mach 5.1.

“It was one of the most successful programmes that we ever had. It demonstrated that the scramjet could operate on hydrocarbon longer than the X-43 on hydrogen,” says Musielak. “The X-51A provided a wealth of lessons learned. Everything that needs to be demonstrated was in those 210s: the fuel injection, the ability to cool the surfaces of the vehicle, the ability to ignite, all the materials that were incorporated for the nose cone, for all the surfaces.”

The X-51 was fuel-cooled and used a silica-based thermal protection system as well as reusable insulation tiles, similar to those on board NASA Space Shuttle orbiters, according to the USAF. It was made primarily using standard aerospace materials such as aluminium, steel, Inconel and titanium, with some carbon/carbon composites on the leading edges of fins and cowls.

In order to build on its work with the X-51A, Aerojet Rocketdyne acquired 3D Material Technologies in March 2019, an additive manufacturing shop that specialises in 3D printing metal alloys. “They have capacity that we intend to utilise in order to scale up proprietary techniques that we’ve developed and demonstrated,” says Evans.

For its part, the Northrop Grumman-Raytheon team has been secretly working together for the past five years on hypersonic technology. Northrop Grumman says its first hypersonic flight test is coming soon. “The actual date is classified,” says Wilcox. “[It is] near term. That’s anything from months to a year.”

Northrop Grumman is 3D printing all of its engine using advanced materials, including the critical combustor. “The use of additive manufacturing techniques also enables better performance and faster production,” says Wilcox. “Advancements in this area of manufacturing have made a big difference in printing precision parts that used to be too complex and time consuming to do by other techniques. Our successful tests have confirmed that additively manufactured materials perform as intended in simulated conditions.”

The company has conducted successful ground tests, including “in an actual windstream at the high Machs where we would actually fly,” says Wilcox. He declines to say anything about the future flight testing regime except to note: “Anything we did with X-51 we are taking it one or two steps further.”

Northrop Grumman adds that it is sticking with a hydrocarbon fuel. “We are using a hydrocarbon fuel like JP-10. That’s what our fighters use and our bombers use,” says Wilcox. The company declines to say much about what materials it plans to use, except to call them “advanced".

Aerojet Rocketdyne appears to be going in a different direction. The company declines to say much about the materials it is using other than that they are “conventional". Says Evans: “One of the key strategies to make hypersonics real is to have affordable materials technologies.” The engine manufacturer notes that it is borrowing from 3D printing work done on its RL10 rocket engine, which powers the Centaur upper stage of the Atlas V.

“Our future versions of RL10 embrace additive manufacturing as an opportunity for reducing cost and schedule,” says Evans. “The materials that are used in that engine, and similar engines that we produce for the space sector, is what I would call conventional. And, we are reaching into that for learning.”

Moreover, a 3D printer could help create scramjet engine geometries not possible before. Changing the contours of the inside of a scramjet could help to better control the flow of air and fuel so as to improve performance, though it has to be durable in high-temperature environments, says Urzay.

For instance, one strategy to lengthen the flow-through time of air inside a scramjet, in order to facilitate ignition, is to create flameholder cavities where gases circulate and linger for a time, says Urzay. Others include controlling the air flow with wedges and struts, he says.

AeroJet Rockeydyne declines to comment on specific features inside its engine, but says 3D printing can help manage the “physics".

“If you look at X-51, it’s a very complicated, complex, conventionally manufactured engine,” says Evans of Aerojet Rocketdyne. “We were able to take additive manufacturing and replace all that complex, heavy, long-lead time material and make it much more sophisticated, finessed.” The result is physics that are better managed, without the need to do secondary machining, drilling, welding, he adds.

Northrop Grumman sees similar advantages. “Precisely locating and controlling geometry was an important aspect of our use of additive manufacturing,” says Wilcox.

For Northrop Grumman’s and Aerojet Rocketdyne’s efforts to prove fruitful, and to top the achievements of the X-51A, the companies will need fly for substantially longer and recover their vehicles, says Musielak.

“If we are talking military applications, we want to do at least 10min of sustained flight,” says Musielak. A notional cruise missile traveling at Mach 5 would be able to travel more than 555nm (1,000km) in that time period. At that speed it would make it difficult for an adversary to hide or react.

Moreover, developers need to understand how a scramjet would react to that length of hypersonic flight. The X-51A development team elected from the outset not to build recovery systems in the flight-test vehicles, in an effort to control costs and focus funding on the vehicle's fuel-cooled scramjet engine, says the USAF. However, Northrop Grumman and Aerojet Rocketdyne need to recover their scramjet demonstrators to study how their materials react to hypersonic flight, says Musielak.

“For scramjet propulsion to become a viable propulsion system, then we need multiple flight tests of very substantial duration each,” she says. “We need to find out whether they can withstand those extreme environments.” 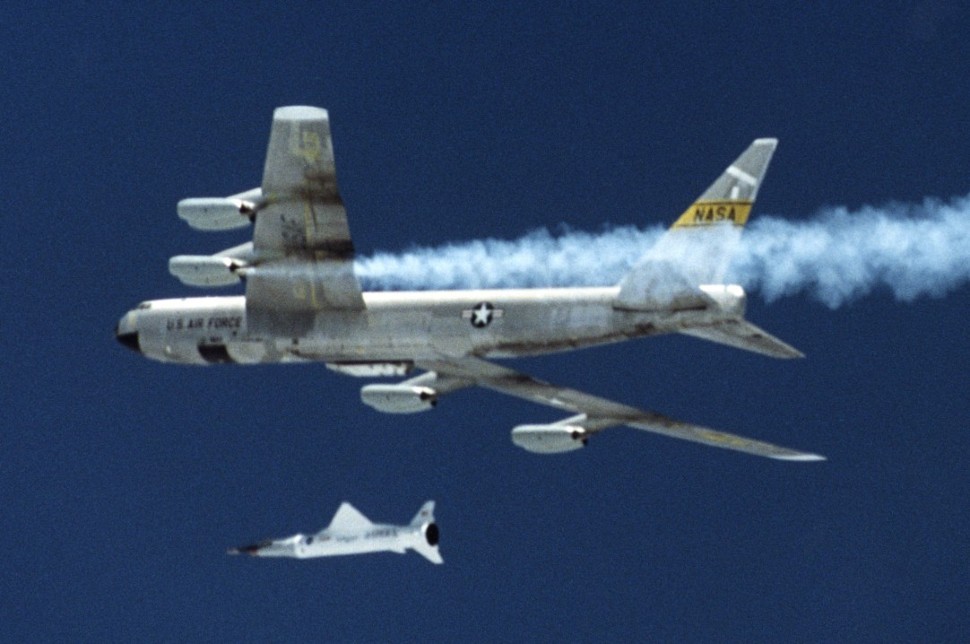