Though such concerns are not new, they have become salient in the wake of the Lion Air and Ethiopian Airlines crashes, which killed a combined 346 people and prompted the global 737 Max grounding.

Amid mounting questions, the US Department of Transportation announced on 19 March that its inspector general will audit the 737 Max 8's certification process.

Boeing, which has consistently insisted the 737 Max is safe, vows to work with the international aviation community to understand the crashes and to further improve safety.

Both Boeing and the Federal Aviation Administration are also standing by the Max's certification as being thorough and following long-established processes.

But some safety experts are raising issue with Boeing's response to the crash.

James Hall, former chairman of the National Transportation Safety Board, thinks Boeing should have grounded the 737 Max immediately following the Lion Air crash.

"Anybody, I believe, with those facts, would have made the decision to immediately ground the plane," Hall says. "I think Boeing did great damage to their worldwide reputation."

Others suspect pilot training played more a role in the crashes than has been reported.

"It's so damn easy to neutralise it," aviation safety consultant John Goglia says of the software system that played a role in the October 2018 Lion Air crash. "Hit the trim switch on the control column."

Indeed, some US pilots insist they understand how to address problems with the system, called the manoeuvring characteristics augmentation system (MCAS).

MCAS erroneously and repeatedly pushed down the nose of the Lion Air aircraft, eventually overwhelming the pilots' actions to counter it, according to investigators.

Authorities say the Ethiopian flight, which crashed 10 March, was similar to the Lion Air flight. But that link has not been confirmed, and the investigation remains in the early stages.

Airline training regiments must be approved by aviation authorities, but often those authorities defer to the airlines they oversee, says Goglia.

In the USA, some airlines encourage pilots to hand-fly aircraft without autopilots until reaching altitudes as high as 10,000ft, a practice which keeps pilots' flying skills well honed, he says.

Elsewhere in the world, however, pilots often engage autopilots immediately after takeoff, a practice that over time "could lead to degradation of those skills".

"Why is it that all the US carriers are not having issues with this system, and other carriers outside the US are?" Goglia says of MCAS. "That's a question that needs to be asked and answered."

Aviation incident reports compiled by NASA show that in the last two years pilots reported two instances when a 737 Max went into an uncommanded descent shortly after takeoff. Whether those incidents are related to the MCAS system is unknown.

The investigators into the Lion Air crash have also called attention to maintenance concerns, noting the airline dispatched an aircraft with known flight sensor issues. The aircraft was "un-airworthy", officials have said.

In the days after that crash, Boeing reminded pilots that established cockpit procedures for addressing a "runaway stabiliser" will override MCAS, should it kick in and push the aircraft's nose down due to erroneous angle-of-attack (AOA) data.

MCAS relies on a single AOA indicator, meaning a single failure can cause MCAS to kick in.

"Why isn't there two?" Goglia says.

Hall views Boeing's post-Lion Air guidance as a move to "essentially redirect the blame to the pilots of their customers… It was a very old sell," he says. "The first reaction always has been at Boeing to blame the pilot."

Boeing, for its part, has continually insisted that MCAS can be deactivated with a few standard steps.

Boeing also says it expects to roll out an MCAS software upgrade in the "coming weeks" to address concerns, and the FAA has said it intends to mandate the upgrades.

"We’ve been working diligently and in close cooperation with the FAA on the software update. We have taken a comprehensive and careful approach to design, develop, test and ultimately certify the software," Boeing says.

"This whole set of circumstances is giving the opportunity for a lot of thoughts," says Hall.

Top of Hall's mind is the seeming brevity of the training pilots must complete to transition from 737NGs to the 737 Max.

"The thing that concerns me most is… that its two years since this plane was introduced and there is still no simulator," Hall says. "I certainly hope this plane isn't returned to service until there is a simulator."

Tru Simulation and Training, which makes 737 Max simulators, declines to comment about demand for or deliveries of 737 Max units. 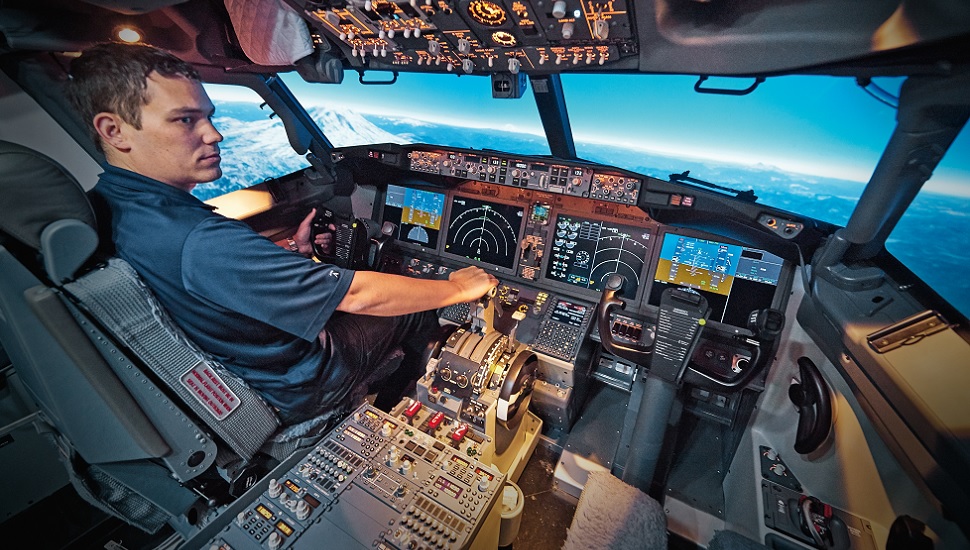 "One thing I learned from my experience in the NTSB… is that the simulator is the most important tool," he says.

Observers have also called attention to the experience of the Ethiopian flight's co-pilot.

Though the pilot-in-command had 8,100 flight hours, the first officer had far less – 350h, Ethiopian says.

"He would never get into the cockpit in the US," Goglia says.

In 2013, US regulators issued a rule requiring airline pilots have at least 1,500h of flight time. The rule came in response to the 2009 crash of Colgan Air flight 3407, which investigators say went down after one of the pilots put the aircraft into a stall.

Though pilots with 1,500h can legally fly a big jet in the US, those with minimum hours typically start their careers in smaller aircraft such as regional jets. Major US carriers that operate aircraft like 737s typically hire pilots with as many as 2,000-3,000h, Goglia says.

Other observers speaking on condition of anonymity have raised similar concerns about pilot training and basic flying skills. Much attention has focused on airlines in emerging markets, though major, established global carriers have not been immune.

Examples include the 2013 crash at San Francisco of an Asiana Airlines 777-200ER and the 2009 crash of an Air France Airbus A330, both of which investigators attributed partly to factors including crew failures and cockpit complexity.

Some pilot groups say pilot experience requirements have loosened in some parts of the world, even while tightening in the USA.

That license has no firm cockpit-hour minimums. Rather, holders must have 240h of time either in a simulator or in an actual cockpit. ICAO does not specify the mix, though holders must have completed enough cockpit time to have received a private pilot license.

In the USA, private pilot licenses can be attained with as little as 40h flying time, Goglia notes.

MPL holders may only operate aircraft as part of a crew, where they can be monitored.

"MPL is a competency-based license, and the data to-date which we’re aware of reveals no specific safety concerns for pilots trained with this approach," ICAO tells FlightGlobal.

Ethiopian Airlines is among carriers to have adopted the MPL license standards, announcing in 2011 the hiring of a flight training company to move future Ethiopian pilots through MPL licensing. The company did not comment about the MPL license.

BOEING AND THE FAA

Pilot training concerns come alongside questions about Boeing's handling of the crashes and the FAA's certification of the Max.

In recent days, The Seattle Times reported that the FAA partly delegated to Boeing some 737 Max certification work. The FAA has been able to appoint delegates since the passing of a 1958 law.

Then came reports that both the DOT and Congress launched investigations into the FAA's Max certification.

In response, Boeing says, "The 737 Max was certified in accordance with the identical FAA requirements and processes that have governed certification of previous new airplanes and derivatives".

"The FAA considered the final configuration and operating parameters of MCAS during Max certification, and concluded that it met all certification and regulatory requirements," the Chicago-based company adds.

The FAA describes the Max's certification as a thorough, five-year process.

"We have no reports from whistleblowers or any other sources pertaining to FAA technical personnel being pressured to speed up certification of the Boeing 737 Max," the FAA adds.

While 737 Max pilot training does not mention MCAS, the FAA mandates "periodic runaway stabiliser trim training", which covers steps that will deactivate MCAS, the FAA says.

Goglia says the FAA, more than 20 years ago, started appointing delegates at the companies it regulates. It works through those delegates to certify products.

"They would select people from within the company and give them authority to work on behalf of the FAA," he says, adding that the system worked "pretty" well and came as a response to the fast pace of technological development.

"The FAA resources are not very large. They couldn't keep up with the speed of business," Goglia says. "There was this cry from the industry that [the FAA was] costing the US aviation industry billions of dollars a year."

With the shift toward delegates, however, have come allegations that some companies might circumvent delegates, going straight to the FAA for approvals.

Hall, whose time at the NTSB involved investigation of major aviation accidents, including those caused by 737 rudder issues, watched the FAA's transition with concern.

"Slowly, but intentionally, they have effectively transferred control of certification decisions away from the FAA and into the hands of Boeing. That was what appalled me," he says. "The FAA has thrown their hands up and said, 'It's too complicated and too big.'"

Hall thinks the FAA has not fulfilled its mission with the 737 Max, and he raises concerns about corporate influence.

"Washington, DC is the home of money and influence," Hall says. "And when you try to keep safety to the forefront, it's hard work."