ANALYSIS: Collins amps up electric aircraft push with 'The Grid'

At a time the aerospace industry is abuzz with talk of electric aircraft concepts, Collins Aerospace is investing $50 million to turn such concepts into reality.

The company plans within a year to open "The Grid", a technology laboratory in Rockford, Illinois where engineers will work to develop advanced electric systems for future generations of aircraft.

Collins has ambitious goals, but executives, well aware of technology limitations, are not promising an overnight revolution. They are not yet developing a fully electric aircraft propulsion system.

Rather, the lab will enable Collins to improve the types of onboard electric systems it already makes and help develop and test a hybrid-electric propulsion system for a regional airliner. 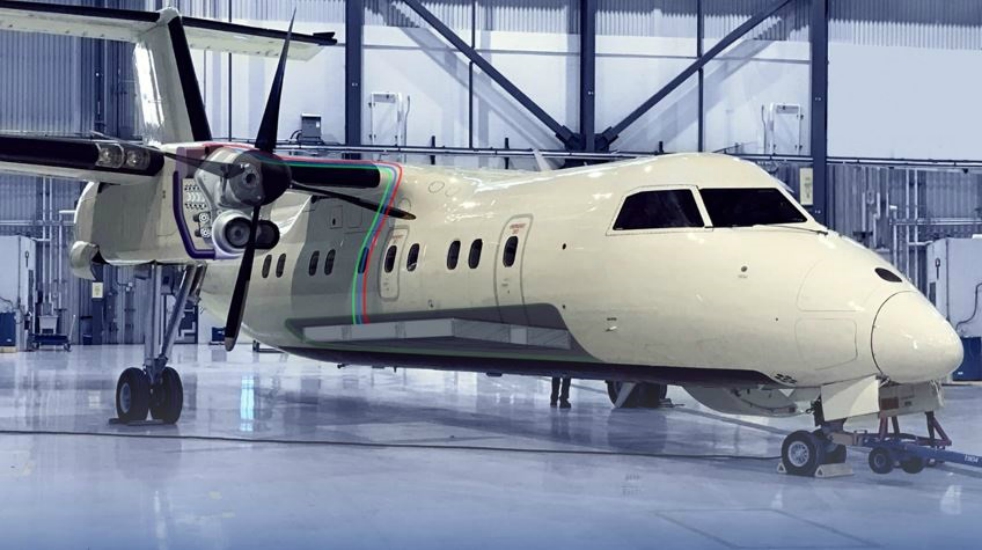 The Grid "represents a strategic investment by Collins Aerospace as we position to remain the world leader in aircraft electrification," says Collins chief executive Kelly Ortberg during an event in Rockford. "The grid will be the most-advanced electrical power system lab in the industry, and will enable us to design and test the next generation of more-electric aircraft."

Executives are eyeing certain aircraft development programmes already underway, though they decline to specify which.

Collins president of power and control systems Tim White says the company is building The Grid "in mind with some of the announced projects, and to be a resource for industry".

The Grid will consist of four labs, enabling testing of different systems simultaneously. Collins expects to open the first lab in one year and for the entire facility to be operational by 2021. The 2,320sq m (25,000sq ft) site will employ about 50 people. The $50 million cost is part of a planned $150 million investment by Collins in electric systems during the next three years.

TURNING UP THE POWER

Collins Aerospace's concept of "The Grid", an electric systems lab it intends to open in about a year

The company makes the electric supply system for the 787, which it calls the "most electric" aircraft flying. The 787's six generators create 1.5MW of power – enough to power some 600 homes – and about 270V.

Collins is aiming higher with The Grid, which will have dynamometers capable of testing motors, generators, electronics and electric systems at up to 2MW and 1kV of power, the company says.

Collins will use The Grid to study challenges altitude poses to electric systems, such as the effect of air density on electric-arc distances, says White.

Collins will seek to solve riddles such as how to quadruple an electric system's power output while only doubling its weight, says Collins vice-president engineering Mauro Atalla.

"The technical requirements get even more severe when you think about electric propulsion. You have to be that much better and lighter and efficient," says White.

Collins and Pratt & Whitney Canada, also a UTC unit, are assisting UTAP with that effort, called Project 804 in a nod to the mileage between Rockford and P&WC's site near Montreal.

"The project is going to leverage commercial, off-the-shelf technology rather than creating... new, exotic [battery chemistry], for this first stage of" the programme, says UTAP executive director Jason Chua.

UTAP describes the effort as a "pragmatic" approach using existing technology. Battery technology limitations make fully electric transport-aircraft engines "out of reach for the short- to mid-term future", except for use in small air-taxi concepts, says a UTAP paper released in March.

UTAP intends to mate the 1MW electric system with a 1MW fuel-burning engine to create a 2MW powerplant. Engineers plan to replace one of the Dash 8's turboprops with that hybrid-electric engine.

"One of the engines is going to be left completely as is. The second engine will be replaced from the gearbox back with a hybrid-electric powerplant we are producing," says UTAP Project 804 lead Greg Winn.

UTAP has already received the Dash 8 and expects to conduct first flight with the hybrid engine in 2022.

During takeoff, the hybrid system's electric and fuel-burning engines would provide equal power.

But during cruise and landing, when significantly less power is needed, the electric motor would shut off, leaving the fuel-burning engine to do the work, UTAP says.

"The electrical assist is high-power and short-duration, allowing the size and weight of the energy storage device to be manageable," says the company's report.

During hour-long flights, the hybrid-system should boost the Dash 8's fuel economy 30%. Efficiency should be better when incorporated into an aircraft designed from scratch for hybrid-electric power, UTAP says.

Executives do not intend Project 804 to develop a certified system, but rather to prove the technology and ensure Collins can deliver such systems when OEMs come calling.

"The demonstrator will help us understand some of these system-integration-level challenges that we would face when an OEM decides to develop a hybrid-electric aircraft, so we have that knowledge ahead of time," says Atalla. "That's what we really want to get to by the end of" 2022.