Concrete walls separating a control room at a Delta Air Lines test-cell facility in Atlanta, Georgia, are 0.6m (2ft) thick, yet operators can still hear the roar of a Rolls-Royce Trent XWB engine while they inspect it from all angles with five video cameras.

"It's pretty quiet in the control room, but when we run a Trent XWB at 84,000 pounds [374kN] of thrust you can definitely hear it," says Dustin Thames, principal engineer for engine test operations at Delta TechOps. 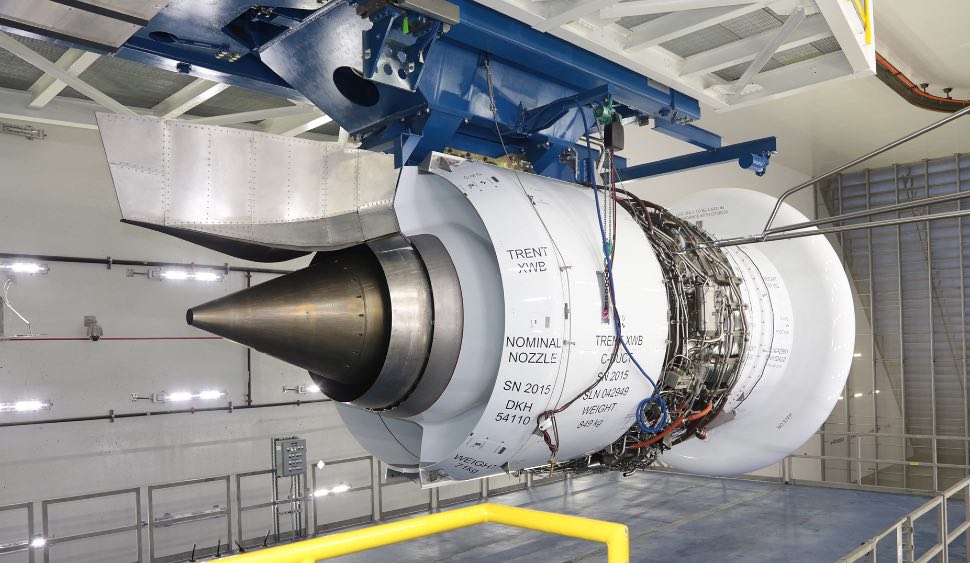 This football field-sized testing room for locking engines in place and pushing them to their thrust limits for safety checks is part of Delta's goal of expanding TechOps into a billion-dollar MRO business. The company's MRO revenue grew by 15% in 2018 to $700 million – a tiny fraction of the airline’s $44.4 billion revenue for that year. Engine service deals planned for the test cell could help to raise Delta's overall MRO revenue to $1.5 billion annually "during the next five or seven years", says Don Mitacek, senior vice-president at TechOps.

"I suspect we can get annual MRO revenue over the billion-dollar mark in the next two to three years," he says. This estimate is based on when the test cell could begin servicing customers, since operators are running a Trent XWB engine as part of the facility's lengthy certification process.

Delta sees its MRO investments – including the test cell which opened in February and a new engine overhaul shop also in Atlanta which opened in 2018 – as preparations for a shifting market. The world's commercial fleet tallies around 27,500 aircraft today, and is projected to grow to 39,000 in 2029, says Tom Cooper, vice-president at London-based market analysis firm Oliver Wyman.

Global spending on MRO activity is meanwhile forecast to grow from its current $81.9 billion level to $116 billion in 2029 to match the expansion of commercial fleets. Engine MRO services could represent the largest segment of that spending, increasing from the current $33.4 billion to $50 billion, he says.

The new test cell is designed to service engines that will be built decades from now, and expanding predictive maintenance capabilities is part of Delta's MRO plan to stay competitive. At the MRO Americas event which kicked off today in Atlanta, the operator plans to announce a predictive maintenance partnership with an OEM to improve data collection and analytics aimed at improving reliability and minimising the costs of repair, says Mitacek.

"With predictive maintenance, we're pulling a unit at the right time, rather than letting it run and cause flight disruptions," he says. 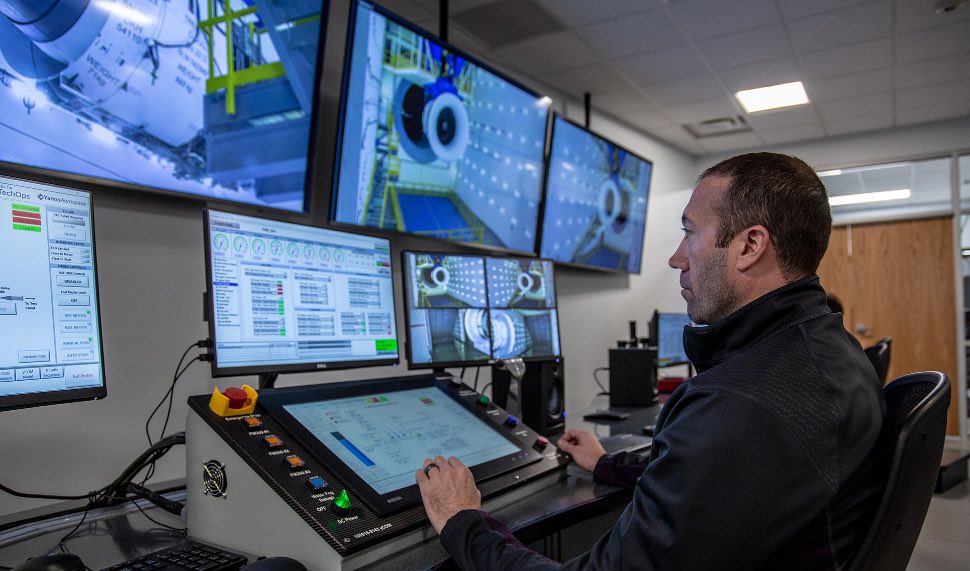 More accurate thrust and fuel-flow measuring sensors in the test cell make it possible for Delta to collect more engine data for predictive maintenance than at its older facilities. Delta's investments in MRO have been due to happen in part because "our existing large test cells are upwards of 50 to 55 years old", Thames explains. "The size of those other test cells really limits the engines we can service," he adds.

Test cells must gain capacity to service a new generation of engines which are trending larger, Thames says, because they feature larger fans to allow higher bypass ratios in the quest for improved fuel efficiency. The Atlanta facility is equipped to run a mounted, stationary engine running with 150,000lb of thrust.

Partnerships with Pratt & Whitney and R-R are part of Delta's business strategy. Engineers at the test cell plan to eventually provide MRO services for the Trent XWB and Trent 7000 engines which power the Airbus A350 and A330neo, both joining Delta’s fleet. The carrier plans for this test cell to also service P&W-built PW1100 and PW1500 variants of the geared turbofan engine which power its A321neo and A220 aircraft.

Thames says servicing of PW1100 engines at the test cell could begin in early 2020. Engineers at the repair shop in Atlanta have begun servicing Trent 1000s. Unlike many other engines that Delta plans to service, the Trent 1000 is a power option for an aircraft not part of its own fleet: the Boeing 787.