Half a century ago this week, a dart-like airliner that promised to revolutionise the air-transport industry broke cover in Toulouse.

And the state-of-the-art machine that emerged would henceforth be referred to universally with the French spelling of its name – Concorde. Although it would not go on to the revolutionise the industry – that task fell to the its peer, the Boeing 747 –the Anglo-French supersonic transport captivated the public’s imagination throughout the world, thanks to its aesthetic design and eye-watering performance. Its beauty, combined with a passenger clientele that usually comprised business leaders, politicians and showbiz types, created a mystic-like image among the general public. 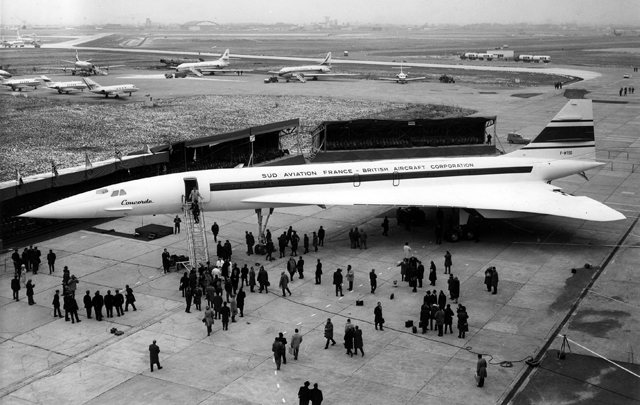 The iconic airliner makes its debut on 11 December 1967

But that was all in the future back on 11 December 1967, when the world first set eyes on Concorde. Flight’s extensive report on the event, which took place at French partner Sud Aviation’s plant at Toulouse Blagnac airport, was carried in our 21 December 1967 issue.

“Anglo-French technical collaboration reached new heights with the roll-out of Concorde 001 on 11 December,” was how Flight opened its report. The “impressive ceremony” was “a fitting tribute to the high ideals of the undertaking, and to the skill of the engineers who had created this most beautiful of all aircraft in the extraordinarily brief time of only five years after getting together”.

Flight went on: “A thousand guests assembled for the ceremony, including senior officials from the British and French Governments, the Concorde customer airlines, and the manufacturers and major sub-contractors (the last-named had also nominated small groups of employees to represent the many diverse skills and trades behind the project at shop-floor level). The event was staged with a due sense of history and drama, and with a careful regard for protocol.”

The roll-out was preceded by a ribbon-cutting ceremony and the anthems of the collaborating nations. Air France and BOAC hostesses provided the golden scissors.

Flight’s report captured the atmosphere of that unveiling moment: “Precisely on schedule the vast upward-hingeing door of the Sud-Aviation flight hangar at Saint Martin, Toulouse, rose for a dramatic revelation of the brilliant white Concorde against a pale blue backcloth, on which were mounted the insignia of the 16 customer airlines, flanked on either side by the Union Flag and the Tricolour.” 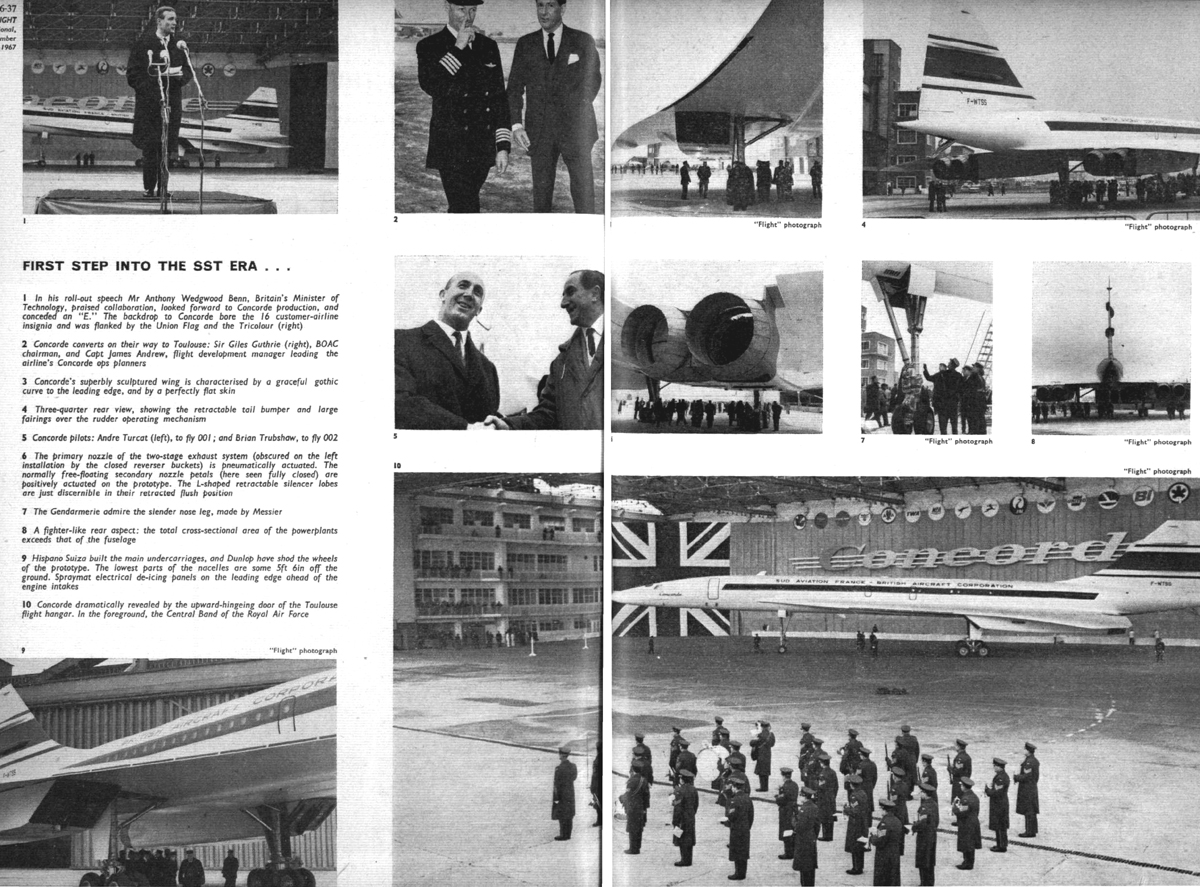 The late Brian Calvert, a BOAC captain who was assigned to the flight crew of the first British Airways Concorde service to Bahrain in 1976, told Flight International for our 2003 Concorde farewell issue how he attended the roll-out:

“By chance, I was the co-pilot of the VC10 that flew the BOAC board members to Toulouse for the roll-out ceremony, so I got to see the new aircraft first hand. We were seated in a grandstand in front of the hangar, with a French military band tootling in the background.

“The doors opened to rapturous applause, revealing quite the most beautiful aircraft I'd ever seen. A mechanic then walked across to the tug that was attached to the nose gear. He stepped in, adjusted his gloves, and towed the aircraft out, causing the needle nose to swing right over the crowd.”

Concorde emerges as the hangar doors open, while a military band “tootles” in the background

Among the dignitaries was the UK’s minister of technology, Anthony Wedgwood Benn (later known simply as Tony Benn) and his ministry colleague John Stonehouse, as well as Julian Amery, who was minister of aviation in 1962 and signed the original Anglo/French supersonic airliner collaboration agreement.

We reported that in his speech Wedgwood Benn “praised collaboration, looked forward to Concorde production, and conceded an ‘E’.” (Until that point, the UK spelling of “Concord” had been the usual way the aircraft was referred to outside France).

Even in those early days of the programme, the cost and technical challenges were already becoming apparent. With that in mind, Flight reported that Sir George Edwards, the BAC managing director, in his speech “made a succinct comment on the impact of the roll-out when he said that the tangible appearance of Concorde would perhaps reassure Ministers and planners on both sides of the Channel”.

Sir Giles Guthrie, the chairman of BOAC, had spoken about Concorde earlier in the day on board that VC10 being flown by Calvert. BOAC had “every intention of being first in the supersonic field with it”, he said.

Seemingly conscious that the roll-out was the very first stage of a very complex development programme, Guthrie remarked how everyone was “eagerly awaiting the first flight next year” and “looking forward to the time when the test flying and development work start to produce detailed information about performance and economics”. 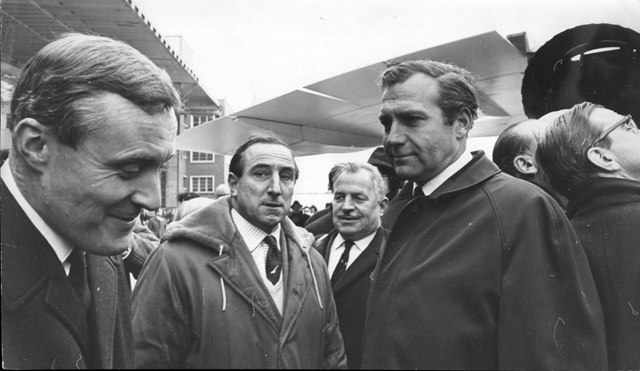 Tony Benn (left) was among the dignitaries to attend the event

Guthrie added that he was looking forward to the point “when we can really get down to our supersonic sums and start planning on a firm basis of facts and figures… when we will be able to make important decisions about an entry into the supersonic era".

Concorde did not fly in 1968 as hoped at the roll-out. It finally took to the air from Toulouse on 2 March 1969. Flight-testing lasted some six years, with the airliner making its service debut with its only two customers – Air France and BA – on 21 January 1976. Concorde’s retirement followed 27 years later in 2003.

The hangar from which that first Concorde emerged in 1967 is still standing among the Airbus buildings in Saint Martin. And if you take a close look at the hangar doors, you can still make out the faded insignias of those launch airlines…(below) 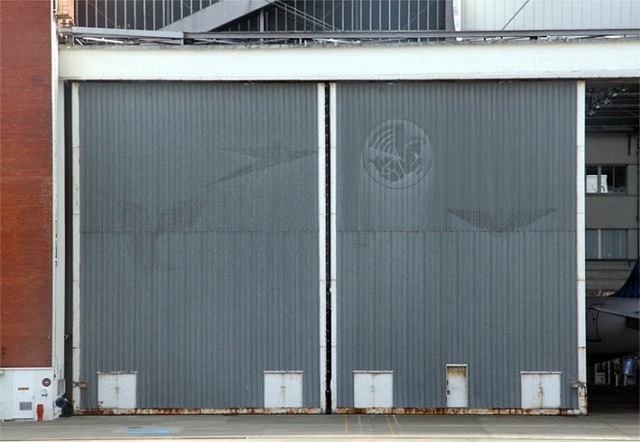