ANALYSIS: In U-Tapao, a growth opportunity for Thai Technical

The air at U-Tapao airport was abuzz in early May, and deputy director of Thai Technical’s aircraft overhaul department, Catipod Keadmonkong, was on a mission.

Parked in the distance at the hangar was a Thai Airways International Airbus A380, its distinctive purple tail peering out from the facility, and towering over everything else.

“This is the first time the A380 comes to U-Tapao,” a beaming Keadmonkong says, gesturing at the massive aircraft in the background.

But more importantly, the Thai Technical team at the MRO base there completed the A380's C-check in about 50 days, well under the average of 60 days.

Later at a media presentation, Keadmonkong would go on to describe the extent the team went to accommodate the A380 at its premises. For one, part of the hangar doors had to be cut out to allow the aircraft to enter. 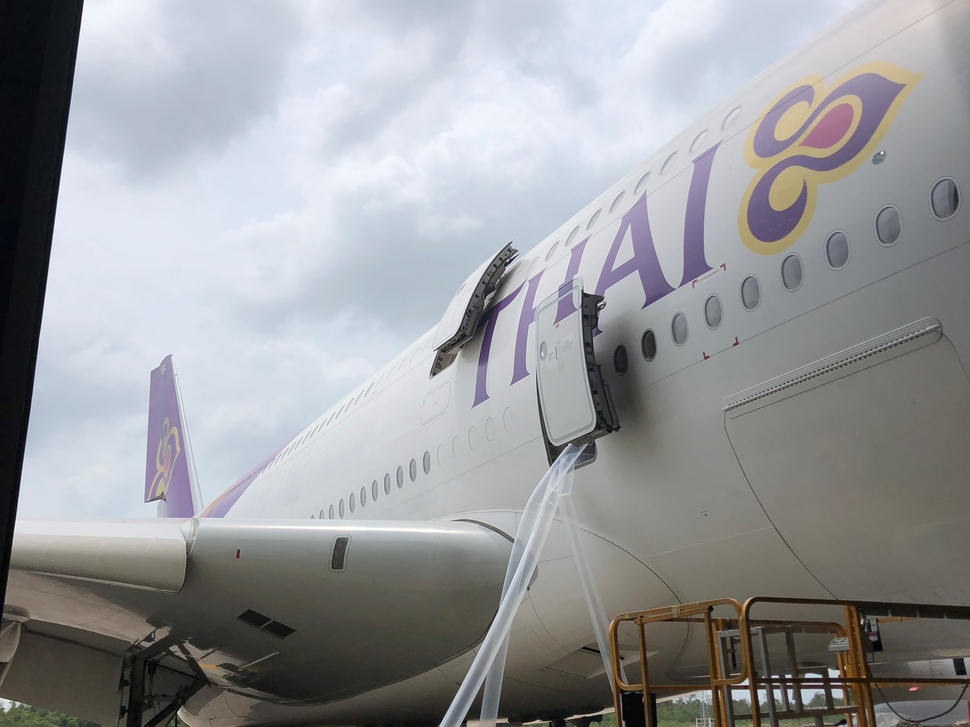 The buoyant mood at U-Tapao – Keadmonkong and the team were to have a celebratory dinner in the evening of the media visit – underscored the bold plans Thai Technical had for its U-Tapao base.

In its 20th year of operations, Thai Technical’s U-Tapao facility will soon be demolished to make way for a bigger, digital-centric MRO facility.

In 2017, Thai Technical, the MRO arm of Thai Airways, signed a memorandum of understanding with Airbus, followed by a co-operation agreement, to explore setting up of such a facility.

The new MRO campus is expected to open in July 2022, and will span 34ha (84 acres). The initial investment will see $181 million go towards construction and civil works, and another $114 million for tooling and equipment.

The joint venture with Airbus will be split 50-50 between both parties, although the Thai government will invest in it too. Construction is slated to commence by the end of the year, with the joint venture company to be set up by the middle of 2020.

That same year, training for staff for the new facility will also kick into high gear. In 2021, the lease agreement for the MRO campus will be signed, and the installation of equipment will commence, ahead of its opening in 2022.

More importantly, Keadmonkong says the new facility will ease the load off Thai Technical's Don Mueang facility, where the company conducts the bulk of its heavy maintenance for aircraft and engines, and is operating at near-full capacity.

At U-Tapao, it does C- and D-checks, along with engine overhaul work, and component and interior maintenance, while its third Bangkok-area facility at Suvarnabhumi International airport conducts light and line maintenance services.

Shifting some of its work to U-Tapao will open up capacity to better cater to third-party customers, which include Thai AirAsia, Nok Air, NokScoot and the VietJet group.

Thai Technical’s production engineer group chief at U-Tapao, Songyot Tangtrakarn, cites VietJet as an example of a client that it may be better able to cater to once it has additional capacity. “[VietJet] decided to come to us, but we don’t have the space for them [to do heavy maintenance]. In the future, when we have the new MRO campus, we can do so.”

The company's director of MRO strategy and business development Wilarp Thonglaxsanawong adds that while the bulk of Thai Technical’s work will still be for the Thai Airways group, it hopes to grow its share of third-party MRO work to about 20%. 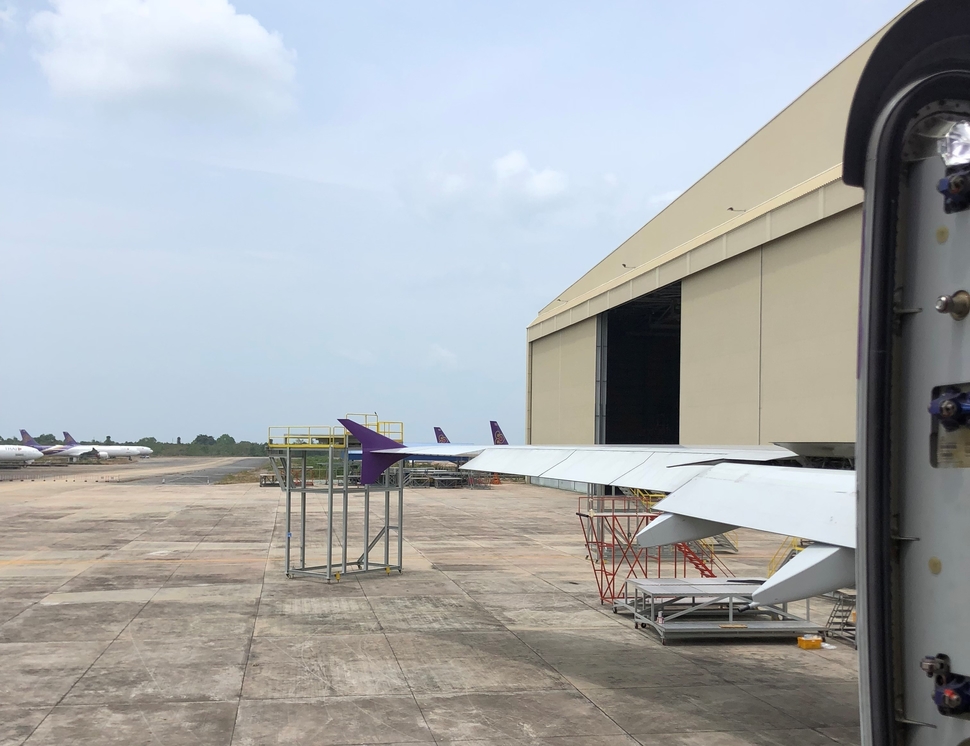 Thai Technical's MRO facility at U-Tapao will be torn down to make way for a newer, digital-centric campus

When the new U-Tapao facility is up and running, Thai Technical will make greater use of big data analytics, and a suite of smart tools, such as 3D-printing, says Thonglaxsanawong.

The digital-centric MRO shop will be a “hangar of the future”, he adds, that is expected to go fully paperless, and new technology will allow it to reduce its staff complement from around 460 today to 250.

Thai Technical estimates that by its 10th year of operation, the facility will generate Bt3 billion ($93.8 million) per year in revenue, and Bt22 billion per year after 50 years.

More immediately though, the company is focused on getting to the 2022 opening of the MRO campus — and when the day comes, Keadmonkong will be ready to showcase what it has to offer, once again.